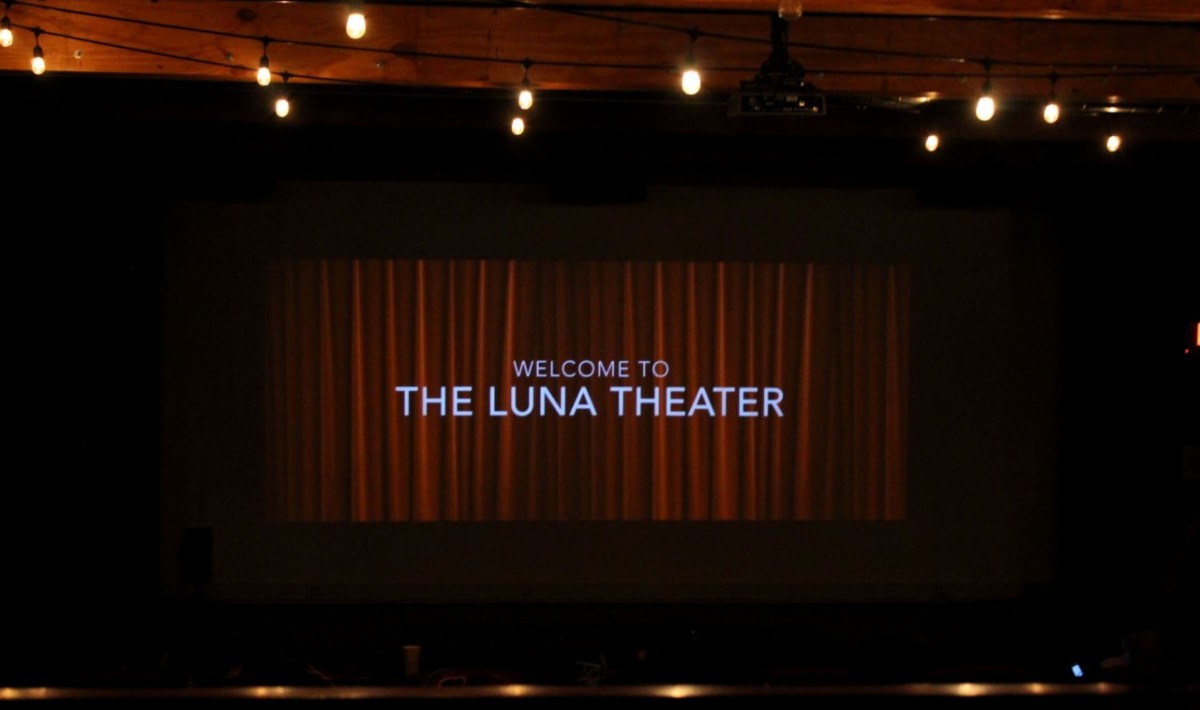 Luna Theater located in Mill No. 5 has one more film to show in the Philosophy and Film Series. (Connector/Marilyn Saha)

In the third installment of the Philosophy and Film Series made possible by the philosophy department, students, faculty and Lowell residents made the trek downtown to watch “Pulp Fiction” at the Luna Theater.

The Theater was packed more than ever. Students sat on the staircases, while others stood for the entire duration of the three-hour movie.

“Pulp Fiction” follows Jules Winnfield and Vincent Vega who are two hit men out to retrieve a suitcase stolen from their employer, mob boss Marsellus Wallace. Wallace has also asked Vincent to take his wife Mia out a couple of days later when Wallace will be out of town.

Butch Coolidge is an aging boxer who is paid by Wallace to lose his weight. The lives of these seemingly unrelated people are intertwined together resulting in a series of hilarious and bizarre incidents.

The Theater was relatively silent as everyone watched, except for the very frequent sound of laughter and the crunching of popcorn.

Just like the other Philosophy and Film Series screenings, “Pulp Fiction” was followed with a discussion lead by Professor Christa Hodapp.
The discussion circled around the idea of masculinity and race as portrayed throughout the movie.

“The gentleman/beast tension for these two characters is fairly obvious throughout the film. In fact, before entering Brett’s house, Jules tells Vincent, ‘Let’s get into character,’ making it clear that in some respects the two are consciously aware of oscillations in performative identity,” she said.

Jules and Vincent would comedically shift back and forth form acting like gentlemen philosophers to being brutal gangsters.

Hodapp also pointed out the role, or lack thereof, of women in the movie.
“The ‘gentleman’ mode is often not for the benefit of women – in fact, women are absent from most scenes involving Jules and Vincent together. Women are merely references or potential problems,” she said.

Emily Turcotte, a student of UMass Lowell, came to this viewing and said she thoroughly enjoyed it. She said, “The movie is pretty long, but the plot of it made it go by really quickly. It was amusing seeing how Jules and Vincent would go from talking about super deep meaningful ideas to going back to talking like gangsters.”

Student Nicholas Schickle also said he attended this showing. “This is my first movie in the Philosophy and Film Series. ‘Pulp Fiction’ is one of my favorite movies and watching it all over again was great. I also enjoyed the discussion that followed it. I never thought about the movie in that deep philosophical sense so it definitely made me view this movie differently after the discussion.”

The next and final installment of the Philosophy and Film Series will be on the last Monday of April at the Luna Theatre at 7:30 p.m. “Being John Malkovich” will be shown, and a discussion with Professor Luis Oliveira will follow.