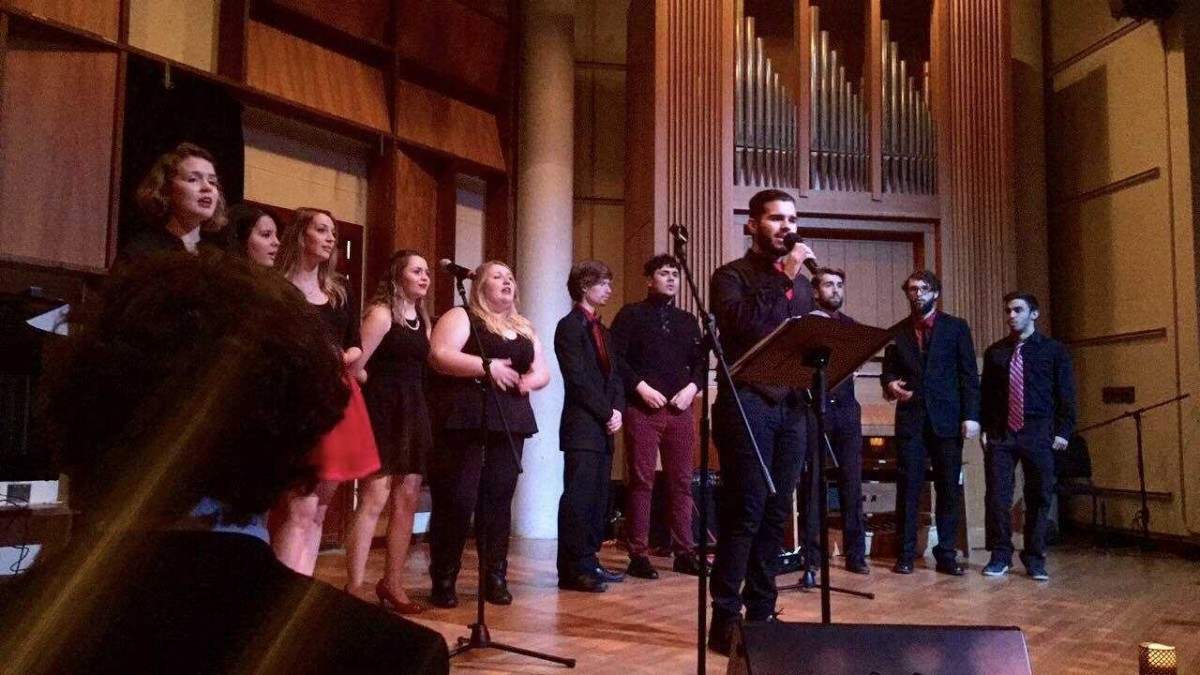 Vocality performs a concert during each semester of the school year. (Courtesy of Vocality)

At a school rich in diversity and support for music and arts, Vocality has exemplified just how people can come together and create something truly different and extraordinary with only their voices. This a cappella club is the only co-ed group on-campus that features several performances over the course of the year.

On Sunday, Sept. 10, the club will be hosting auditions for anyone interested in exploring their talents and improving their singing. This year is particularly big for the a cappella group because there is the potential of an EP on the horizon, which will feature all current members as well as the new ones.

Their EP follows other a cappella groups’ Eps, including the all men’s Hawkappella release that happened last year. That EP saw huge success after hard work and dedication, and Vocality’s is expected to be no different.

Over the course of the semester, Vocality actively works hard to get the UMass Lowell community involved and excited about a cappella music. Through karaoke and a cappella nights, Vocality uses their strengths to engage students in a genre that they are not particularly used to.

“We are always trying to figure out fun ways to get the community involved and singing with us,” says music director Alex Morrow. “We don’t want them to be single group events. Everyone likes to sing.”

Vocality has also teamed up with several other a cappella groups at UMass Lowell to help students discover their passion for singing through both on-campus and off-campus activities.

Through their weekly rehearsals and concerts, Vocality has created an inclusive community among its members that grows year after year.

“I went [to the audition] and the people there were super cool. From there it kind of just turned into a family of mine. We all became great friends,” says Morrow. “We seriously care about each other.”

Unlike many of the other a cappella groups on-campus, Vocality does not attend competitions. When deciding on the matter at the start of the semester, Morrow, as well as other members, said that recording the EP is worth more than any competition in the long run. “An EP sticks around a bit longer than a competition,” says Morrow.

He says that the experience and togetherness that comes from the rehearsals and events creates a welcoming environment for everyone: “By the end of the semester, we are basically joined at the hip.”

For more information about Vocality, reach out to Morrow at alex_morrow@student.uml.edu.