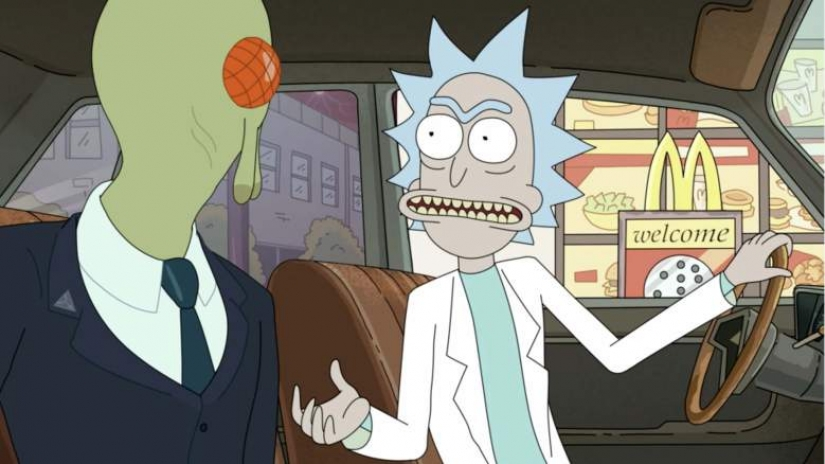 Dan Harmon credited the long time it took for the third season to be written on his perfectinonism. (Courtesy of Warner Bros. Television Distribution)

“Rick and Morty” is a show that always appeared to have no boundaries. Since its debut in 2013, the series has made a name for itself tackling all manner of science fiction trope with a wry, nihilistic attitude unlike anything else on TV. And with the show ending its previous season on a surprisingly heartfelt cliffhanger followed by a massive year-and-a-half long wait for season three, the series’ die-hard fanbase has been chomping at the bit to find out what’s next. And the result is not the best season by any means, but by far the most interesting to date.

For those unaware, “Rick and Morty” is an animated sitcom following the adventures of Rick, a crackpot super-genius with a penchant for intergalactic and interdimensional hijinks, and Morty, Rick’s hapless assistant and beloved grandson. Each episode follows the duo as they partake in equal parts fantastical and deeply traumatizing adventures on top of dealing with the painfully mundane problems of suburban life, as well as keeping their extended family alive when the two inevitably intersect. Season three begins with these two halves coming into more direct conflict than ever, with Rick’s plan to systematically destroy every group that has ever threatened him leading to Morty’s parents getting a divorce, leaving Rick as the de-facto leader of the family.

What makes this season of “Rick and Morty” so interesting is that, not only does it represent the show at its most dark and depraved, but also its most introspective. While the supernatural aspect remains an integral part of the show, the duo’s adventures this time around are less concerned with their own self-contained plotlines and more on performing a psychological deep-dive into the flaws of the Smith family, from how they are coping (or failing to cope) with recent events to how they both want to support each other and actively prevent each other’s growth. Rick is not spared from this treatment either, with the show being more critical than ever of his self-destructive tendencies and penchant for leaving the consequences of his actions on the shoulders of the people he cares about most. This introspective angle is surprisingly effective, leading to some of the series’ best episodes to date.

The problem with this introspection is that it exposes a serious problem with how the show is constructed: while it may be interested in developing its characters past their starting archetypes and telling a complete story arc with them, it cannot actually go through with that arc because the show is, at its core, a sitcom. For them to actually give these characters a satisfying arc and grow as people in a substantial way, the series has to have an ending. But at this point, with the show easily being the most popular in Adult Swim’s history, it cannot end yet. To be fair, progress is made by the end of the season and the show improves by fleshing out its characters further, but the impact of that progress overall is minimalized in order to keep the status quo intact.

This can be seen most plainly in the relationship between the two leads, which constantly feels like it is resting on the tipping point of either massive change or total collapse. Rick clearly cares deeply for Morty, but his massive superiority complex and his reflexive need to demean his grandson’s feelings at every turn does nothing but strain their relationship. And Morty, while still loyal to his grandfather to a point, has by now learned better than anyone what Rick is capable of and the danger he could pose unchecked. But nothing ever comes of this conflict, with both characters often defaulting back to their standard routine either because of some science fiction deus ex machina or their own stubborn refusal to face their problems head on. This is not a deal breaker by any means, but the season is at its absolute worst when this conflict comes to the forefront.

All of this is not to say that “Rick and Morty” season three is bad; it is far from it in fact. The sharp dialogue and raunchy wit that made the series popular is still present in full force, the cast gives some of their best performances to date and it still has plenty of tricks up its sleeve to surprise its audience. But if this season proved anything, it is that the status quo is not good enough anymore. The show has earned enough good will to give this season a pass, but if “Rick and Morty” cannot decide how to push the envelope further, it is not going to survive another season. The one hope on that front is that, from how this season ended, the creators know this too.