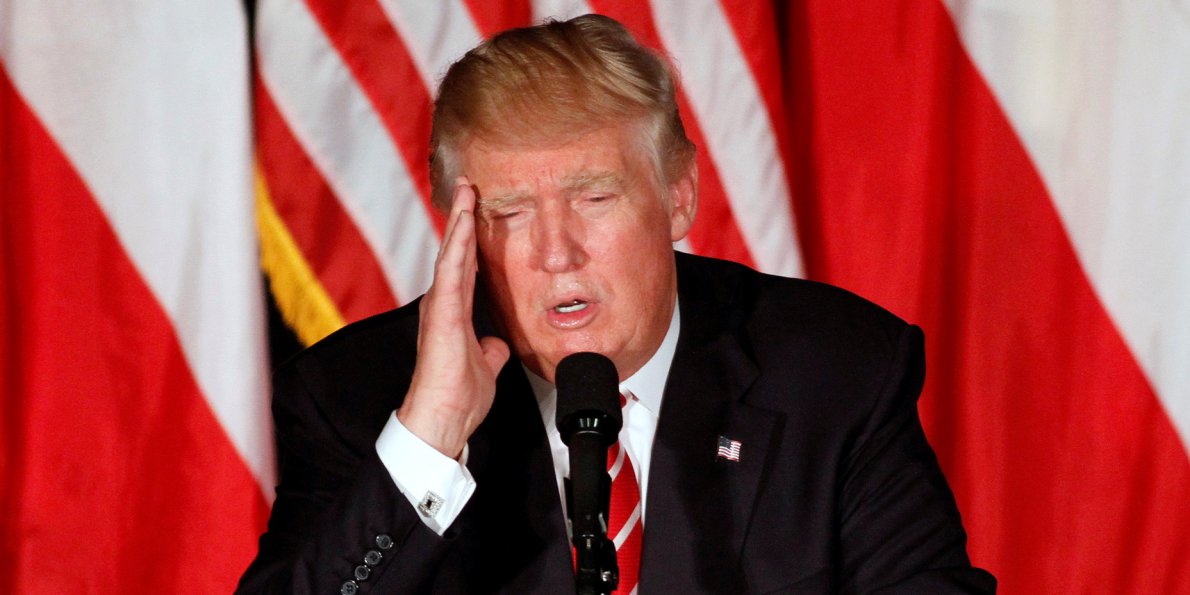 Another headache comes for President Trump in the second year of his presidency. (Alex Wong/Getty Images)

On February 2, 2018, the Foreign Intelligence Surveillance Act Abuses at the Department of Justice and the Federal Bureau of Investigation, also known as the Nunes Memo, was released. According to Representative Devin Nunes, the memo details a timeline of abusive and unlawful surveillance activity and relying on political bias to start an investigation into Russia’s possible collusion with the Trump campaign. After its release, as per usual, President Trump took to Twitter to claim that the memo vindicated him in the Russia probe, while ranking democrat of the House Intelligence Community Adam Schiff and republican Senator John McCain both rebuked the memo.

Despite overwhelming criticism of the memo, and with many on different sides of the political aisle saying that memo does nothing to prove abuse by the intelligence community, nor does it discredit the Mueller probe, Trump insists that it does just that. This raises the question of why Trump is so desperate to discredit Robert Mueller and the probe into possible Russian interference in the 2016 election.

The Mueller investigation has proven that there is reason for it. Former member of Trump’s foreign policy advisory panel, George Papadopoulos, was arrested in July of 2017 and was reportedly cooperating with Mueller in October of the same year. Also in October, former Trump campaign manager Paul Manafort and his associate Rick Gates on multiple charges, including conspiracy against the United States. In early December of 2017, Trump’s former National Security Advisor Mike Flynn had reportedly made a plea bargain with Mueller in the ongoing Russia probe. It is an irrefutable fact that members of Trump’s campaign were breaking the law.

That fact alone should make Trump want the probe to continue. Trump has consistently made it clear that law and order is important to him. If people who were members of his presidential campaign, or who are currently serving in his administration, are guilty of criminal activity, it would stand to reason that Trump would want those people revealed.

It would also stand to reason that, if it’s like Trump has stated on multiple occasions that there was no Russian collusion, he should be happy about the probe. He has stated that he is positive that he will be proven innocent by the probe, which one would think means that Trump has faith in Mueller’s capabilities as an investigator to avoid bias. So, if Trump is innocent like he says, and he supposedly has faith in Mueller, then why try to discredit him at every turn of the investigation?

If it’s like Trump says, then the Mueller investigation will bring about the end of what Trump has deemed a witch hunt, proving to his political opposition that there was no criminal activity between him and the Russians during the election. The ongoing theory of Russian interference to help Trump has been one of, if not the, main hurdles to his presidency, and no one would like that to end more than he.

With all of that laid out, Trump should be the one screaming from the rooftops for the probe to continue. It would prove his innocence and would improve his self-proclaimed image of being pro law and order by showing that even his political allies were not above the law in his eyes. Instead, he has shown the exact opposite reaction than he should.

Granted, an innocent man being investigated for a crime he did not commit would make anyone annoyed or even angry, but they would not try to undermine the investigation at every obstacle. There have been multiple reports of Trump considering the possibility of trying to fire Mueller, and there was talk that he was floating around the possibility of a pardon in Mike Flynn’s direction.

Trump’s own proclamations state that he is innocent, but his behavior does not suggest that. His behavior suggests that he has something to fear from Mueller, if he is trying to buy those who were close to him’s silence with a potential presidential pardon, or trying to fire the man investigating him, which is how he first got in trouble with the firing of former FBI Director James Comey in May of 2017.

The facts are this: Trump is under investigation for obstruction of justice based on firing James Comey, who was investigating his campaign for potential ties to Russia. Four members of Trump’s campaign and administration have been indicted, and some of those have agreed to deals with Mueller, including Papadopolous, Flynn and Steve Bannon. Trump’s behavior goes against what a self-proclaimed innocent man would do, such as attempting to get rid of the person investigating him or and trying to discredit not just Mueller, but his own intelligence community, his most constant target being the FBI.

If Trump is truly innocent, he needs to allow Mueller to continue his probe and figure out the full reach of criminal activity that was committed by members of Trump’s campaign and administration. If he is guilty, for his own sake he needs to do the same, otherwise he will go down sooner.