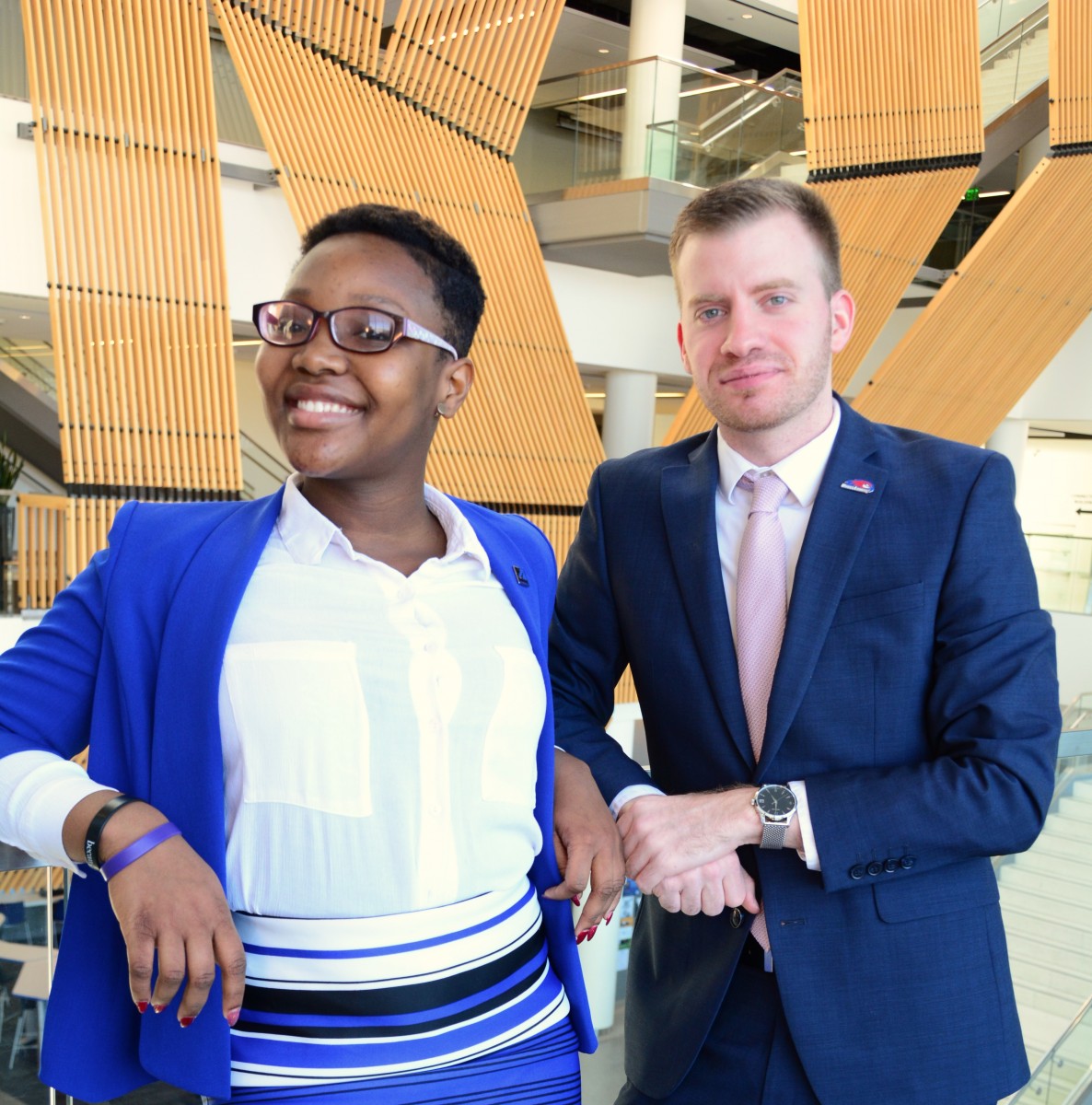 DiFilippo and Okey-ewurum bring prior SGA experience. (Courtesy of the DiFilippo/Okey-ewurum Campaign)

Running together, the DiFilippo/Okey-ewurum campaign features the common theme of rebranding SGA to become more in-touch with the student body.

DiFilippo brings a wealth of SGA experience into his campaign as he has served as a senator at-large for each of the past three years. Now entering his senior year at UMass Lowell, he hopes to use his past observations to better serve his fellow students. This past year, DiFilippo was on executive board of student government as the Chair of Academic Affairs committee. Originally from Malden, Mass., he now lives on campus as a marketing and management major in the Manning School of Business.

DiFilippo’s running mate, Vilma Okey-ewurum was intrigued to collaborate based on his experience and how well they complement one another. As the vice president of SGA, one’s role includes running the senate, a group that Okey’Ewurum is very familiar with as she is currently a senator of the Zuckerberg College of Health Sciences.

At a university with international students ranging from over 60 different countries, Okey-ewurum plans to use her own experience as a foreign student to advocate for improvements in understanding this demographic. She is originally from Nigeria and is currently in her third year at UMass Lowell. In addition to serving as the vice chair of student government public relations committee and coordinator for the UMass Lowell orientation program, Okey-ewurum is also the president of the Gospel Choir.

As for role definition, the president of SGA is the main student contact for UMass Lowell’s administration communications. No stranger to this relationship, DiFilippo has already developed a long-standing working relationship with UMass Lowell Chancellor Jacquie Moloney in his position on the executive board of SGA. He attends monthly luncheons with UMass Lowell’s top administration and is proud to be the only candidate having previous SGA executive board experience. “We need opportunities that reflect the student body’s needs” said DiFilippo.

As a senator, DiFilippo has already begun making changes in mental health legislation and gaining support for an LGBTQ resource center. While working on his official proposal for those matters, DiFilippo and Okey-ewurum will also be ramping up their campaign awareness. After announcing their candidacy on March 20, the team plans on visiting clubs for outreach, promoting their objectives on social media and spreading awareness on campus with flyers and signage.

In regards to the campaign’s formidable actions and stances, DiFilippo and Okey-ewurum emphasize putting the students’ needs first. They advocate for: more student support services, more academic services and a continuous dialogue with the student body. Some of their plans include: more mental health services, a fight for 24-hour study spaces, more on-campus job opportunities, better advising for students and making SGA more accessible for students.

Voting is held on April 3 and 4 at uml.edu/elections. Undergraduate students currently enrolled can log-in with their student credentials. To learn more about DiFilippo and Okey-ewurum’s campaign, visit their website at UMLforward.com.