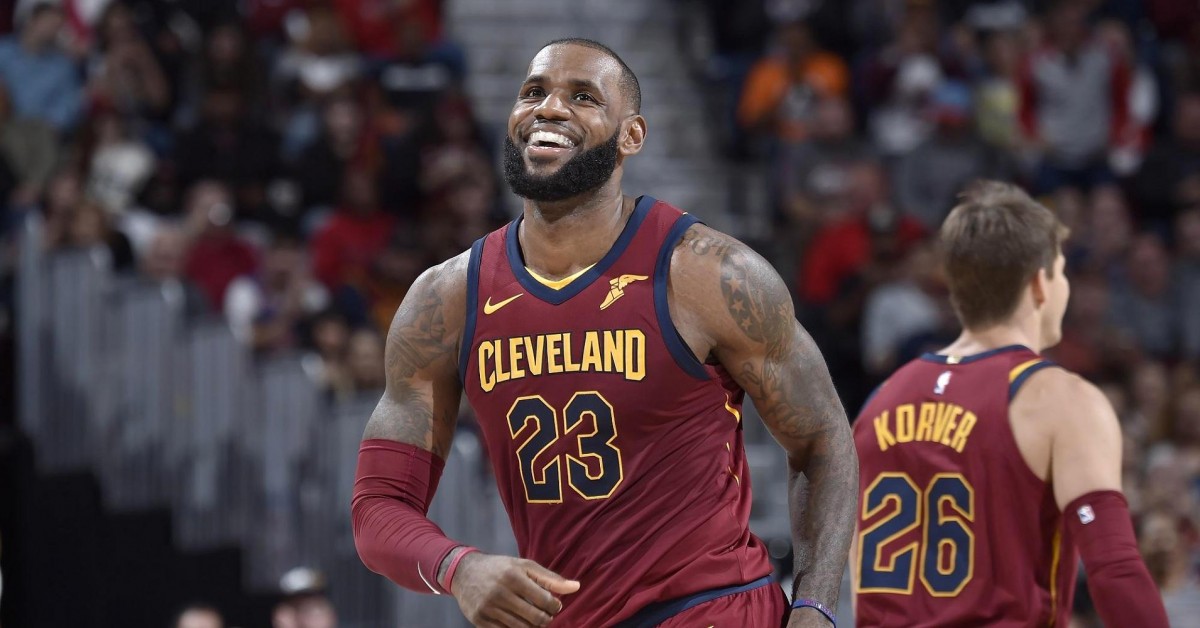 LeBron James and the Cleveland Cavaliers lost game one in the opening round of playoffs. (David Liam Kyle/Getty Images).

The National Basketball Association (NBA) playoffs are underway, and the excitement and the hot takes are high and par for the course for the NBA. Three big stories have emerged from the first few games of the first round: LeBron James and the Cleveland Cavaliers look their most vulnerable, Brad Stevens is working magic with the Boston Celtics and the New Orleans Pelicans will be a tough out in the playoffs.

The Indiana Pacers shocked the NBA world when they pulled off the upset in game one against the Cavaliers handing James his first opening round loss in eight years. The win is not so shocking for those who have been following the Pacers all year. Victor Oladipo’s breakout year continues in the playoffs as the team’s playing style is perfect in breaking down an older and slower Cavaliers team. Except for Kevin Love, the supporting cast has been inconsistent. The Cavs have no other playmakers outside of James, and he needs to play the whole game at a high level to ensure the Cavs stay competitive. But how long can James continue his Herculean effort?

The idea that the best player usually wins the series is one of the big NBA cliches. That may have to change to include the best coach in a series, and it is hard to argue against Brad Stevens being the best coach of the first round. The Celtics have found creative ways to neutralize Giannis Antetokounmpo and the Milwaukee Bucks. Eric Bledsoe has largely been absent for this series, and the Bucks have very little outside shooting to punish the Celtics with lineups that feature Antetokounmpo playing the four or the five. Al Horford continues to anchor the Celtics defense, as he has done throughout the year, and Jaylen Brown and Terry Rozier have stepped up in the series with the absence of Kyrie Irving. The Celtics will continue to be overlooked due to their lack of big name stars, but Stevens has worked a master class against the Bucks and will continue to do so for the rest of the playoffs.

How far can the Pelicans go? As far as Anthony Davis can carry them. Davis is continuing his MVP-level play, and more importantly, the Pelicans are getting production from their backcourt of Rajon Rondo and Jrue Holiday. “Playoff Rondo” is a real thing, and he is doing a great job at leading the offense and just giving the ball to Davis. The Portland Trail Blazers have very little answers for him. Jusuf Nurkic and Ed Davis have been tasked to defend Anthony Davis, and they have been less than successful. Holiday has been a very underrated defender throughout the year, and his defense has been seen first-hand by Damian Lillard and CJ McCollum. The duo and head coach Terry Stotts have struggled to find consistent, quality offensive production. Losing their home-court advantage hurts significantly as the Pelicans are seemingly on their way to sweep the Blazers.

The Houston Rockets and Golden State Warriors will most likely also sweep their first-round series, and the Toronto Raptors might stumble a bit against the Washington Wizards, but they look to be moving on to the second round as well. That leaves the two more competitive matchups in the first round: the Oklahoma City Thunder versus the Utah Jazz and the Miami Heat versus the Philadelphia 76ers.

The return of Joel Embiid has brought even more problems for the Heat who, on paper, do not have the talent that the young Sixers have. Embiid and Ben Simmons are matchup nightmares that the Heat have struggled to defend. The one hope the Heat have is to have their 3-pointers fall at the right time and for the Sixers’ outside shooters to get cold as they did in game two. What can change the series dramatically for Miami is Hassan Whiteside to step up on either end of the court. He has been unplayable for the Heat due to his lack of presence on the offensive end and his inability to be a reliable rim protector.

The Jazz-Thunder series has been the most exciting of the first round. These two teams are perfectly matched up with the Jazz’s defense led by Rudy Gobert going up against two of the best offensive players in the league led by Russell Westbrook and Paul George. Rookie Donovan Mitchell is playing with all the confidence in the world. He does not shy away from the moment and has stepped up in crunch time for the Jazz. It is hard to pick a clear winner at this point; making each possession count for each game, and the pace of the games will make this series decided by supporting players like Ricky Rubio, Derrick Favors and Joe Ingles for the Jazz and Carmelo Anthony and Steven Adams for the Thunder. These players can alter any game in what has been a must-watch series for any NBA fan.