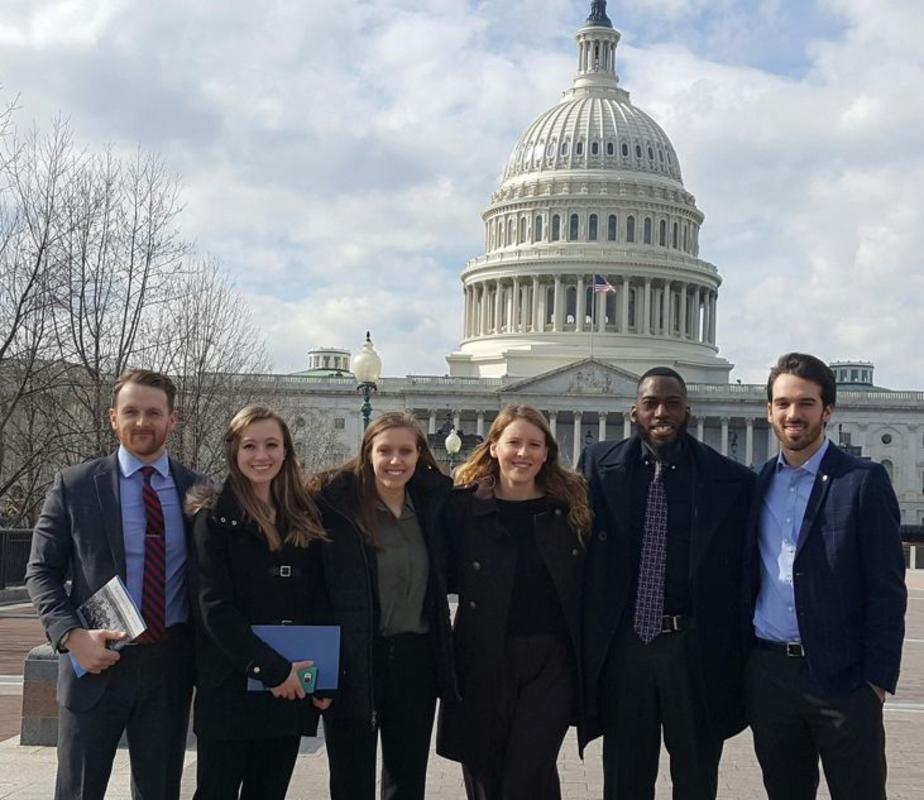 Acclaimed across the northeast as a top-of-the-line engineering and nursing school, one would never think that UMass Lowell might also be at the forefront of the nation-wide effort to combat risky online decision making and extremist grooming of American youth through the development educational programming.

But a million-dollar research grant from the US Department of Justice recently secured by the educational not-for-profit organization Operation250 would argue quite the opposite.

The brain-child of UMass Lowell students and faculty in the Center for Terrorism and Security Studies, Operation250, otherwise known as Op250, was named for the 250 American citizens believed to have been recruited to leave the US and join forces with ISIS at the time of the non-profit’s creation.

“The goal was to stop ISIS from recruiting the next 250,” Tyler Cote, co-founder of Op250, told the Boston Herald last week.

Op250’s ongoing mission, as described by the Director of the Center for Terrorism and Security Studies and associate professor Neil Shortland, is to develop an engaging and interactive curriculum centered around educating about “online safety and risky decision making” as well as avoiding cyber-grooming conducted by deviants and extremists who prey on “early to late teen audiences.”

Op250’s educational model, consisting of 11 key touchpoints, is designed to take high-risk youth, or youths engaging in risky decision making online, and guide them toward more pro-social and safe behaviors on the internet.

The curriculum can also be structured and directed toward parents and educators to make them aware of the strategies of online groomers and the warning signs at-risk youth may display during the grooming process.

“The study of all this is just so new, and there’s this massive learning curve across the nation with how we combat extremism. We’re trying to be a part of the nationwide learning curve surrounding this topic with our grant. We just want to make that contribution to the field,” said Cote.

The hefty grant DOJ grant will allow Op250 to, in cooperation with Harvard and Georgia State University, develop a research experiment to assess the outcomes of the Operation250 curriculum on at-risk youth.

Currently in the early stages of development between Harvard and UMass Lowell is the randomized control trial that will be the focal point of the research; and aid in determining the substantive impact of the Op250 curriculum on at-risk youth.

“You look at how much these students have changed since their initial screening and assess the difference,” said Shortland, “In theory, the students who went through Op250 should show a

Op250 has not always, however, been a stand-alone non-profit in the spotlight of the national discussion surrounding online safety and extremism.

The organization initially formed under the tutelage of Professor Shortland, tasked to create a “counter-violent-extremism platform on the internet” for the National Institute of Justice and Edventure Partner’s “Peer to Peer: Countering Extremism (P2P)” student innovation competition.

The UMass Lowell internship team hit their stride in the second semester working toward this goal, and Op250 placed third nationally with their model. Further bettering their product, Op250 would go on to win UMass Lowell’s DifferenceMaker competition in the spring of 2017.

The passion of the team to continue bettering and individualizing the model is likely what has made Op250 successful so early on. For Tyler Cote, it’s all an important part of adding to an integrated and optimized multi-pronged approach to combatting the impact of extremism.

“The issue with countering terrorism is that most people don’t know of any other ways to counter it than boots on the ground or dropping warheads. What we’re seeing is it’s going to become a sort of combined effort between the boots on the ground and programs like ours… With all the parts in motion to the right degree, I think we’re going to start seeing a change in the way we counter extremism,” said Cote.

Should the research funded by the DOJ grant affirm Op250’s educational model, Shortland and Cote believe the sky is the limit. Their ambitious glances five to ten years into the future see a multinational network of educators facilitating the development of Op250 in their respective school systems to make the world a safer place.

With any luck, Op250 may just put UMass Lowell on the map in yet another growing academic field: that cyber-security and combatting extremist grooming nationwide.

Shortland believes the implications are even larger, indicating that Op250 could be not only a model for how the US and other nations could combat extremism through educational means but also an example of the amazing progress that can be made through the funding of student ideas, research and businesses.

“If you just take an 18-year-old and you let them build something – within a year they build something superb you never would have thought of. For me it’s a lesson in trusting our students with solutions,” said Shortland.