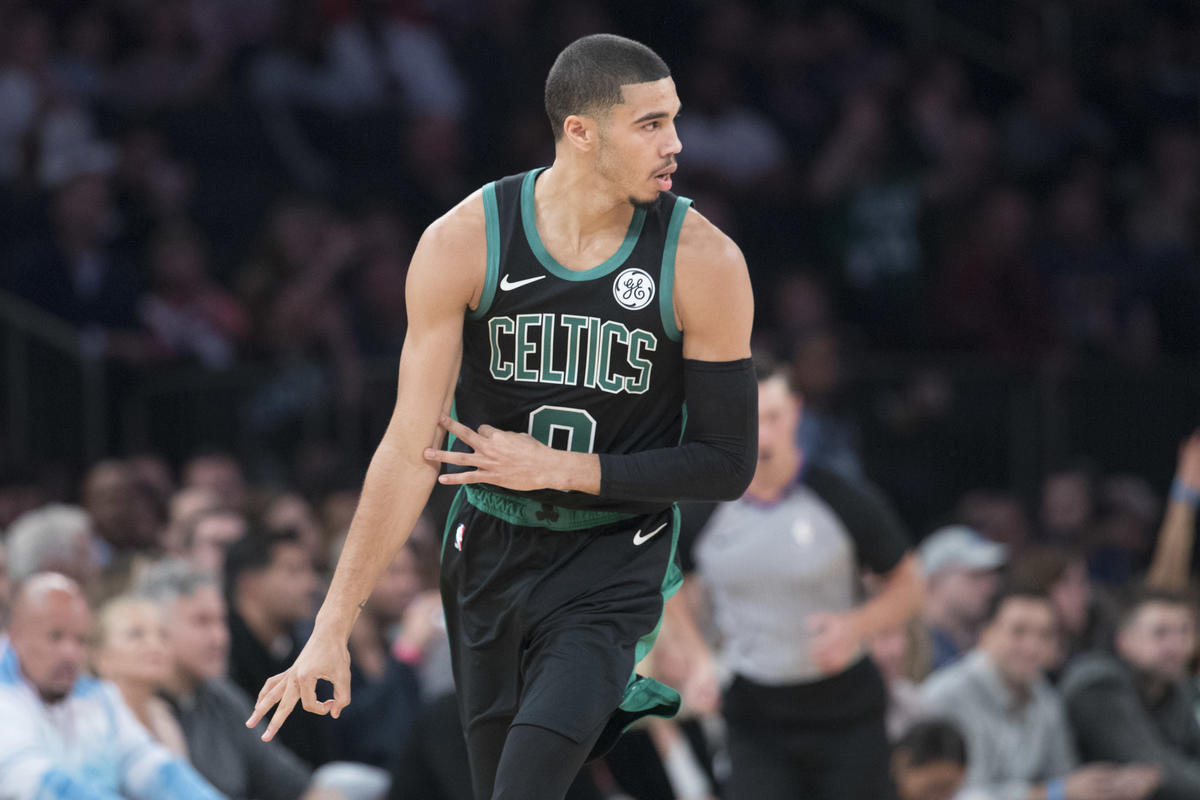 Boston Celtics forward Jayson Tatum has become one of the most exciting young players in the National Basketball Association (NBA). He also has the potential to be the best player on the Celtics this season.

The 20-year-old, second-year player is averaging 21 points and 10.7 rebounds through the first three games of the season. He has been one of the leaders of the Celtics’ offense as Kyrie Irving and Gordan Hayward are off to slow starts to their years.

One of the big storylines coming in for the Celtics was how Tatum and Hayward could coexist starting together. Head coach Brad Stevens has figured it out with his motion-based offense that spaces the floor well.

The Celtics also play well defensively as well. Danny Ainge, president of basketball operations, has constructed a lineup where positions are fluid giving Stevens and the coaching staff a countless number of player combinations to work with.

Tatum has the versatility to play four different positions, and Stevens has shown confidence in him to do that as Tatum has played a lot of minutes. This will prove to be helpful for Boston as they are taking a slow approach as he tries to gain back his form after recovering from his season-ending injury from last season. He has also taken a similar role that he played in the 2018 postseason for the Celtics offense.

He has developed his skills as a leading ball handler, and his confidence has not fadded. That was evident on Oct. 20 against the New York Knicks when he hit a turn-around jump shot to seal the victory for the Celtics.

Many NBA wrtiers and analysts have been touting Tatum’s potential as a star player in the NBA. Despite finishing below the Rookie of the Year voting behind Utah Jazz guard Donovan Mitchell and Philadelphia 76ers forward Ben Simmons, Tatum’s projection is much higher than the two because of his ability to shoot the three at a high level and his versatility on the offensively and defensivley.

His potential could make or break the season for the Celtics. They are one of the favorites to win the NBA Finals this year, but the Celtics do not have a legitimate superstar. Irving and Hayward have had flashes of their potential ceilings as players, but they have shown that they need a lot of help.

Irving was a good stats but on a bad team kind of player before LeBron James returned to the Cleveland Cavailers. Hayward is a respected player in the league but has never been in discussions of a top-10 NBA player.

Stevens can get the Celtics to play beautiful basketball, but the talent of the team is not that much better than the Tortonto Raptors and the 76ers who have superstar-caliber players like Kawhi Leonard and Ben Simmons and Joel Emiid respectively.

Tatum’s potential can give the Celtics the boost they are looking for if they want to prove to the league that they are legitimate contenders for the NBA title. If Tatum can become a top-15 player for the Celtics, then their ceiling is limitless, especially against the Golden State Warriors.