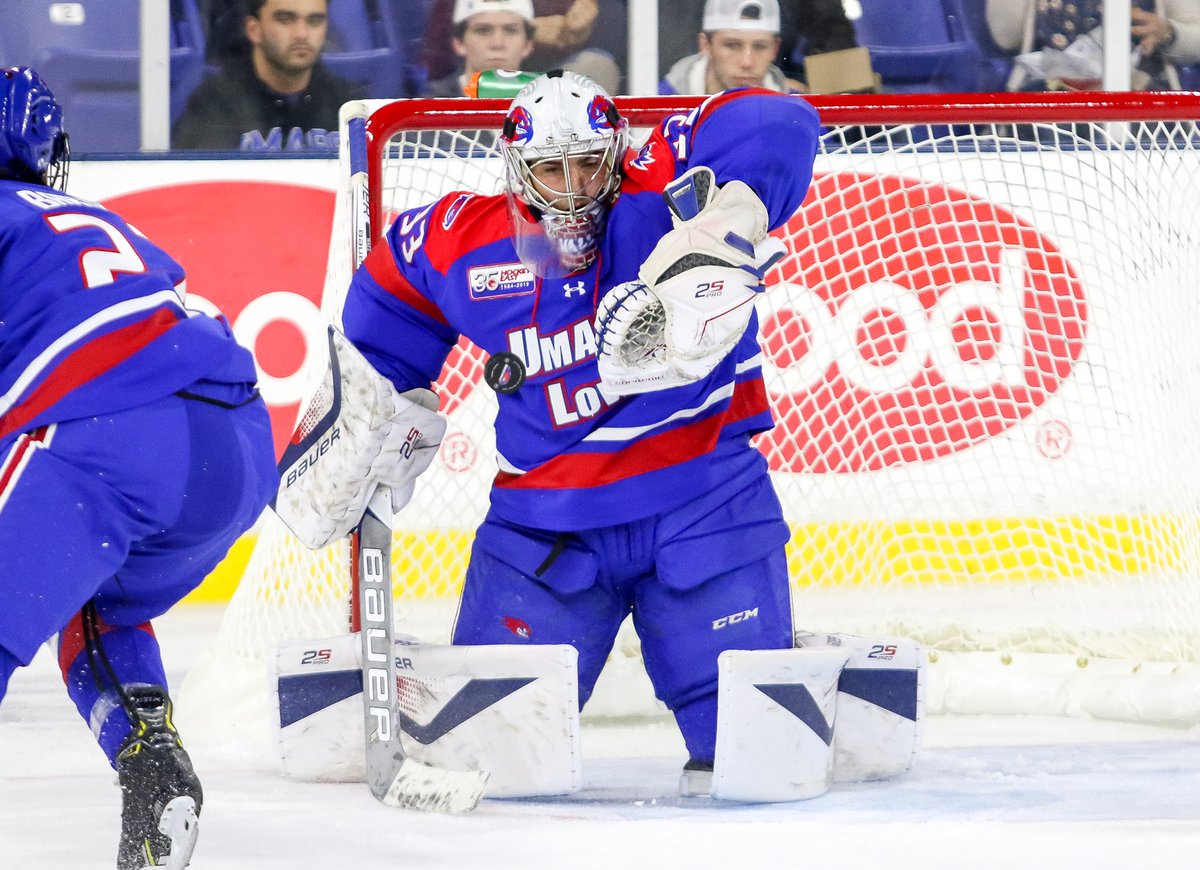 The stunning opener to the 2018-19 UMass Lowell men’s hockey season came to a close Friday night under a chorus of jangling keys in the Tsongas Arena. Taunts and chants rained down from the UMass Lowell fan section as the River Hawks officially secured their first win of the regular season.

Chants and taunts aside, however, the River Hawk win came by way of a hotly contested 2-1 showdown with a deep Rochester Institute of Technology Tigers.

“It was a very well-played game from a standpoint of competitiveness on both sides. Both goalies were excellent. We traded chances and there was a lot of excitement for the fans,” said River Hawk head coach Norm Bazin, “We’re excited to get two points, but I think tonight could have easily gone either way; We’re fortunate.”

Fortunate the River Hawks were. Early on, the game was something of a track meet – with both teams racing down the ice with odd man rushes.

Up until just beyond the midway point in regulation, neither team had truly commanded play. Both teams had been presented their fair share of goal scoring opportunities, with the shooting stat favoring RIT by a slim 18-15 margin after two periods of play.

The back and forth nature of play gave way in the 2nd period when UMass Lowell committed a costly turnover to the left of their own net in the closing minutes of play.

The Tigers converted on this mistake, with junior forward Jordan Peacock scooping the puck up from a disorganized UMass Lowell and centering it to senior forward Mark Logan for a shot attempt that slipped past the blocker of UMass Lowell’s junior goaltender Tyler Wall.

Wall started the season opener much to the surprise of some UMass Lowell fans, who still bore fresh in their minds a troubling sophomore slump that dragged the stellar 2016-17 Hockey East Championship goaltender out of his starting role in exchange for then junior Christoffer Hernberg early last fall.

“Adversity is good for you… you appreciate the game a little bit more when you’ve gone through hard times. It’s very necessary. Don’t feel bad for Tyler. He’s strong enough mentally to handle every bit of it… I think he’s got a long future ahead of him in hockey. I think he’s going to have a great year,” said Coach Bazin to press at Hockey East Media Day on October 2nd.

It would seem Bazin had every reason to be confident in Wall. For if it was not for numerous key saves throughout the game, in which Wall faced a total of 26 shots, RIT could have come away with two points – and victory over the River Hawks.

With Wall and a strong defensive effort, UMass Lowell battled through the tit for tat 1st and 2nd Periods of play and set themselves up for their come-from-behind victory.

“Early season hockey is not a work of art. There’s a lot of momentum shifts. There’s a lot of broken plays and missed passes… But I’m proud of the way the guys battled through some adversity,” said Bazin, “These are tests that you need to pass if you’re going to be a good team down the line.”

The River Hawks passed with flying colors. The final period of regulation saw a slow start for UMass Lowell, but the team capitalized on the momentum shifts mentioned by Coach Bazin.

What began as a small momentum shift early in the period as senior forward, and captain, Conor Wilson netted a loose puck to tie the game at one, assisted by fellow forwards Ryan Dmowski and Ryan Lohin, soon transformed into a commanding offensive presence of UMass Lowell.

Almost immediately after the Dmowski goal, freshman defenseman Dominik Procopio would net a wrist shot from the right half-board. His goal would be called back upon review for goaltender interference, but it would be too late.

The River Hawks had caught fire, and they proceeded to test the RIT defense and pepper sophomore goaltender Logan Drackett with shots.

UMass Lowell’s composed response entering the final minutes, coupled with a commanding offensive presence would eventually prove to strong for RIT to withstand.

Dmowski would find the score sheet again late in the period, giving UMass Lowell the 2-1 lead with a high wrist shot over the shoulder of Dackett assisted by sophomore defenseman Croiz Evingson and senior forward Nick Master.

The Dmowski goal would be the nail in the coffin and sent RIT back to the drawing board for their second matchup with UMass Lowell in as many days – Saturday at the Tsongas Center after River Hawk Homecoming. Puck drops at 6 p.m.