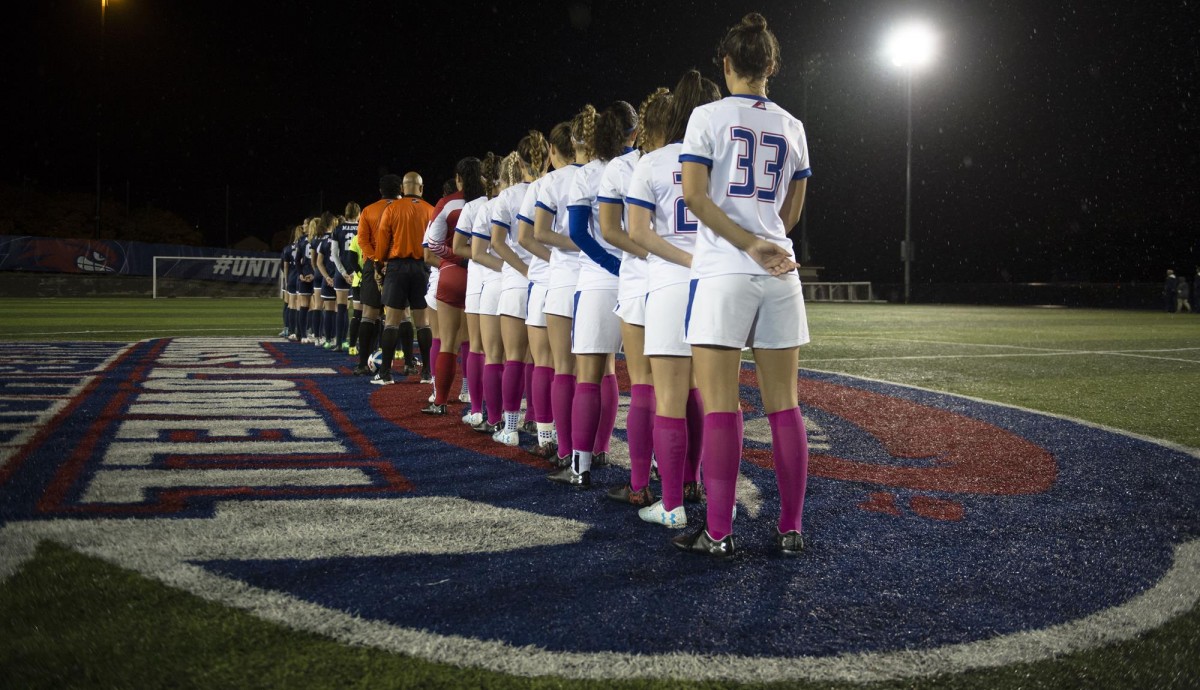 “Today we were not good enough. We came into the game today with a lack of energy, and [we] felt like things were going to fall into place,” said head coach Mira Novak.

The River Hawks controlled possession at the start of the first half. Freshman midfielder Lily Fabian had a chance early, but her shot went wide.

The defense held Maine in check on their corner kick chances blocking their shots and preventing scoring chances each time.

Maine eventually scored a goal off a corner kick with about ten minutes left in the first half to put Maine up 1-0. Senior defender Mikayla Morin scored off a header that went out of the reach of redshirt sophomore goalkeeper Lauren Huff.

“We knew Maine were dangerous on set pieces. They had a few set pieces in the first half. Obviously, we were punished. [It’s] really hard to come back against a team like them,” said head coach Mira Novak. “Defensively they’re very solid [and] very organized. We knew it would take some effort to break them down, and unfortunately we were not able to do that today.”

Fabian tried to respond minutes later with a shot outside of the box, but the shot was saved by the junior goalkeeper Annalena Kriebisch.

Sophomore midfielder Kristin Birgisdottir and senior midfielder Rachel Morrier both registered shots on goal, but both shots were saved by Kriebisch. That ended the first half with Maine leading 1-0.

Both teams went back and forth in the possession battle in the second half. Morrier led UMass Lowell attack as she tried to create chances through counter attacks.

The River Hawks found their best scoring chances off set piece opportunities. However, the team was not able to capitalize on those opportunities for the equalizer. Freshman midfielder Kristina Bartsch’s low corner kick found Morrier, but her shot was saved by Kriebisch.

The River Hawks maintained possession for the majority of the second half looking for an equalizer. UMass Lowell’s last shot on target came from freshman defender Dunja Mostarac whose shot from outside the box was saved by Krisbisch with about 10 minutes to go in the game. Maine kept the ball away from UMass Lowell to hang on and win 1-0.

“I don’t think I’m going to make any excuse about the surface. I think the surface actually works better for us because we like to play [the] passing game,” said Coach Novak. “I just don’t think we were good enough today in the final third [with] finishing, lack of movement [and] timing of runs. I felt like the whole team had a day off today. It wasn’t a great effort. I know we can be better than this.”

The River Hawks will go on a two-game road trip at UMBC and at Vermont and will conclude the season at home against Stony Brook Sunday at 4 p.m.