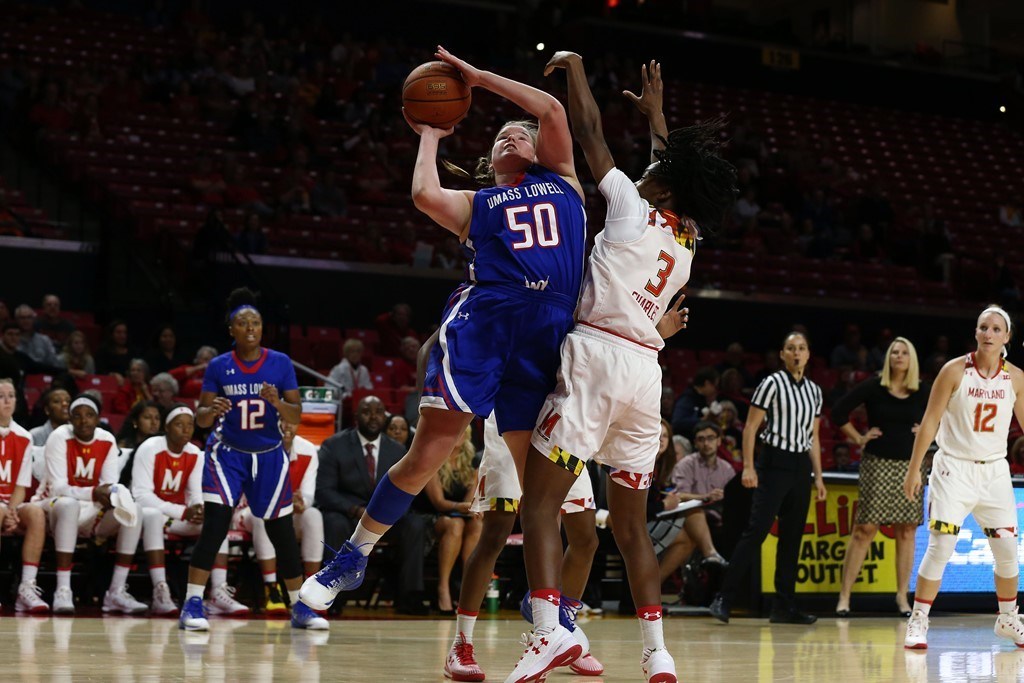 Entering their sixth year in Division I, the women’s basketball team will be experiencing substantial changes this year. The program hired it’s eighth head coach in its history in Tom Garrick. Garrick is entrusted to improve upon the team’s first Division I postseason appearance and their 4-28 record. However, Garrick says that he wants to move forward with a clean slate for the program.

“We all start anew together. Nothing’s being held over from the past,” said Garrick. “After my interview process, I tried to help the team understand that the past doesn’t really exist for us.”

The team will try to fill in the void that Kayla Gibbs held for the team last year. Gibbs graduated having finished as the programs all-time leader in field goal percentage (.583), seventh highest scorer (1,222), sixth highest rebounder (797) and third highest in assists (135). For graduate student guard Brianna Rudolph, a team-oriented style is what she says she is most excited for.

“This year it’s a team focus. We’re just gonna have to pull from other people. While it is a big loss, we do have a solid team,” said Rudolph.

Rudolph and graduate student forward Katherine Smith say that the team’s focus and preparation will help guide the team forward into the season. Smith also says that it will be up to the upperclassman to help the more inexperienced players to get them up to speed and to the level of play that is expected of the team.

They also say that the coaching staff has high expectations for the team as well.

“Coach Garrick and the coaching staff are pulling the best from us day in and day out, and their expectation doesn’t drop when we’re rising to the occasion,” said Rudolph.

Smith also says that the coaching staff’s confidence combined with their preparation will produce positive results.

“I think they have the upmost confidence in us. They’ve told us that since day one,” said Smith. “They think we’re a solid team, and if we do the right things and listen to them and put the work in, I think good things can happen for this team.”

The America East preseason rankings have UMass Lowell at the bottom of their rankings at number nine.

“They can have us as last. That’s gonna be alright. We’re not the same team. We’re working hard, and we’re gonna surprise a lot of people,” said Rudolph.

Her teammate, Smith, says that the team’s hard work and preparation since July will shine through especially in America East play.

Smith says that she is excited to play games and have the team focus their energy on new faces as opposed to each other during practice. The team will begin their season on Tuesday, Nov. 6 against Bryant at the Tsongas Center. Rudolph is also excited for games to start and to show off the results of the team’s practices and scrimmages over the past few months.

“I think this year we’re gonna surprise a lot of people. We’re not rebuilding anything. We have a solid base here. The biggest goal for us to is to go in day in and day out night in night out and put our best foot forward.”