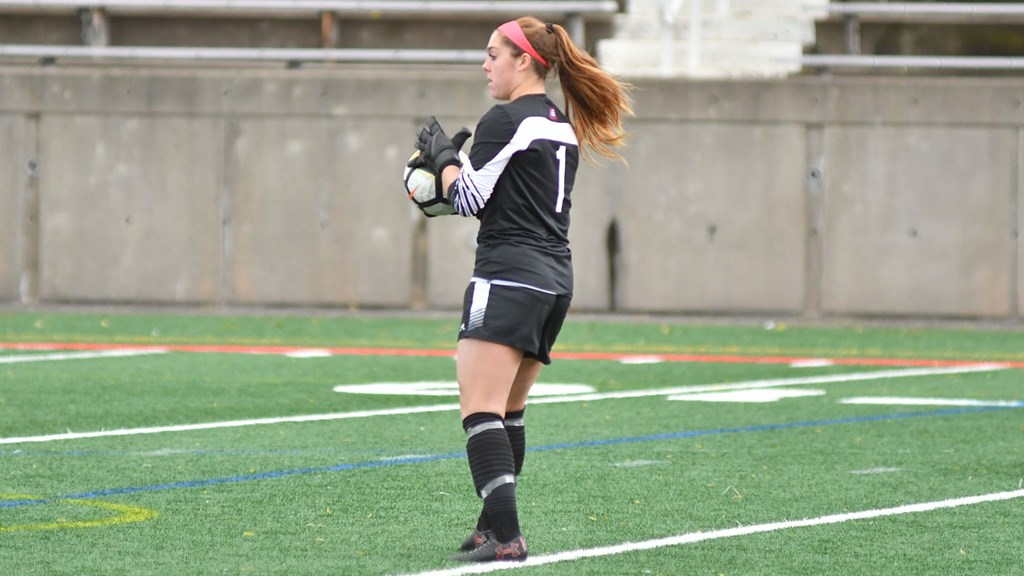 The River Hawks went down early in the game after senior Mariah Williams’ through ball connected with freshman midfielder Jada Colbert. Colbert’s shot went past senior goalkeeper Julia Schneider to put the Great Danes up 1-0.

UMass Lowell won a corner kick at the 10-minute mark. Senior Rachel Morrier’s corner went outside of the box leading to a UAlbany counter attack. The River Hawk defense stopped the attack but gave up a free kick. Schneider made an easy save.

The Great Danes went up 2-0 at the 19-minute mark of the match. Williams provided another assist this time to freshman forward Jasmine Colbert.

Morrier and the River Hawks offense tried to initiate counter attacking opportinites but could not connect in the final third. Their best chance came 22 minutes into the match when Morrier’s free kick hit off the cross bar. Freshman defender Dunja Mostarac rebounded the ball and came close to getting the UMass Lowell on the score sheet.

The second half started with back-and-forth possession for each team. The River Hawks attempted multiple long-distance shots in the second half to no avail.

Morrier attempted to get UMass Lowell’s offense on track but came short each time. Her header attempt off a corner kick was punched out by the UAlbany goalkeeper.

The Great Danes went up 3-0 15 minutes into the second half. Jasmine Colbert scored her second goal of the match assisted by senior defender Carolina Kopp and redshirt sophomore midfielder Meghan Cavanaugh.

Sophomore defender Abigail Drezek tried to get a few quick goals for the River Hawks attempting various shots from outside of the box trying to catch the UAlbany keeper off of her line. However, each of her shots went over the goal.

At the 75-minute mark, freshman midfielder Lily Fabian scored the first goal for UMass Lowell. The goal came off a throw in from Rachel Morrier to Veronica Morrier. Morrier, with her back from the goal, passed to Fabian who took a quick shot that beat the goalkeeper for the goal.

The Great Danes quickly responded four minutes later with a goal from Cavanaugh assisted by Colbert putting UAlbany ahead 4-1.

UMass Lowell looked for a quick response, but their shots just went outside of the box. Rachel Morrier’s free kick attempts throughout the match fell just short from pacing past the UAlbany goalkeeper.

UAlbany increased their lead to 5-1 as a low shot from freshman forward Christinia Cernuto went past Schneider. Cernuto’s goal was assited by Cavanaugh and Jada Corbert.

Fabian and Veronica Morrier combined again in the River Hawks’ last effort to put another goal on the score sheet. However, Fabian’s shot just went wide of the net.