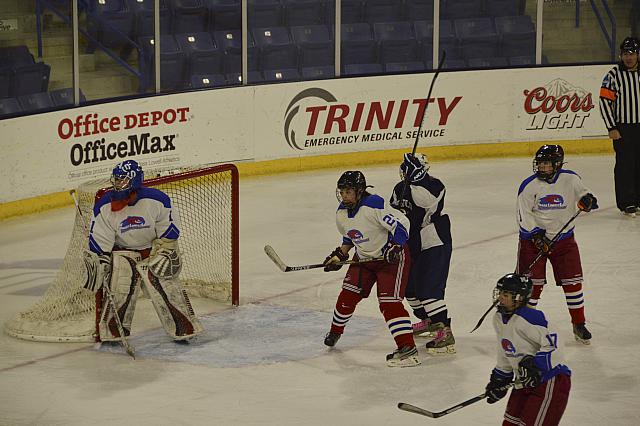 The Athletics department has also stated that there are many factors to be looked at when considering adding a women’s ice hockey team.

“Among the factors considered when adding a new sport are potential impact on the existing sports, facility accommodations, financial self-sustainability, compliance with Title IX and the landscape of the Division I conference membership,” said Peter Casey, UMass Lowell’s athletic director. “The addition of a Women’s Ice Hockey program presents significant challenges in many of these areas.”

Casey said the athletics department has not ruled out the possibility of there being a Division I team in the future but other aspects of the university’s athletic programs need to be carefully considered before moving forward.

“A lot of research and effort goes into decisions regarding the addition of a sport at any Division level – be it I, II or III,” he said. “Basically, the goal is to get the very best fit possible – for the University, for the budget and for the community; and, recognizing that these decisions impact the student athletes playing these sports, it is especially important to be prudent and financially responsible making the best possible decision for everyone involved.”

The UMass Lowell club women’s ice hockey team was established in 2007. The team plays in the Adirondack division of the Independent Women’s Club Hockey League (IWCHL). They are coming off their best year in recent history, but assistant coach Jessica Volpert believes that the team needs to show that they can be competitive in their division to start the conversation for a Division I team.

“We haven’t, as a club team, shown that we have been winning tournaments,” said Volpert. “If we could get more girls that are really serious about developing the program, then I think it could be a goal that can be reached.”

“It would be hard to get a D-I team started because money is a huge issue. I know women’s hockey does not get a ton of viewers compared to men’s hockey, but if the other schools in Hockey East can do it, I believe that we could,” Volpert said.

Her teammate, senior Katarina Roy, also believes that not only is money a big issue in trying to develop a Division I team but also recruiting can be a problem as well.

“The time and effort it takes to get girls to commit to a team not yet created is difficult. There are no statistics on the team and the better players probably have other options with more information. It would take a lot of money for scholarships, ice time, event coordination, advertisement,” Roy said.

Volpert says that it is hard to develop players with the limited time they have but is hesitant to raise club fees for more ice time in fear of alienating anyone as she understands that academics come first before hockey. However, she says that a Division I team could provide benefits for students who want to continue to play hockey.

“I think it would be a good way to draw more students who are looking for a more academically strong school with a sport that they do want to continue playing at a very high level,” Volpert said.

Sophomore Andrea Albano, who is a teammate of Volpert, recognizes that a Division I women’s ice hockey team would need time to build up an atmosphere like that of the men’s team.

“I doubt, if we had a women’s team, it would get as much hype [as the men’s team]. Maybe after a few years, but it would have to take a while to get to that level,” Albano said.

Roy says that from her experience, she has seen the growth and popularity of women’s ice hockey. She believes that the demand for it at UMass Lowell will grow to the point where it will be an inevitable part of the university’s future, something that Volpert is optimistic about.