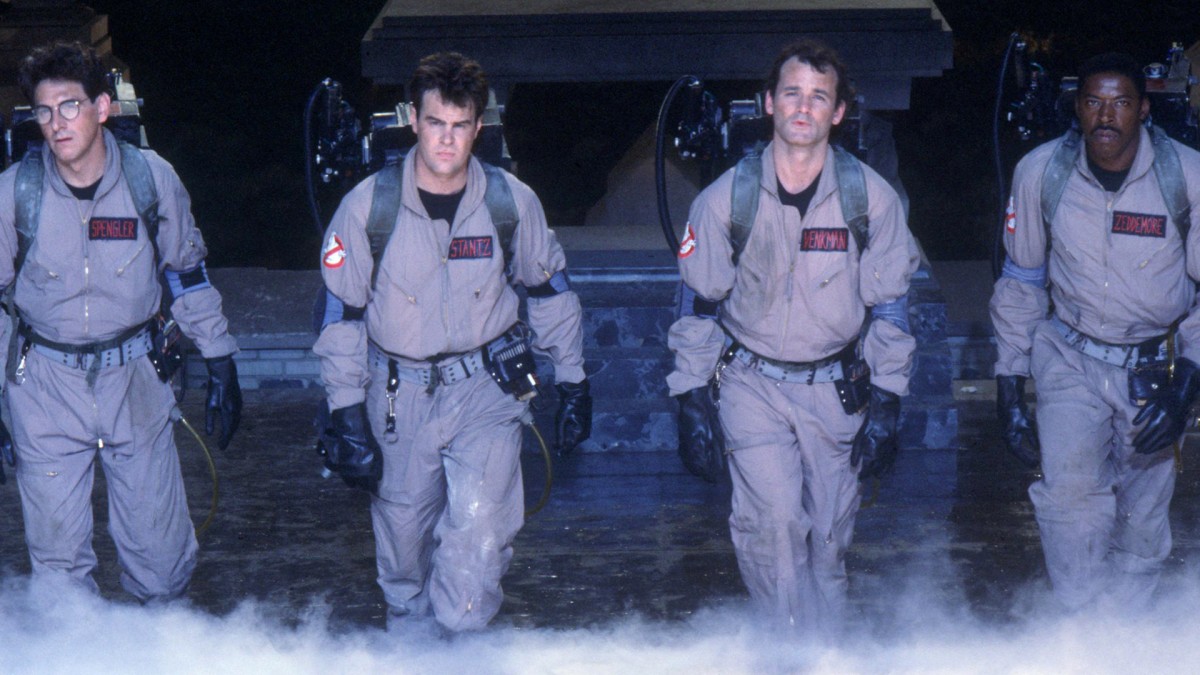 John Candy and Jim Belushi were both considered for roles in the film. (Photo courtesy of Columbia Pictures)

For something as subjective as comedy, it can be hard for a film of that genre to not only stand out, but to survive the test of time. The original “Ghostbusters” from 1984 manages to do not just that, but to still hold one of the top spots when it comes to comedy over thirty years later.

What has helped “Ghostbusters” stand the test of time is its originality, and not just in terms of the story. Though, granted, a comedy about ghost exterminators is a creative idea and was definitely fresh back in 1984. “Ghostbusters” not only has some of the most stand-out comedic characters in cinema, but it also has an original sense of humor that very few other, if any, comedic films have been able to capture.

There is not a single character that feels like they are the same as the others, and each one is memorable in their own right. A lot of this is thanks to the cast, who are all perfect for their roles. Murray, Aykroyd and Ramis have strong chemistry with one another and play off each other as their characters well. Sigourney Weaver is given a lot of good material, whether it be her getting terrified by a demon creature in her fridge to something as simple as her trying to ignore her next-door neighbor, to showcase her range as an actress and to build a very realistic character.

The character who stands out the most is Murray’s character Venkman, who almost feels like a trope turned on its head. In a lot of comedy movies, there are characters and actions that would be viewed as sleazy and unlikable in real life, yet get played for laughs in comedy films. In “Ghostbusters,” Venkman plays that part, yet he stands out amongst this trope due to getting fleshed out to behave more like a real person and less like an over-the-top and stereotypical used car salesman.

While the actors all do a stellar job of bringing their roles to life and making them stand out not just from one another, but also in the broader sense of film characters, they also deserve credit for making the film’s sense of humor work.

“Ghostbusters” is a very dry comedy. Outside of Venkman, none of the characters necessarily crack jokes, though Venkman’s humor is less jokey and more sarcastic and witty comments. A lot of the humor comes from the characters so dryly and realistically reacting to events and talking about them. Some characters like Sigourney Weaver’s neighbor (Rick Moranis) and the Ghostbusters’ secretary Janine (Annie Potts) are more exaggerated comedic characters, though both still work in the context of being believable as real people and can help the dry and nonchalant land even better when it is in response to more ridiculous circumstances and characters.

The only thing that really falters when it comes to “Ghostbusters” is its emotional core. This is the relationship between Murray and Weaver’s characters, and the logistics behind it do not really add up. Their introduction and early scenes together are very negative, and then he shows up at the same location as her with information about her case and she agrees to go on a date with him. It feels like there are a couple of scenes between the two that were cut out that detailed some amount of development for their relationship. The movie still succeeds on the grand scale of things, sure, but this is still a detriment on the most important character relationship in the whole film.

“Ghostbusters” is a movie that stands the test of time thanks to its originality, unique characters and dry sense of humor.