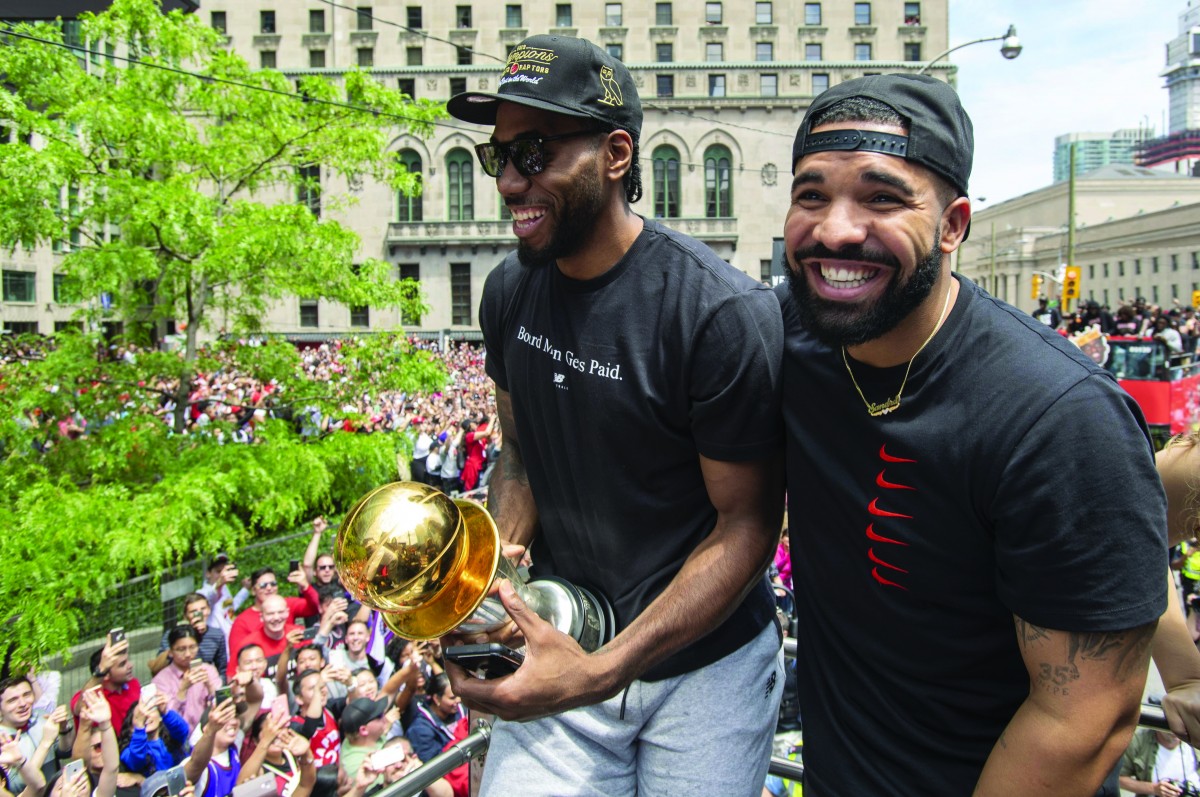 Three seasons ago, the Celtics finished atop the eastern conference with all-star point guard Isiah Thomas leading the way in his third place MVP campaign. Their season ended with a magical run in the playoffs until they were met with conference bully LeBron James in the Eastern Conference Finals. Now entering the 2019-2020 National Basketball Association (NBA) regular season, the Celtics, much like the rest of league, have brand new core faces on their rosters. New Celtics signings Kemba Walker and Enes Kanter represent what many players in the league are going through this new NBA calendar year.

Pictured above is just one of the iconic photos taken of, as described by legendary sports show host Skip Bayless, “Number Two” from the Raptors’ championship parade in the heart of Toronto, Canada. Now, as the current NBA Finals MVP restored parity for the first time in years, follow all this if you can. As of today, that is not where Leonard practices his craft, as he has decided to take fellow regular season MVP candidate Paul George from the Oklahoma City Thunder in a trade to “La La Land” –Los Angles, California and play for unique owner Steve Ballmer and the LA Clippers.

Competing in the same city as LeBron James, the Western Conference just got even more difficult especially with the “King” getting his wishes granted in an offseason trade that brought big man Anthony Davis to the Lakers. Now two time NBA Champion Kevin Durant left the Golden State Warriors for best friend Kyrie Irving as they decided to sign in free agency with the Brooklyn Nets. A move that is as big if not bigger than Number Two’s decision. Other big moves included 2017 MVP, Russel Westbrook, being dealt to be reunited with former NBA teammate and fellow MVP winner, James Harden in Houston. Jimmy Butler decided to leave the duo of Ben Simmons and Joel Embiid for sunny Miami, Florida and play for the Miami Heat.

Did you think I was done? Stay with me here. Al Horford decided to leave the Green Team for the 76ers. A move that could possibly take Embiid and company to the top of the conference with reigning league MVP, Giannis Antetokounmpo, losing the former rookie of the year Malcom Brogdon to the Indiana Pacers. The Warriors lost Durant and Klay Thompson to injuries but have gained all-star D’Angelo Russel as he signed a max level area contract in the Bay Area. A trade piece, maybe, but nobody should sleep on a team with three all-stars – one being unanimous MVP and possibly the greatest shooter of all time, Steph Curry. Do not worry; I am almost to the finish line of this incredible team swapping race.

Adrian Wojnarowski and Shams Charnia, NBA writers and Twitter bomb dropping gurus, had quite the summer dropping all these deals on the NBA Twitter world so it would be difficult not to mention the duo. 12 time all-star Chris Paul is playing in Oklahoma City, at least as of this paper, as he was part of the deal that saw Westbrook head to the Rockets. Now on to the rookies.

Zion Williamson got drafted to the New Orleans as the New York Knicks once again disappointed their faithful fans in both the draft and free agency. He will be joined by the former second and third overall picks, Lonzo Ball and Brandon Ingram. The Knicks did acquire talented wingman RJ Barrett with the third overall pick and Julius Randle so some building blocks have come to the Garden. Murray State Cinderella catalyst, Ja Morant, will be the starting guard for the Memphis Grizzlies. Mike Conley will be playing alongside high-flying guard Donavon Mitchell as he was dealt to the Utah Jazz this offseason as well. Now with all these moves and picks, and more not even mentioned, what the hell is going to happen this year?

It is Number Two’s world and we are just living in it. The two time NBA Champion, two time Finals MVP, and two time Defensive Player of the Year is arguably the best player of the league. And after becoming the greatest Toronto Raptor one season, expect Kawhi Leonard to once again be at the top of the NBA come June basketball. LeBron James’ Lakers, Harden’s Rockets, Jokic’s Nuggets, Giannis’s Bucks, Curry’s Warriors, and maybe even Kemba Walker’s Celtics will attempt to stop Kawhi Leonard from personally three-peating. The Clippers will have too much on both sides of the ball. With a starting back consisting of Patrick “Pitbull” Beverley, All-NBA defender Paul George and Leonard himself, guards will have an absolute nightmare. What a time to be a fan of basketball.