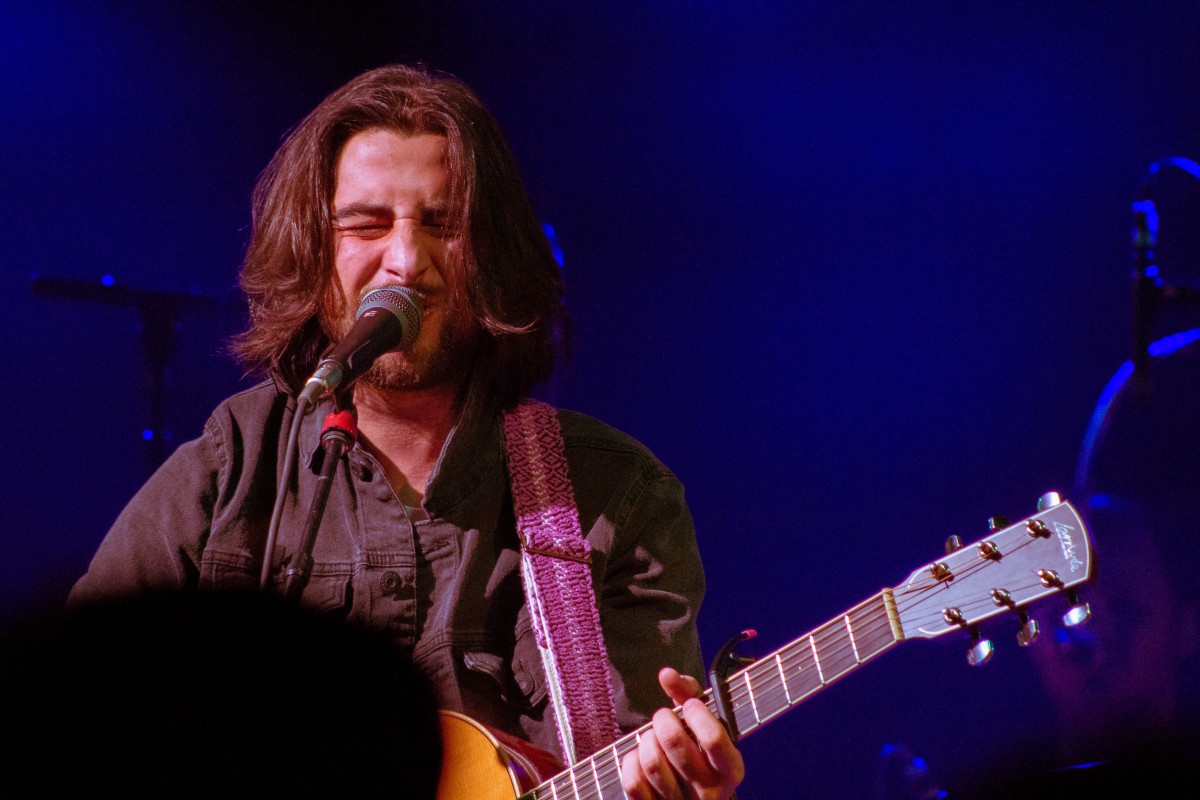 Fellow New Englander, Noah Kahan, returned “home” to Boston for a two-night residency at the Paradise Rock Club this past weekend. The tickets for these shows were sold out within two hours of being released.

Kahan started off the much-anticipated set with his songs “Hold It Down,” “Passenger” and “Hallelujah.” He was met with screams and applause when he introduced each song, while the crowd belted out the lyrics as they came.

The balcony held a reserved box for his friends and family who beamed with pride throughout the entire show.

As Kahan played “Cynic” he stood with a very calm demeanor. He appeared lost in thought and concentration as he kept a straight face and held his eyes closed.

“It’s good to be home, Boston,” said Kahan as he gazed out at the sold-out venue of 927 people. This was met with an explosion of applause by every person in the room. The Boston pride felt by every individual in the room was very apparent.

“I’m gonna try some [expletive] here. I’ve only played this song four times throughout my life, and it’s about to be five,” Kahan said as he transitioned into playing the title track off of his latest album, which also happens to be the name of his world tour, “Busyhead.”

The crowd sang along to every word like a choir of hundreds.

Kahan had jokes for the audience in between almost every song.

“My label wanted me to make this song sexier, but it’s a little hard when you look like Keanu Reeves got run through an industrial washing machine… [but] I’m gonna try to sex it up a little bit for you here,” he said.

Kahan took off his guitar for the only time that night, put on his “sexy” face, and put on an overdramatized “sexy” performance, which even included him taking off his jean jacket to reveal a plain white tee shirt. He reached out longingly to his fans and got down on his knees like Troy Bolton in “Bet on It” from “High School Musical 2.” His actions were met with a scream of “you’re hot!” from an audience member. When the song ended, Kahan shied away from the microphone with a big smile and laugh.

Kahan next introduced his four-piece band which consists of an electric guitar, keys and bass, a drummer and a backup singer. Kahan praises them and says, “I don’t sound that great without these guys.” He then saddled his guitar back up and took a sip from his hydro flask.

“I’m from Vermont and I’m not really home as much as I’d like, but I wrote this song about it,” said Kahan as he began to play his song, “Please.”

He followed that up with one of his biggest hits, “Hurt Somebody,” that he wrote in 12 minutes in Nashville. He thought that once he wrote it, he could just forget about it, but it ended up blowing up in Australia and Canada. Kahan eventually recorded a version of the song with Julia Michaels.

Kahan then told everyone the story of how he was discovered. He put up a song on Soundcloud when he was 16 and it happened to get a lot of views. He then received an email from a guy who wanted to visit him and meet his parents. Once they got past the creepiness of it, they met the man who then later flew him to New York and Los Angeles. This man took him to Republic Records where they signed Kahan. The song that he posted was his song, “Sink.” Kahan then performed “Sink” which was a very sentimental moment for everyone in the room.

He finished off the set with his most popular song, “Mess.” It was a crowd favorite because of the line “I took 89 to Boston,” which was met with cheers and fist pumping every time he sang it. Kahan and his band left the stage, only to return moments later for a two-song encore that consisted of “Catastrophize” and “Young Blood.” Before singing the last song, Kahan warned the audience to “never pour beer into a hydro flask, it’s disgusting.”

At the end of his hour and a half set, he exited the stage and the house lights came up. Although the show was over, the energy still radiated all around as people slowly made their way out to the cold Boston streets.