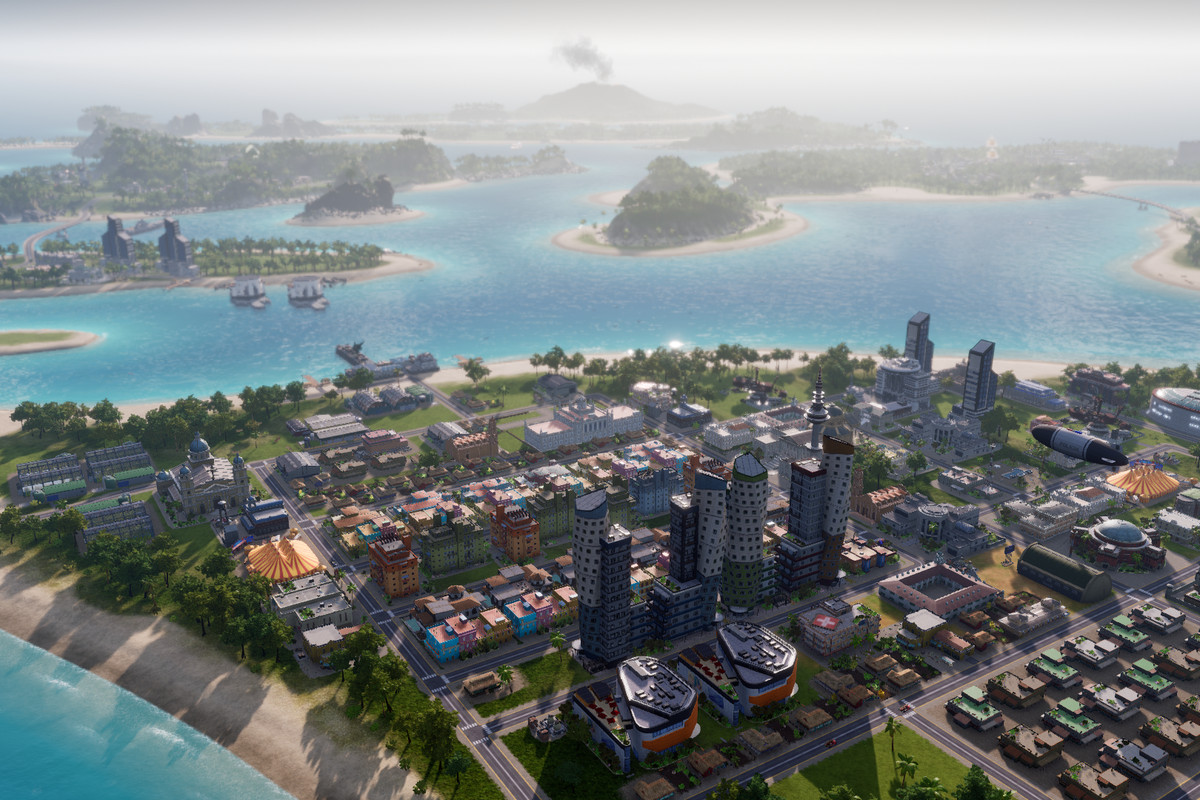 “Tropico 6” was the fastest selling game in the franchise to date. (Photo courtesy of Kalypso Media)

The fun, laughter and managerial horrors of being a dictator is open for anyone in “Tropico 6.” First released on March 29, 2019 for PCs and Sept. 28 for console, “Tropico 6” is a city builder developed by Limbic Entertainment. Rather than letting the development of a city be run by an all-powerful being looking down from the heavens, “Tropico 6” does the next best thing and leaves it to a dictator stationed somewhere that is not Cuba. To rule with an iron fist or an iron curtain is left to the player.

As a city builder, “Tropico 6” can almost feel run of the mill. Build roads, build buildings, sometimes build bigger buildings, fail to know everything going on, fall into crippling debt and enforce martial law, everything one can expect from the genre. “Tropico 6” makes itself stand out thanks to the inclusion of other mechanics, such as its factions and using an island geography to keep infrastructure varied. However, it still falls into the common pitfall of city builders, which is its short lifespan. There are only so many buildings to plan and build, and between big projects, the player is left able to mass produce more of something they have built hundreds of times already. This is not to mention the game’s horrendous speed, being just slow enough that players feel like turning their head away and just fast enough that doing so will make the player’s economy collapse and fall into civil war over how bad your management was.

But as one struggles to keep themselves engaged in the actual gameplay; they can certainly appreciate the artistic design to “Tropico 6.” Set in the 20th and 21st century, the graphical design and detail keeps the game clear and colorful, and the appearance of one’s city looking great, even when it is all on fire. The music plays into this and makes sure that the oppressive rule of dictatorships is always associated with mambo. This tongue-in-cheek approach to Tropico’s setting is played for laughs whenever possible and can be a shining oasis of entertainment as one waits for the 50th shipment of foreign aid from the Axis. Fingers crossed they never decide to invade.

As one gets into to specific details, it gets harder and harder to overlook nitpicks in the game design. The inner perfectionist screams in horror at the idea of curved roads, even when building radii and land size are large enough to fit several of El Presidente. The demands factions present are appreciable attempts at keeping the building process interesting but will often result in an uncharacteristically grounded display of doing stupid things to keep players’ supporters happy. Lastly, the conversion from PC to console did not take well and faces issues with camera zooming.

“Tropico 6” feels like a quick burn– something unexpected from a city builder. While there are game modes to support this faster approach, it still somehow becomes tedious enough to tire out the player. The charming and cartoonish design presents the game the best it can but is ultimately not enough to overcome the core gameplay’s base and niche flaws.