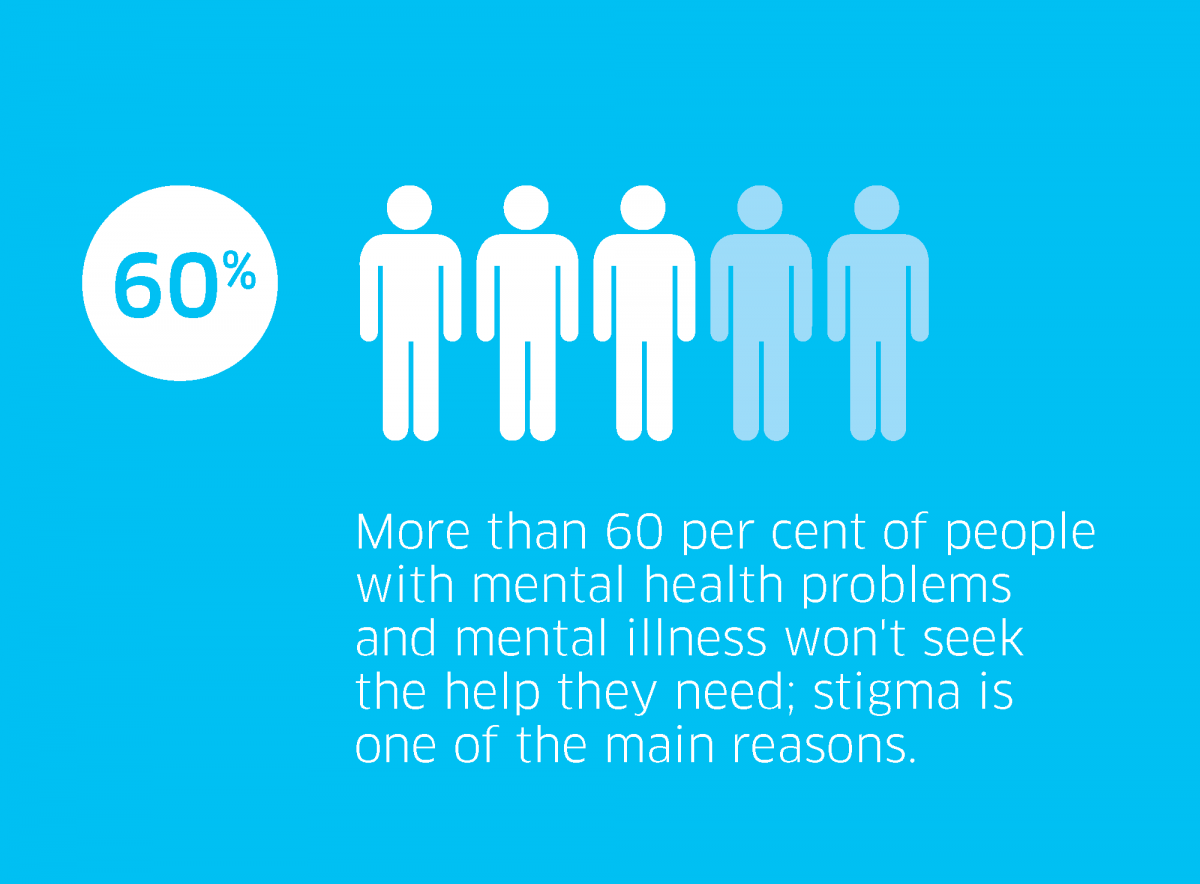 One in three college freshmen in the United States struggle with mental illness, according to the American Psychological Association. (Photo courtesy of the Canadian Mental Health Commission)

Last month, like many of you, I saw Warner Bros. Pictures’ “The Joker” in theaters and I was thoroughly entertained by it.

But a nagging voice kept scratching at me throughout the film.

Is that what people see when they think of us? Of people with mental illnesses?

Now do not get me wrong, I understand what the writers Todd Phillips and Scott Silver were trying to do with the film: they wanted the audience to empathize with Arthur Fleck — the Joker.

And the only way people empathize with murderers nowadays is through mental illness. But with movies like these, I am convinced everybody is starting to look at those with mental illness as possible murderers.

I have bipolar disorder but that does not mean I am bound to go on a killing spree. And I am convinced that though the movie was meant to eradicate the mental health stigma, all it did was make people with disorders feel even more scared to accept their illnesses.

Mental illness is something millions experience every day. There may even be one or more people in your circle suffering with mental illness and too scared to speak up. Therefore, I feel personally offended that mental illness is being used as a scapegoat to explain mass murder.

According to Insider, “People with mental illnesses are far more likely to hurt themselves — or to be victims of violence — than they are to hurt other people.”

People with mental illness, especially depression, have haunting suicidal thoughts and often internally battle self-harm and suicide. Their chances of hurting other people are exponentially smaller than hurting themselves.

So, by focusing on rare violent outbursts, movies like these are only adding to the stigma of people with mental illness.

In order to destroy the stigma, we need to focus on the people around us.

There are people suffering from anxiety, depression, bipolar disorder and more. However, they are too afraid to speak up, too scared to accept there could be something “wrong with them.” It is easy for some to sympathize with the mentally ill — that is until they come to the realization that they too struggle inside their own minds. That they too are “different.”

And when that realization is made, the journey to acceptance is that of a tortoise reaching a finish line — slow but ultimately rewarding.

That slow road is also rocky. It is filled with denial, fear, shame, secrets and guilt.

However, once the person reaches the end of the road there is knowledge, support and a bit of self-actualization is acquired. But in the end, they gain a kind of strength that can never be destroyed.

When one decides to accept their mental illness, they become a part of a sort of hidden community that nobody speaks about. You may learn that your neighbor suffers from social anxiety and takes a medication to help him feel less anxious around people, but he still feels overwhelmed in some social situations. You may discover that your friend is on antidepressants and is suffering from depression, and that is why she used to sleep more than others and was antisocial. You are awakened to the reality of the world and realize that many of us have disorders — you just had no idea.

Truth is, there is nothing abnormal about having a mental illness. The only abnormal thing is the stigma.

Having a mental illness is not something that makes you sick, or crazy or broken. The disorders make you strong, and they make you begin to understand not only others but yourself in a way that you never would before. You begin to learn how childhood trauma affected you in your old age. You identify your triggers, what depletes energy from you and what fills your energy. That knowledge is priceless.

So, be patient with those who are on their journeys to accepting their mental illness. Even if you do not understand what is going through their minds, please do not undermine them.

Additionally, please do not invalidate their emotions or call them “crazy.”

These people already “feel crazy,” and they do not need to hear it from you as well.

Take your space to understand that this is a new development in your relationship with them. If they push you away, it is because they believe nobody understands them.

In turn, help them understand that — although you may not understand — you are there for them.

One person at a time, we can strengthen the community of people with mental illnesses. It is then that I will live in the hope of a society that has broken the wall of the mental health stigma.