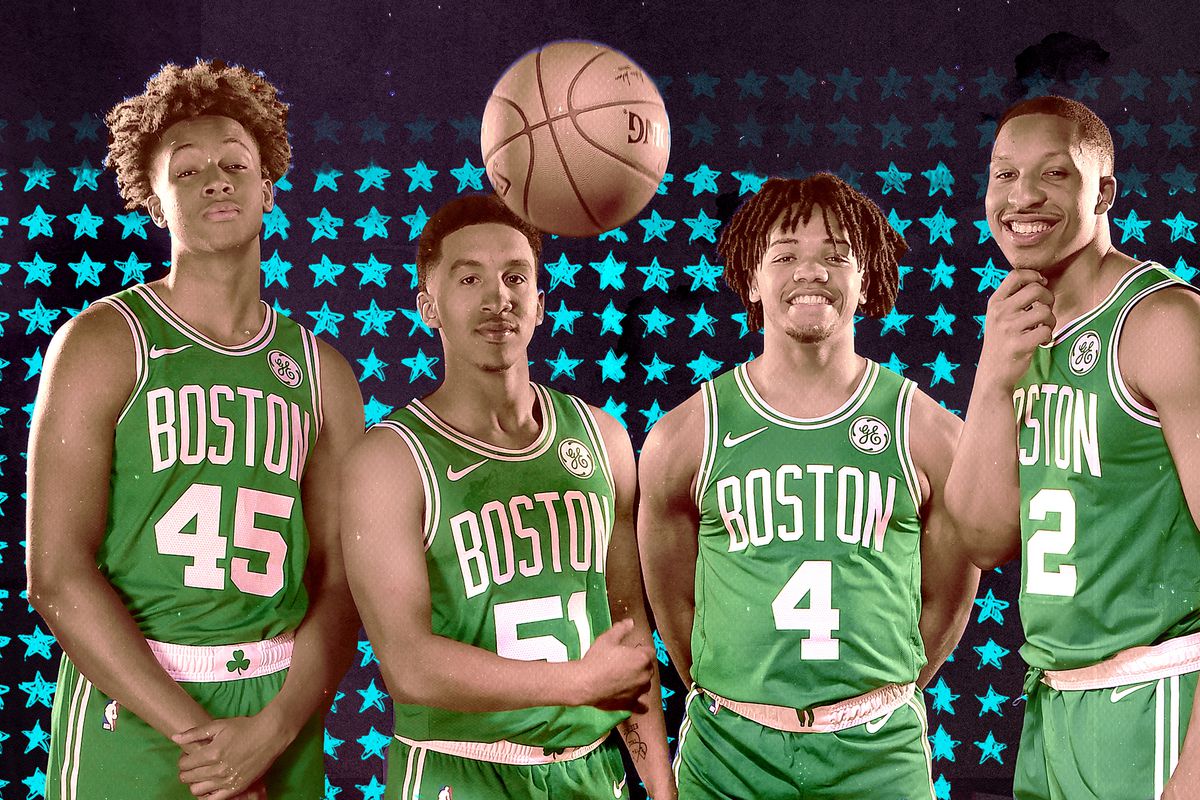 Due to the number of notable roster changes on nearly every single team, the 2019–2020 NBA regular season is shaping up to be an exciting one. This season more All-NBA players have changed teams than any other year in the league’s history. The Celtics are no exception, so let us take a look at some of the new faces on this Boston team.

As of today, the Celtics have a total of seven new rookies on their roster. Not all of them have signed exclusive deals yet, so some of them will play partly in the G-League this season.

Starting with the 14th pick in the NBA draft lottery, the Celtics selected Romeo Langford from Indiana University. Langford grew up in New Albany, Ind., so he decided to stay home and go to school in-state. At Indiana, he averaged 16.5 points, 5.4 rebounds and 2.3 assists per game. Even more impressive however are his high school stats, at New Albany High School he is fourth all-time in points with 3,002.

The green team would follow up Langford with forward Grant Williams from Tennessee with the 22nd overall pick. In his three years at the University of Tennessee, Williams averaged 15.7 points per game. At 6 foot 6 inches and 236 pounds, Williams is expected to spend some time playing in the front court for the Boston Celtics in order to develop his basketball arsenal.

With the 33rd overall pick, the Celtics put their confidence with Purdue guard Carsen Edwards. Scoring a team-high 19.4 points per game, the former Boilermaker showed great promise this NBA preseason. With easily the most memorable moment of the Celtics’ preseason against the Cleveland Cavaliers, Edwards hit eight three-pointers in one quarter. The third pick for Boston in the draft may have only shown us a glimpse of what he is capable of.

Tacko Fall, perhaps the most intriguing of the bunch, stands a towering 7 foot 5 inches and is currently the tallest player in the NBA. Fall would go undrafted in the 2019 NBA Draft, but the Celtics signed him to a 10-day contract, turning into a two-way contract after the NBA preseason. Playing three years at the University of Central Florida, he would average 11.1 points and 7.6 rebounds per game in his final season. Amazingly, the Senegal native did not even consider playing basketball until he was 16 years old and grew up playing soccer.

“That was unbelievable,” Fall said on his NBA career debut. “It felt like a dream. For a very long time I’ve thought about this moment, and finally came here and it finally happened, and I’m really thankful.”

The honor of being the Celtics’ final draft pick would fall to Louisiana State University guard Tremont Waters. He would be signed to a two-way contract with Boston and assigned to their G-League partner, the Maine Red Claws. Waters earned his NBA contract averaging 10 points and five assists in the preseason.

The 17-time champions Boston Celtics are welcoming many new faces this year, but then again, so does every other team in the league. With big-time free agents taking most of the headlines, these young athletes will have a lot to prove this season. They have a chance to do so with one of the best organizations in the business.