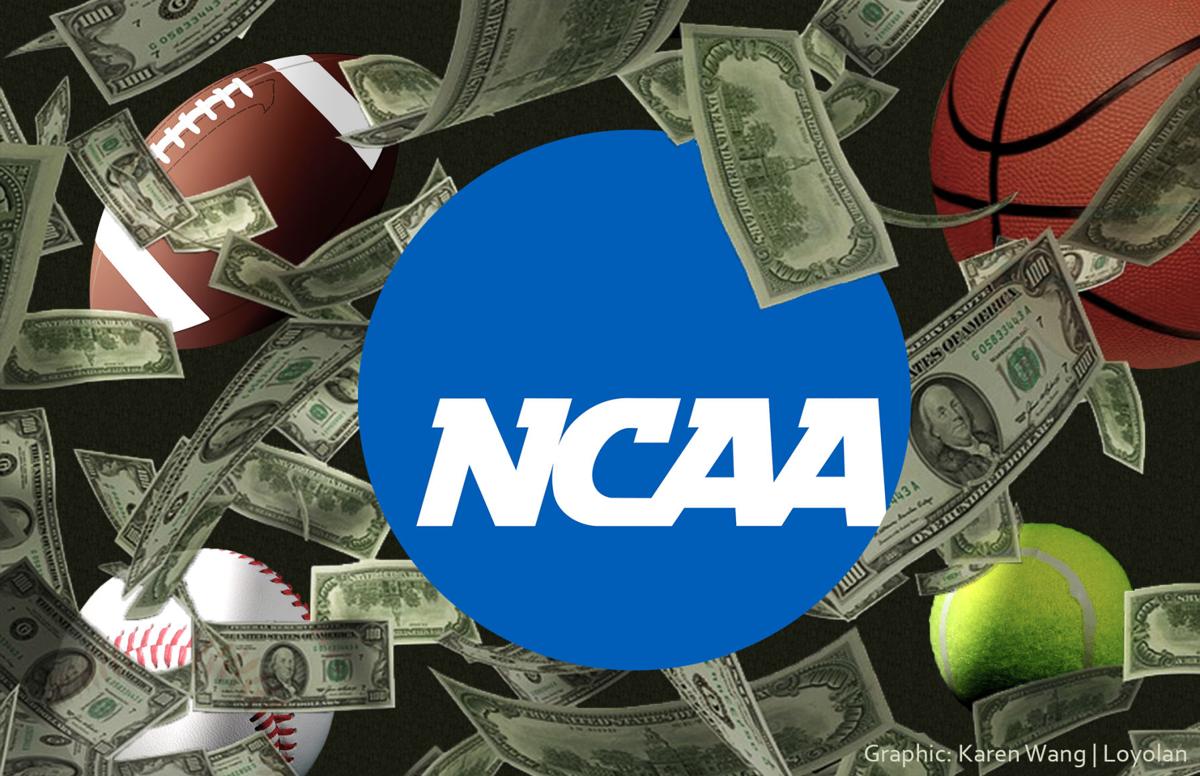 The long-standing battle between college athletes and the National Collegiate Athletic Association (NCAA) appeared to favor the student athletes in a historic decision that has allowed student athletes to be compensated financially for their name, image and likeness.

The NCAA had been strongly committed to prohibiting student athletes from profiting off their name and likeness, saying that compensation regarding these students would not preserve their “amateurism” rules.

Under the current NCAA rules, college athletes, no matter what division they play in or whether they have scholarships, are not allowed to take money for appearances or to be paid for advertisements that trade on their athletic skill. If they establish a business, they cannot use their athletic uniforms or connection to sports for the business.

They are not allowed to accept free stuff from college boosters, and their relationship to sports agents is tightly controlled by the NCAA and cannot involve payments to players or their families.

In recent years, the NCAA has loosened up on rules for athletes to permit them to have stipends that can pay for academic-related supplies, transportation and food not included in the college meal plan. Scholarships for some top athletes pay for tuition, fees, books, and room and board.

The NCAA is charged with protecting the integrity of sports on college campuses, and it views the restrictions on payments as a way to nip efforts by outsiders to unduly influence players

While that does sound all fine and dandy for the NCAA, there are countless stories of student athletes who are reprimanded by the NCAA for relatively minimal reasons, whether or not the “infractions” levied upon these athletes are substantial or not.

For example, former University of Southern California running back Reggie Bush was forced to return his Heisman Trophy, the most prestigious trophy in college football, after it was leaked, he was compensated financially by multiple sports agents prior to graduation. The NCAA also vacated USC’s national championship and penalized them by withdrawing scholarships it could offer to potential incoming recruits. While Bush was clearly in violation, many felt that the penalty was too harsh on the school and could have potentially harmed Bush’s ability to earn money as a professional if the violations came out sooner.

To lesser extents, there are student athletes who have to fight with non-student athletes who can make money off their likeness. For example, a mechanical engineering student who creates a piece of equipment using university resources would be able to profit from that, but a student athlete whose jersey is sold at the university owned team store would have never seen a dime of the sale, per NCAA rules.

The NCAA always claimed that scholarships were enough of a payment and that it was an “honor” to don a university’s jersey, even though not every student athlete was on scholarship and not every player played for the team in a given season. The NCAA also argued that the earning potential for players would be exponentially higher if they went pro, so there is no need to compensate them for their short stay at any university.

But the NCAA had made stretches to prevent student athletes from making any money at all, even if the money was not coming from athletic likeness. With the growth of YouTube and social media platforms, advertisers would flock to student athletes’ social media and try to advertise and pay them. Even if an athlete did not mention their affiliation with a particular sport, the NCAA would interfere and strip that student of their eligibility, claiming that the only reason they would be compensated is for their popularity within a sport. Since the NCAA owned the student’s rights, the students would have no ammo to fight back. This was so common and incredibly frustrating.

Furthermore, the NCAA has strict rules that student-athletes are not allowed to work any kind of job while their sport is in season, and any job outside of a sporting season must be approved by the

university and the NCAA. And even then, student athletes are capped off between $1200–$2500 a semester, depending on location and earning potential. The argument here is that the NCAA does not want student-athletes to gain an “unfair earning potential based on athletic status.”

This seemingly contradicts their stance on student-athletes being “amateurs”; why punish a student who is trying to make money to survive? Very few college athletes actually go pro, so it is counterintuitive and tone deaf to punish every collegiate athlete for working, especially when so many college students work at least part time, if not more. Punishing students for working during a sporting season also pushes them to focus solely on the sport, even though the NCAA hides behind this imaginary banner of “students before athletes”.

With the shift in philosophy, though, it looks like the NCAA will finally be doing the right thing. Although the student athletes are not employees, they do bust their backs (literally and figuratively) in order to achieve their ultimate goal of playing their sport professionally.

The NCAA has pocketed millions upon millions of dollars from TV deals, radio broadcasts and other mediums that haven’t been seen by the students, that the least they could do is let someone like UMass Lowell River Hawks ice hockey goaltender Tyler Wall make a quick $5 for an autograph. I know I would pay for one.

Still, the NCAA has more holes it needs to address in order to repair a long damaged working relationship between the student-athletes and administrators.