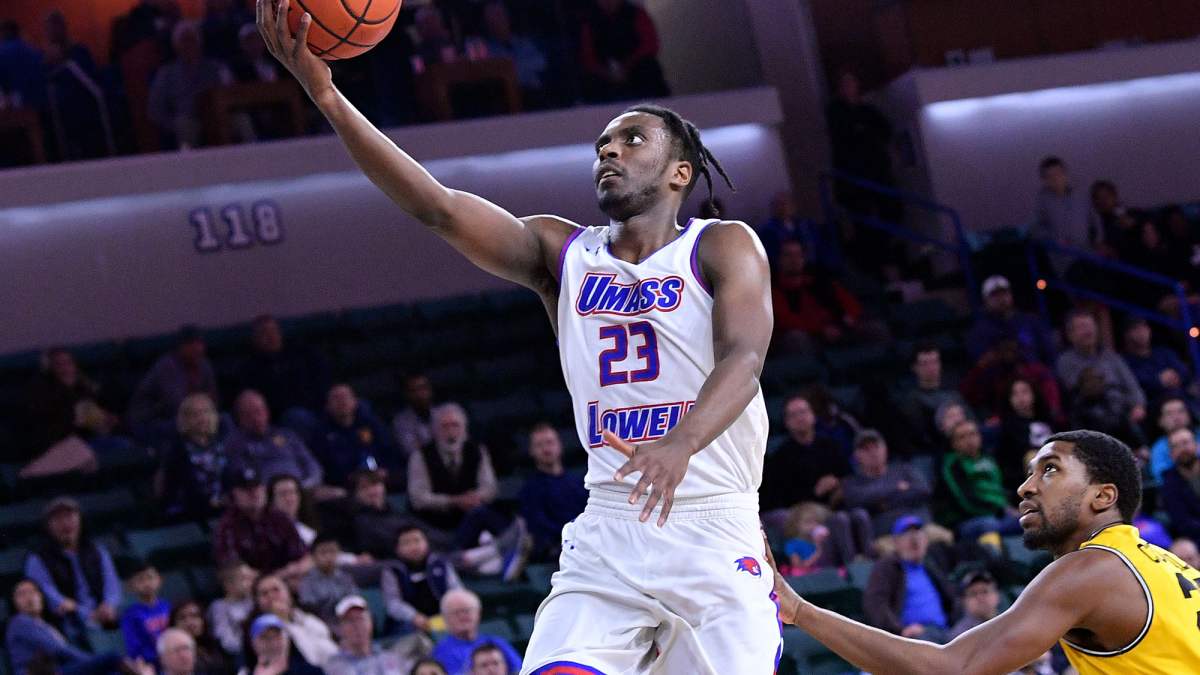 With a dominate performance at Costello Athletic Center, the UMass Lowell men’s basketball team (2-2) confidently took their home opener with a win over the visiting UMass Boston Beacons (0-1), 88-45. Forward Christian Lutete filled up the stat sheet leading all scorers with 19 points.

Coming off a tough matchup against the No.18 ranked Ohio State Buckeyes at the Schottenstein Center in Columbus, Ohio, the River Hawks looked to bounce back in front of the Lowell faithful against a favorable matchup with division three UMass Boston.

With the River Hawks forcing the Beacons to shoot an abysmal 25.7 percent from the field and 16.7 percent from deep, defense became the story of this battle of the UMass enabling Lowell to showcase some of their elite athleticism.

A first half of basketball, where Lutete and junior guard Obadiah Noel imposed their will, would see the River Hawks head to halftime with a comfortable 20-point lead. While Lutete had 15 points, four rebounds and three assists at the break, Noel added nine points.

It would only get worse for UMass Boston after the break.

The Beacons needed over seven minutes in the second half to overcome this River Hawk defense for their first bucket. The River Hawks would continue to cash in on their relentless defense to tally up an astonishing 31-0 fast break advantage for the game.

Withers with his third block of the night! #AEHoops pic.twitter.com/UPFVnNxSQp

With 10 games to be played at the Tsongas Center, tonight was a solid start for the River Hawks to begin their defense of Costello.

Lowell will have three games in four days this weekend consisting of Jacksonville, Merrimack and Dartmouth.

The River Hawks will continue regular season play by beginning the River Hawk Invitational at Costello Athletic Center against Jacksonville this Friday, Nov. 15 with tip-off scheduled for 7 p.m.