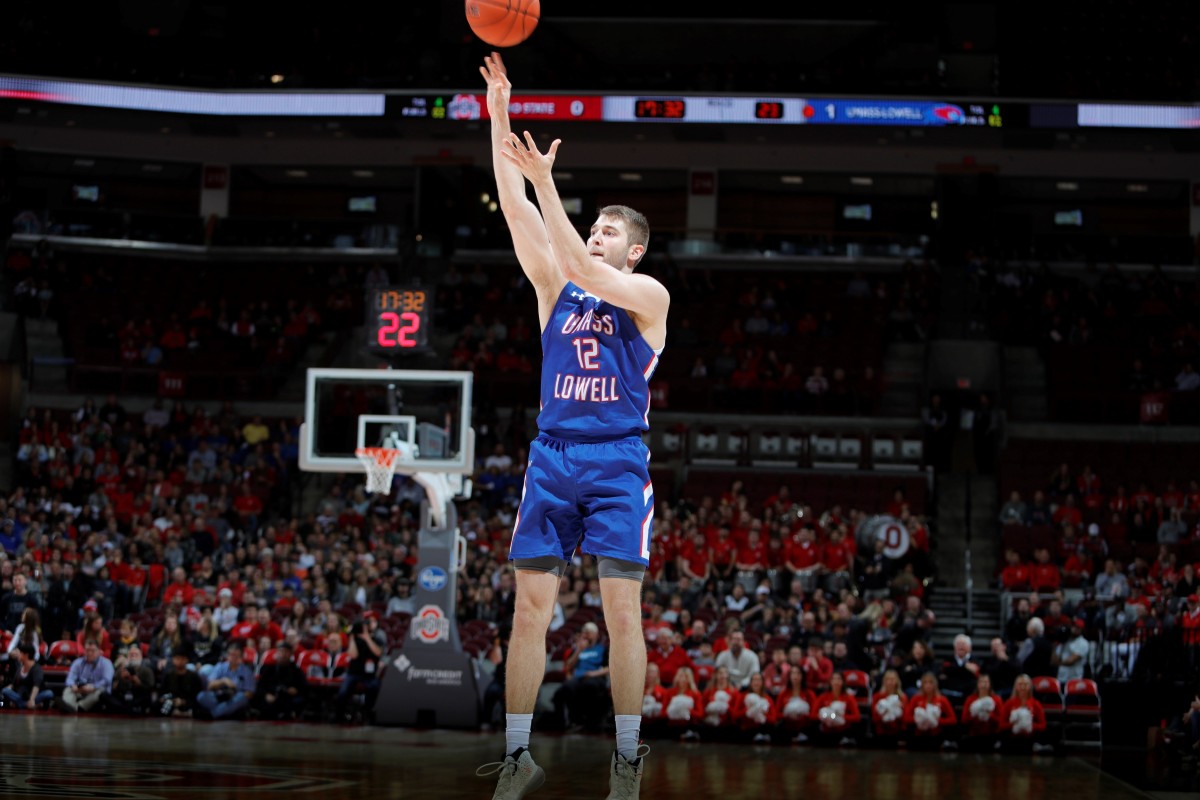 A late 9–0 run and hyperactive defense secured the UMass Lowell River Hawks (3–5) a 75–63 victory over the Brown University Bears (4–2) to snap a three-game losing streak.

Coming off three consecutive losses by five points or less, with the first two being by two points each, the River Hawks came into the game looking to get a win before the Thanksgiving break.

Junior guard Obadiah Noel lead the team in scoring with 18 points, six rebounds, three assists and four steals. Graduate Josh Gantz also had four steals — all in the second half — to go along with three blocks, leading the team’s potent second half defense.

Despite their struggles, they were able to keep the game close, being down 39-37 to the Bears by halftime. Junior guard Jordyn Owens had a hot first half, scoring 11 points after going four for five from the field, including three for three from beyond the arc. The entire River Hawks team shot a very efficient seven from 12 from three, where the Bears were only able to knock down two threes in the first half.

The struggles stopped out of the gate in the second half, with the entire River Hawks team playing with a brand new energy. Gantz, Noel and freshman guard Ron Mitchell all played pestering defense to hold the Bears to a mere 24 points in the half. The River Hawks also fixed their rebounding woes, getting 23 rebounds to the Bears’ 20, despite the River Hawks’ size disadvantage.

“I think we got lucky. I think some of them bounced to us instead of to them,” said River Hawks head coach Pat Duquette when asked about the improved rebounding. “One of the things [Noel] does really well is keep balls alive and rebound from the outside, and we’re going to have to continue to do that.”

Caught the win tonight and are ready to swing from Ivy to the NEC when we take on CCSU Sunday at Tsongas 😉#UnitedInBlue #AEHoops pic.twitter.com/VStY2EnAhI

Duquette credited the big win to a film session the team held after the staff and players both felt frustrations over the team’s losing streak.

“It was a tough week for us. I think we did some soul-searching. The coaches and players had a long film session, talked about making winning plays,” Duquette said. “That’s as good as we’ve played in the past week. So, great way to come back from a tough weekend against a good team.”

The River Hawks hope to continue to make winning plays on Sunday, Dec. 1 when the Central Connecticut Blue Devils visit for the team’s next game. The game will tip off at 1 p.m. at the Tsongas Center.