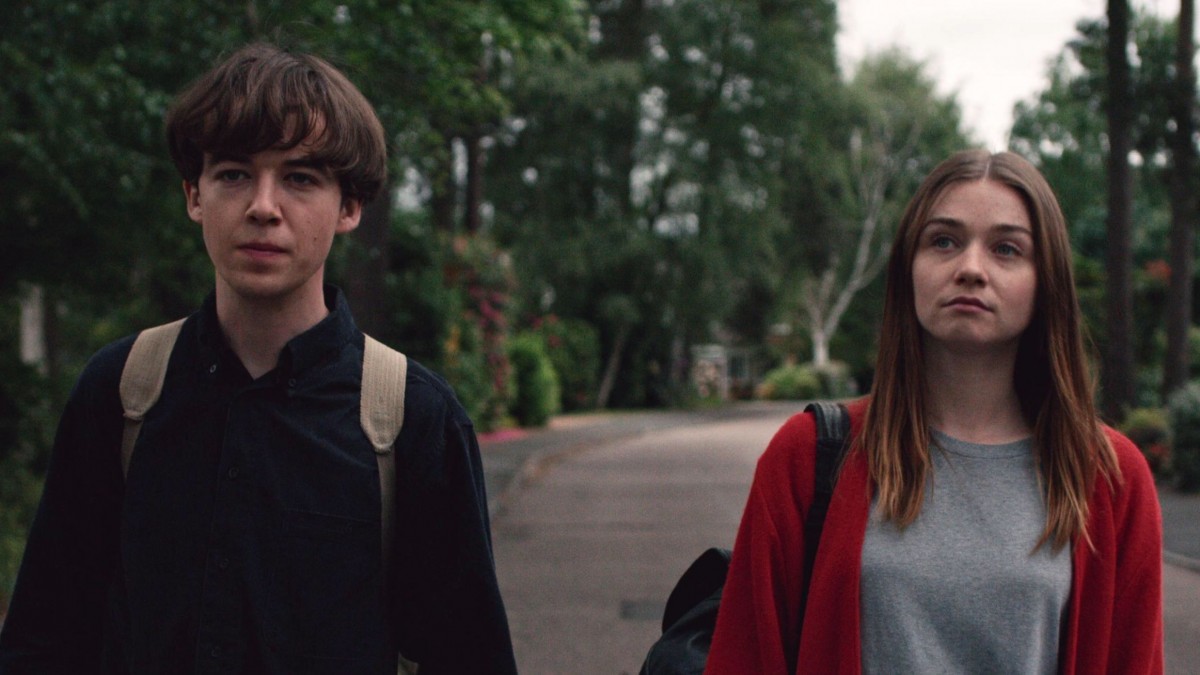 “The End of the F***ing World” is based on a comic book of the same name published in 2014. (Photo courtesy of Netflix)

Directed by Jonathan Entwistle and Lucy Tcherniak, The End of the F***ing World continues for another season after its successful debut in 2017 on Netflix. For those who are unfamiliar with this show, it is based off the comic book, The End of the F***ing World by Charles Forsman. It follows Alyssa (played by Jessica Barden) and James (played by Alex Lawther) who are both 17-years old. James is convinced he is a psychopath and wants Alyssa to be his biggest kill and Alyssa wants nothing to do with her mother’s new, wealthy life and her creepy stepfather. In order to escape their utterly boring life, Alyssa runs away and asks James to come with her to which they encounter violent, life-changing circumstances. Season 1 is an adventure that almost feels like a retelling of Bonnie and Clyde and will give the audience a thrill.

Season 2 tones things down whilst adding a new character to the story. Bonnie, played by Naomi Ackie, who has a goal which involves seeking revenge against Alyssa and James. We also follow Alyssa’s story in the beginning of this season two years after the events that occurred in the previous one. Alyssa seems to be suffering from depression and PTSD in this season which gives the show some plus points for including mental health awareness. Alyssa is not as sassy and bold as she was in the first season, but the audience cannot help, but love her regardless. As this season takes more of a contemporary way of pace, it still has a gripping story line and includes gruesome, yet necessary topics such as rape, sexual assault, mental health and murder.

Although season 2 is just as amazing as its predecessor, there are parts of the season that fall flat in comparison. The storyline in season 2 was more consistent while following through with the passage of time, but the way that season 1 ran was more entertaining while transitioning between past and present and the different perspectives. The whole storyline with Bonnie changed the whole mood of the show and turned into a darker story than what viewers have seen in season 1.

This show overall is not terrible, it is a wonderful production that many Netflix users are drawn to just because of the title. The show would not be what it is without Barden and Lawther. Their chemistry is so believable and excellent that they make the show what it is. The people who worked behind the scenes to make the show what it is also did a terrific job in capturing those mature scenes and making sure to address how wrong they are and how situations that occur in the show do happen in real life and can affect people in so many ways. It does not seem likely that there will be another season after this one, but the show concluded in a way where the audience should feel content regardless. One fan of the show said that “the character development throughout both of the seasons was really well done. I especially loved how James grew throughout both seasons.”

Some aspects of this show also provide viewers with characters they can relate to. Some viewers could relate to what some of the characters go through within the show such as the mental health symptoms that are addressed. This show is an idol for those adventure seekers and those who need a life. Season 2 has its negatives, but the show is very compelling and unique for what people are used to seeing on the screen.