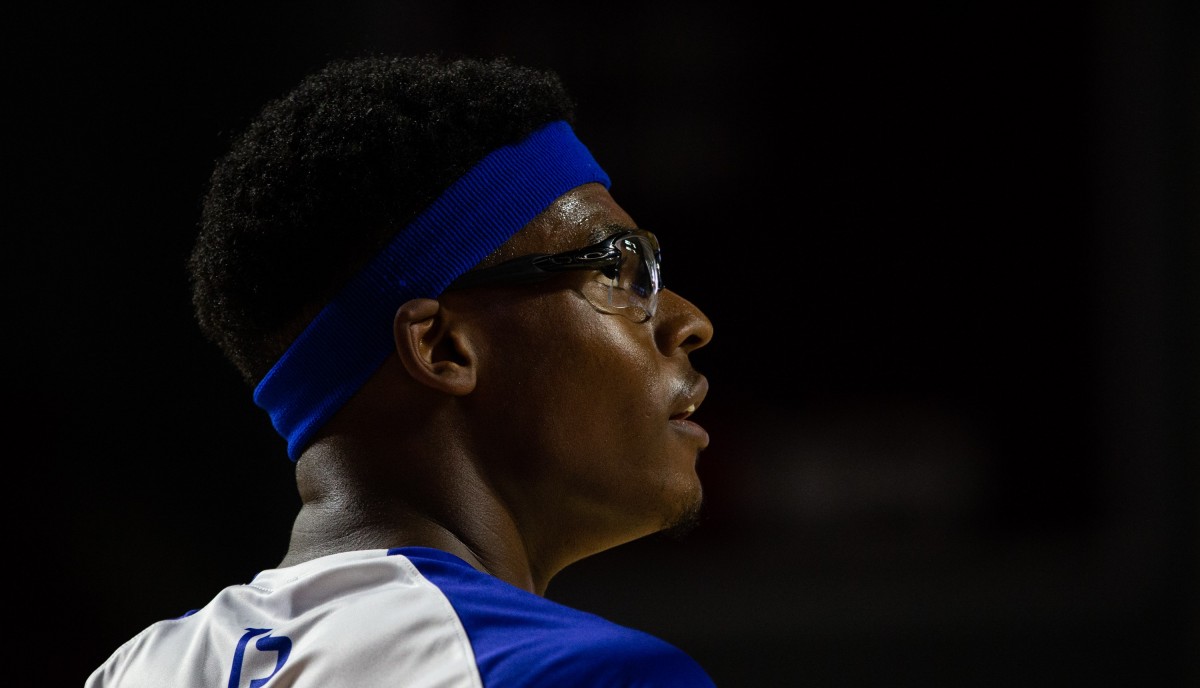 After leading the game for the entire second half until the closing minutes, the River Hawks fell to Sacred Heart 89–86.

The River Hawks fell to 4–6 with the loss, while Sacred Heart improved to 5–4.

While the River Hawks typically face issues with big men, due to the limited size of UMass Lowell’s bigs, Parker brought a different kind of threat to the game. Parker came into the game leading the Northeast Conference (NEC) with 72 total assists and nine assists per game, while Merrimack’s Juvaris Hayes is second in both statistics, but is still quite far behind at 49 total assists and 5.4 per game.

Parker’s court vision was on full display in the first half, dishing nine of his 12 assists in that half. He had no trouble finding open men on the perimeter or in the paint for easy points. He exchanged some words with UMass Lowell junior guard Jordyn Owens, to which another River Hawk replied with, “He can’t shoot, he can’t shoot.” In response, Parker dropped nine points in the second half. Junior forward Obadiah Noel continued his hot streak (21 points, four assists, three rebounds) and even had a handful of highlight-worthy crossovers, including one behind-the-back dribble followed by a layup through multiple defenders for the and-one. Noel only missed a single shot in the first half, and his scoring was instrumental in the Hawks’ lead through the majority of the game. Unfortunately, he missed a crucial bucket in the closing seconds of the game that would have kept them in. Noel managed to drain a buzzer-beater three to end the game, but it was not enough to get the victory. Size was once again a big factor, with Sacred Heart’s senior forward Jare’l Spellman (18 points, eight rebounds) standing at 6’10” grabbing a lot of crucial rebounds in the closing minutes.

Losing the lead in the closing minutes was, in large part, due to the missed free throws. The River Hawks shot 66.67 percent from the line, only making half of their free throws in the second half.

“We missed free throws, and they made theirs, for the most part,” said River Hawks head coach Pat Duquette.

Despite the loss, Duquette is optimistic for the team. While they lost, the loss was very close, and the River Hawks played great team basketball.

“Even though we lost today, and we won Sunday, I thought we played a lot better today,” said Duquette. “It was one of the best games we played all year. That’s the best team we’ve played outside of Ohio State and UMass.”

The River Hawks play their next game this Saturday, Dec. 7, when St. Francis visits the River Hawks at the Costello Athletic Center at 1 p.m.