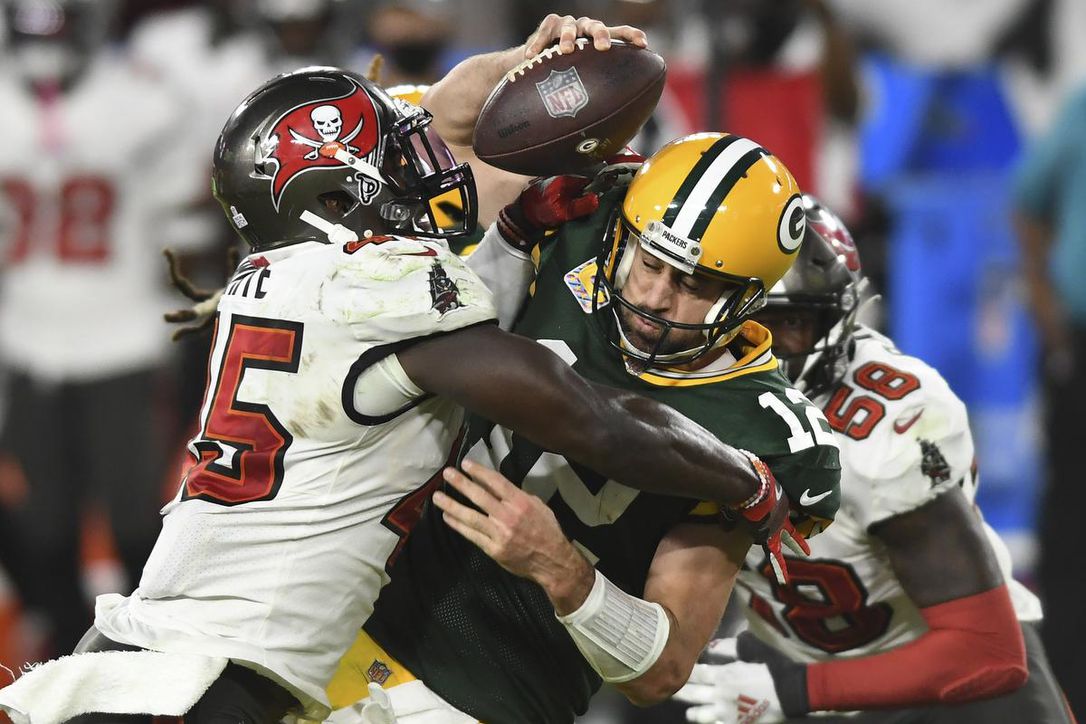 Despite being 43 years old, quarterback Tom Brady has been performing very well this 2020 season. His seasoned leadership of the Buccaneers offense along with a stingy defense has put the Bucs in first place in the NFC South Division after six games.

After spending his first twenty seasons as a New England Patriot, he broke the hearts of many New Englanders when he signed with the Tampa Bay Buccaneers this past offseason. Tight end Rob Gronkowski, another longtime Patriot, joined Brady on the Buccaneers after a year of retirement. These two future first-ballot hall-of-famers gave the Buccaneers instant credibility and some optimism that they can be the first team to play the Super Bowl in their home stadium, as the 2021 Super Bowl has been predetermined to take place in Tampa Bay.

Gronkowski caught his first touchdown as a Buccaneer last Sunday against the Green Bay Packers. The twelve-yard touchdown throw from Brady to Gronkowski looked familiar to Patriots fans. The duo has connected for 7,786 yards and 78 touchdowns throughout their careers. Gronkowski was seen spiking the ball with his left hand, this was due to his right shoulder bothering him earlier in the week.

Tampa Bay dominated the Packers in week six, winning 38-10 and giving Green Bay their first loss of the season. The Bucs were down 10 early in the game but came back and scored 38 unanswered points. Brady completed 17 of 27 passes for 166 yards, two touchdowns, and zero interceptions. His other touchdown pass went seven yards to Bucs receiver Tyler Johnson in the second quarter. Tampa Bay running back, Ronald Jones, rushed for 113 yards and scored two touchdowns.

In other news, wide receiver, Antonio Brown, whose eight-game league suspension is ending in a couple of weeks, has reportedly signed a one-year deal to join the Buccaneers at the time of this article.  Sources say that Tom Brady had been pushing for the Buccaneers to sign Brown. The two played briefly together last season with the Patriots, but Brown was cut after playing only one game. Brady was reportedly against the decision to cut Brown which lead to more conflict behind the scenes for the Patriots. This signing strengthens the Bucs’ offensive arsenal, which is already loaded with talented wideouts like Mike Evans and Chris Godwin.

Tampa Bay is leading the NFC South with a record of 4-2. Right behind them are the New Orleans Saints at 3-2, and the Carolina Panthers at 3-3. Brady and the Bucs are scheduled to visit Las Vegas and play the Raiders on October 25th at 4pm. The game was scheduled for primetime but was moved due to positive COVID-19 testing on the Raiders roster.

The jury is still out for how the Bucs and Brady will perform over the course of the year, but based upon his and his team’s performance over the first six games, as well as the recent addition of Brown, who can join the team after week eight, there is still much optimism in Tampa Bay.