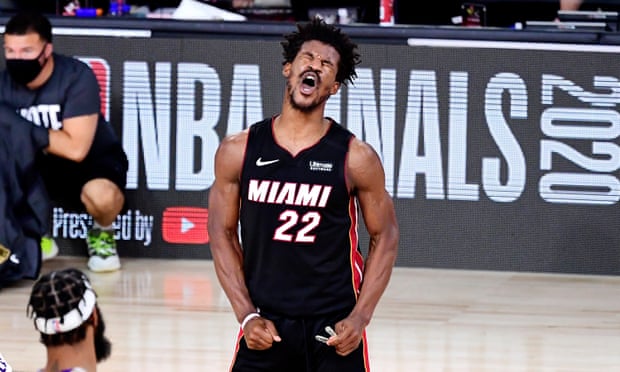 The National Basketball Association, like the rest of the world, was halted by the coronavirus outbreak back on March 11. Rudy Gobert, a player on the Utah Jazz, was the first player to test positive, causing the NBA and the world to come to a screeching halt. Now as we enter what would be the final few weeks of the offseason, we get ready to watch the finals of the NBA playoffs.

The playoffs started after a few games were played to give teams that were close to a playoff spot a chance to get in. The Los Angeles Lakers and Miami Heat advanced all the way to the finals. The Lakers were favored to advance after the Denver Nuggets beat the Los Angeles Clippers in the conference semi-finals. The Heat defeated the Boston Celtics, who were favored to advance.

Heading into the series, the Lakers are favored. They have future first-ballot Hall-of-Fame inductee, LeBron James, and seven-time all-star, Anthony Davis, as their leaders. The Heat are led by five-time all-star Jimmy Butler.

One of the biggest stories to come out of Miami in these playoffs has to be the emergence of rookie guard Tyler Herro. Herro had a coming-out party in Game 4 of the Eastern Conference semi-finals, scoring a career-high of 37 points in one game, while shooting 67%. Butler was seen wearing Herro’s high school jersey the next day.

James is in his 10th NBA Finals (3-6 record), while players like Davis and Butler are making their first Finals appearances. James has undoubtedly has the most experience in this year’s Finals, followed by Andre Iguodala with 6 appearances (3-2).

Game 1 of the 2020 Finals saw the Lakers take control of the series with a 116-98 victory. The Lakers were led by Davis with 34 points in 38 minutes. Butler led the Heat with 23 points. Herro played 30 minutes for the Heat behind only Butler (33 minutes), scoring 14 points.

The Heat are going to need to get some great play from power forward and center Kelly Olynyk and point guard Kendrick Nunn, as both Bam Adebayo and Goran Dragic are dealing with some injuries. Adebayo was injured against the Celtics, while Dragic was injured in Game 1 of the finals.

Game 2 was another loss for the Heat, now down 2-0 in the series. Herro started in place of Dragic and scored only 17 points in 43 minutes. Olynyk scored 24 points, but it was not enough, as the Lakers won 124-114. Again, James and Davis led the Lakers in scoring with 33 and 32 points, respectively.

Game 3 started with the Heat taking a lead early, only to immediately open it up to 11 points (20-9). The Lakers somehow stuck around at the end, trailing by only three despite 10 turnovers and zero points from Davis. Davis had a rough first half getting into foul trouble early and never really finding his shot.

The game stayed tight throughout the first half with the Heat leading by four at halftime. Butler was leading the way for the Heat. When they came out for the third quarter, it seemed like the Lakers forgot to come back to the court. The Heat started the third by opening the lead back up to a series-high 14 points. The Lakers would not score for just over four minutes of the third. The Heat led by five entering the fourth quarter.

The Heat and Lakers went punch for punch through the fourth until Butler took over. The Heat would prevail 115-104 to make the series 2-1. Butler finished with a 40-point triple-double (40 points, 13 assists, 11 rebounds). Winning was all he could think about, said Butler. “I don’t care about all that other stuff,” he said.

The Heat will look to even the series at 2 games a piece, on October 6th. Tip-off is set for just after 9 p.m. on ABC.