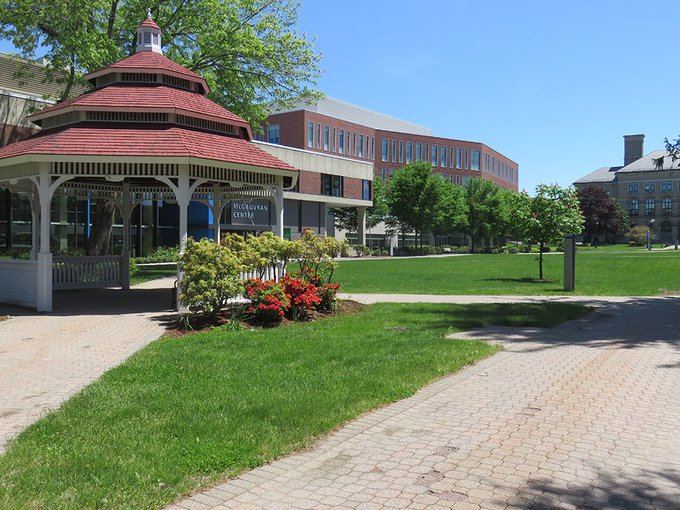 In mid- March, college basketball teams were prepared to participate in the highly anticipated 68-team tournament we recognize as “March Madness.” In the National Basketball Association, Rudy Gobert had tested positive for COVID-19. Soon after, his teammate Donovan Mitchell also tested positive for COVID-19. This led to the NBA being postponed, which led other major sports being postponed. As the dominos started to fall, the NCAA started to follow suit and all NCAA tournaments were canceled. Collegiate athletes had been working all season just for it to be abruptly halted.

The America East Conference, which UMass Lowell is a part of, had decided to cancel practices and competitions throughout the spring and fall seasons. COVID-19 has brought an uncertainty into what will happen in future. With all the uncertainty, it left senior athletes wondering if they would be eligible for another season because they were chasing that championship that they had always wanted.

The big question is what now? Fall sports in the America East Conference have been moved to the spring season, which intertwine with spring sports. Cross country is a fall sport with athletes who participate in spring sports as well.

Amy Huchthausen, the commissioner for America East said, “The NCAA released their relocated fall championship dates in the spring semester. I don’t remember cross country off the top of my head, but I believe it allows for the conference. I believe it’s sometime in the middle of March.”

“Our conference meeting is the first part of May for outdoor track and field, so there is still opportunity there. It only affects the distance runners,” Huchthausen said. “Cross Country runners will be affected the most. Most fall championships are earlier than spring sports despite both seasons being played at the same time.”

In the NBA and in Major League Baseball, we have seen that they have went to a bubble to limit travel and the spread of COVID-19. Major football conferences in the NCAA have been traveling to other stadiums. Athletes and coaches have contracted the virus from traveling and from fans in the stadium, yet sports are still continuing. In the NBA, there were no cases of the virus, which showed that neutral sites work.

Unfortunately, neutral sites are very costly to have, Huchthausen said. In addition, she said that the fear of positive cases would likely cause the sites to shut down. “There’s a definite advantage if you’re able to pull it off,” Huchthausen said.

Students who are UMass Lowell athletes should recognize how COVID-19 has affected their sports careers. It will remain a big factor into what is decided on future events. Nevertheless, they should feel optimistic about their future in sports.