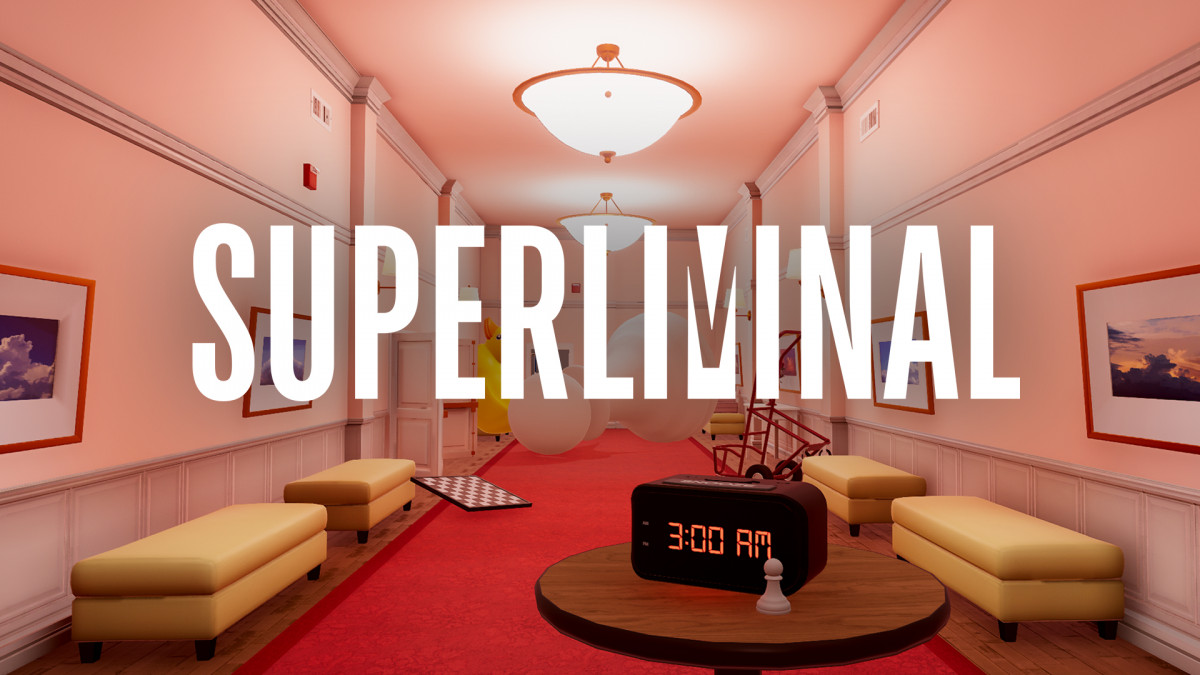 “Superliminal” is what would happen if “Inception” was a platformer. Released on November 5 by Pillow Castle on all consoles, “Superliminal” is a puzzle platform game reminiscent of the “Portal” series by Valve. The player follows a character through their dreams, controlling the environment by where they are looking while reality breaks around them.

The core gameplay of “Superliminal” is very simple, moving and jumping in a 3D environment. However, this gets spiced up thanks to the use of perspective. Selecting an object freezes its relative size to the player, and one can move the object closer or farther away to them to change its actual size when deselected. A wedge of cheese lying on a table can turn into a ramp, and a door can be shrunk into a tripping hazard. Selecting an object up close can make it bigger, while farther away makes it smaller.

The player is also not restricted by keeping things in arm’s reach, either, creating situations where standing in a certain place can open new opportunities. Simply moving around and looking at an object the right way can be the key to many of the puzzles in “Superliminal.”

It should be noted that despite being a game with interesting mechanics, “Superliminal” also gets its value from its story. Most information players are given comes from characters monologuing in the background of levels, but it is dispersed with enough wit and humor to keep them entertained while the game drops exposition.

Unfortunately, the story of “Superliminal” gains much of its value through its use of abstract, dream-like imagery and plain shock value, so players should not be spoiled of what happens. While the plot is fairly simple, the mechanics play a large part in selling the story, breaking the player’s expectations on what can happen and sometimes truly messes with their head. The only criticism that can be made is how the gameplay starts taking a backseat halfway through, which can be a turn-off for players expecting more puzzles instead of story.

In a game set in dreams, it can be hard to really feel like a dream. “Superliminal,” however, excels in this, using its concept of shifting perspectives and building around it to create unrealistic environments that the player must accept as reality in order to progress. Each level has a different theme, creating a backdrop for new puzzles. Most of their designs are soaked in pastel colors. Like everything else, “Superliminal,” keeps messing with the formula just enough to make each level feel special. That said, perhaps the game messes with its soundtrack a little too much, as some levels make a tone shift so sudden that it can shatter the careful illusion the game had been building up to that point.

Overall, “Superliminal” is a fantastic experience to play through, with moderate replayability thanks to hidden secrets and a challenge mode. Its standout premise lets it challenge players and continuously surprise them all the way to the game’s end. A single playthrough takes up to three hours.