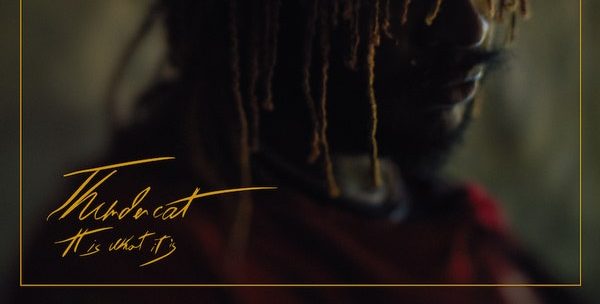 Thundercat, also known as Stephen Bruner, released his album “It Is What It Is” on April 3 earlier this year. This album comes over a year after fellow artist and friend, Mac Miller, passed away in 2018. The two were very close friends and collaborated often. Many of the songs on the album seem to either hint at or directly address Bruner’s loss.

Throughout the entire body of work, Thundercat paints a picture of what his life is like after losing his friend. He experiences very low points, as well as fleeting feelings of happiness.

With this context in mind, Bruner’s first words of “Lost in Space” are a call into the void after losing a loved one. With minimal instrumentation in the beginning, this is a very welcoming introductory song, as Bruner eases the listener into his world. The softly-played keys and strums from a warm enveloping bass sound almost as if the music is rising like the sun.

A seamless transition into “Interstellar Love” coaxes the listener even further into Bruner’s musical world. The listener has started a journey, and it is too late to turn back now. In contrast to the previous song, the listener is instantly hit with drums and bass hits that are both smooth and frantic at the same time.

The song “Black Qualls” is one of the highlights of the project, featuring popular acts Steve Lacey and Childish Gambino. Lacey provides a very simple but funky electric guitar loop that has been run through a phaser. The song utilizes a flanger effect, which means that it alters a sound signal that recombines copied signals. The song creates a warm, carefree feeling as it transitions from the instrumentation to the chorus. Gambino finishes the track with a powerful vocal performance and unyielding presence. He somehow is able to steal the show from this impressive ensemble of artists with his short but sweet outro.

“How Sway?” is a very short track clocking in at only 1:14 minutes. What the track lacks in length it more than makes up for in presentation. It features no lyrics and is almost entirely a bass solo, with minor accompaniment by an equally fast-paced synth and drums. At 160 beats per minute, the song is almost chaotically fast and sounds like stress personified.

Bruner leaves his feelings of anxiety and stress at the door in “Funny Thing,” which is perhaps the funkiest and most content-sounding on the whole album. The in-your-face bass is reminiscent of an ‘80s disco track and it is nearly impossible not to dance or bob your head along with the music.

An unconventional love song, “Dragonball Durag” is a very easy listen. The instrumentation on this song is much slower than most of the album, creating  both a smooth and serene effect. The lyrics, however, show Thundercat’s casual sense of humor.

These revealing and humorous lines almost establish a sense of trust between the listener and the artist. While he takes his music very seriously, Bruner does not take himself too seriously. Distinctions like this are appreciated in a music scene full of serious and stern artists.

From this point onward, the music and subject matter in the album is much more serious and somber. “Unrequited Love” shows immense contrast from the comedic style of the previously mentioned song.

The track is so slow that it seems to be trudging forward, struggling to continue. The hard-hitting snare feels like a large pendulum, slowly hitting side to side. Bruner perfectly depicts the feeling of a one-sided love and his sadness can be heard through the music.

This sadness can be heard as well on “Fair Chance” and the closing titular track “It Is What It Is.” Bruner pays tribute to his late friend Mac Miller. The feelings of loss, remorse and loneliness are expressed so well by the total lack of instrumentation besides a slow and subtle bass guitar and somber vocals. The final words on the album are “Hey, Mac.” This was Bruner’s way of saying his final goodbye to his friend.

“It Is What It Is” is an open and honest depiction of the ups and downs of our lives. The album works very well when listened to in its entirety. While expressing feelings of both ecstasy and despair, each track perfectly conveys fleeting and recurring emotions.

His message is clear in the end: no matter what happens in our lives, these are the hands we have been dealt. We will live to see another day, regardless of our condition today. It is what it is.