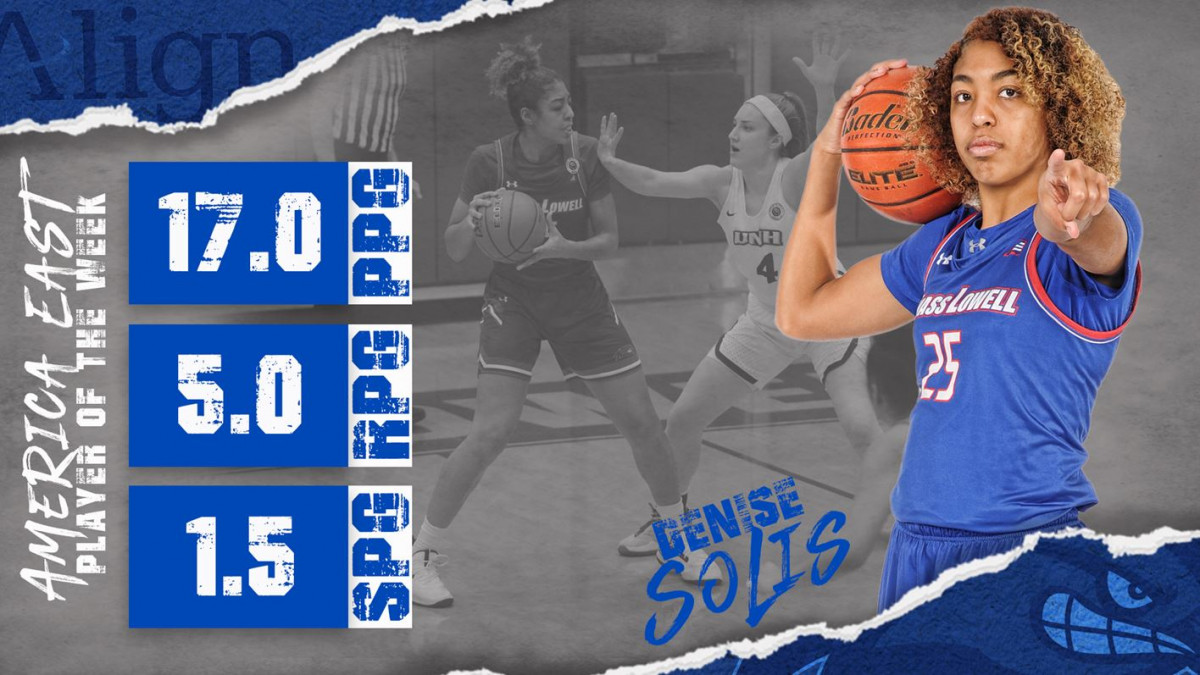 UMass Lowell’s sophomore forward Denise Solis was named America East’s Player of the Week on Feb. 15. This came after an all-star performance with games against UNH which the River Hawks won on Feb. 13 and 14. This marked the team’s third series sweep of the season.

Solis averaged 17 points and five rebounds with a season-high of 20 points in the second game. Solis is also ranked first in the league for field goal percentage at 56.6 percent. She has a season average of 11.6 points per game. This was her first career nod for Player of the Week. However, she was named Rookie of the Week once in 2019.

The UMass Lowell River Hawks came out on top by over 30 points in the first game with a 16-3 run late in the second half. The final score was 74-40, making the game a blowout. The second game was a bit closer with Lowell up by seven points going into halftime. Still, the River Hawks were able to take control in the third quarter and finish the game with a score of 73-52. This pushed UNH down to sixth place in the division with a record of 5-13.

When commenting on the series against UNH, UMass Lowell’s women’s basketball head coach Tom Garrick said, “We came back today with the right approach. The second day is always tough, mentally more than physically, so I’m really proud of the team effort.”

The River Hawks also celebrated their senior class in a ceremony before the second game against UNH. The seniors included Linda Svenne, Niya Johnson and Tiahna Sears. Svenne was able to put the team up by 20 late in the game with a three-pointer.

Going back further, the River Hawks lost two away-games to the Maine Black Bears on Feb. 6 and 7. The first of the two ended poorly for UMass Lowell with a score of 81-49. The second was a close battle with Maine winning the game on the free-point line and a final score of 53-51. Solis again led the team in scoring with 12 points and 17 points, respectively. Maine is currently in first place in the America East division at 15-2.

The River Hawks are performing well with an overall record of 11-8, which places them in third place out of the 10 teams in the America East. The division announced in January that they would be releasing the schedules in two-week increments to be flexible with COVID-19 related issues. UMass Lowell is scheduled to play Stony Brook on Feb. 19.

The River Hawks are ranked fourth in the nation for three-point defense averaging at 22.9 percent. They have a season high of 81 points from their game against Hartford on Jan. 9. Fans are hoping that Solis and the team can continue their momentum from last weekend’s sweep and beat the second placed Stony Brook in their next game.