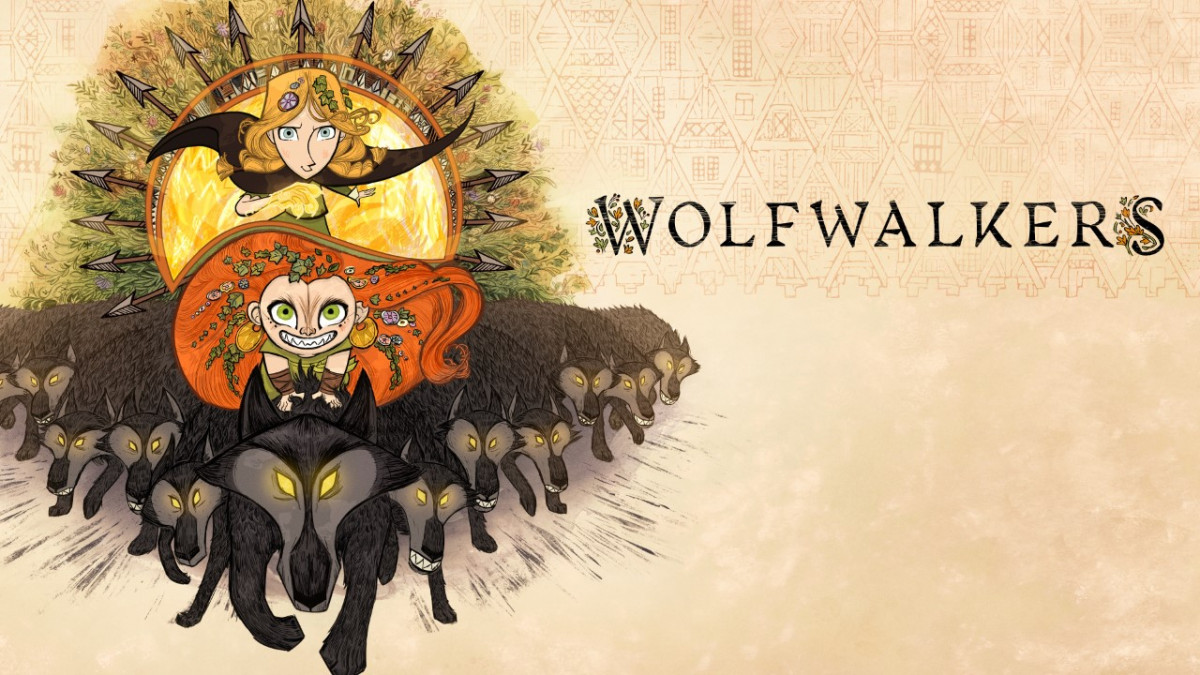 From Irish production company, Cartoon Saloon, known for Oscar-nominated films such as “The Secret of Kells,” “Song of the Sea,” and “The Breadwinner,” comes “Wolfwalker.” Cartoon Saloon is known for hand-drawn animation, which has become quite rare nowadays, as most animated films are made using 3D computer animation. The rarity of this storytelling medium makes it even more of a treat when the opportunity to view such a film presents itself.

The film is set in the Irish town of Kilkenny in the 1650s, where the despotic leader, Lord Protector Oliver Cromwell, clashes with a pack of wolves in the nearby woods as he tries to clear the land for farming. The story follows a curious young girl, Robyn Goodfellowe, and her father, a hunter tasked to hunt down these wolves. Robyn’s life changes forever when she comes across a girl in the woods, Mebh Óg MacTíre, living with the wolves.

First and foremost, the film is very beautifully made. The time and effort committed to the making of this film is evident. The vast majority of the scene backgrounds are incredibly detailed watercolor paintings that look like they could be framed and put on a wall. The character designs in this film are pretty fantastic, it plays the perfect line between abstract and realistic. The homes and different buildings in the town feel vibrant yet lived in.

The story is not exactly original by any means, but it is a very powerful and emotional film nonetheless. It tells a simple story in a very effective way. The story of man versus nature has been told many times before in films such as “Avatar” and “Pocahontas,” so when it comes to tackling a familiar story effectively, there must be more weight placed on the writing, characters and visual filmmaking to distinguish itself from its predecessors. “Wolfwalkers” delivers well written characters in a fully established and lively world and gives us a touching story.

The voice cast includes actors like Sean Bean and Simon McBurney, but the two young actresses, Honor Kneafsey and Eva Whittaker, steal the show. Bean and McBurney do a very fine job as expected from experienced actors, but Kneafsey and Whittaker do an incredible job as the two main characters. Even though they are only voice actors in this instance, at 16 and 11 years old respectively, they give very emotional and believable performances, and it is clear that they both have very bright futures ahead of them.

The Irish folk music inspired score is composed by Bruno Coulais and folk group Kíla. They collaboratively bring an even more mystical ambiance to the already mystical world that is created. There is also a new version of “Running with the Wolves” from Norwegian singer-songwriter Aurora, which is used in a pinnacle moment in the film between the two main characters.

“Wolfwalkers” is a very stylized film. There are a lot of instances that the film changes the framing and aspect ratio that enhances the experience. There are also some interesting usages of both 3D and 2D drawing styles that gave the film a very unique vision.

It is quite unfortunate that so few people have watched this film. It is one of the best, if not, the best animated film of 2020. It was released on Apple TV+, so it is not as accessible of a film because it was not released on any of the big streaming services. It is definitely worth checking out if the opportunity arises.