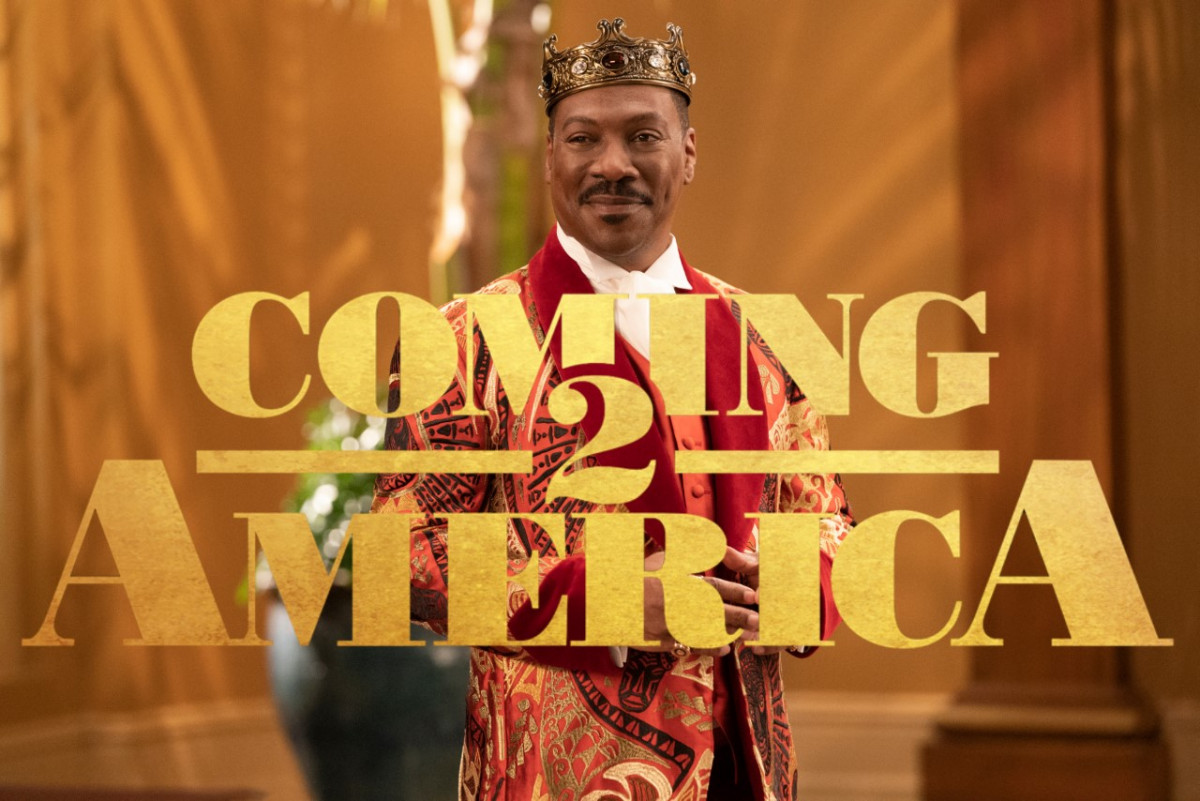 (Photo Courtesy of Amazon Studios) Coming 2 America has a 50% rating on Rotten Tomatoes.

Eddie Murphy is one of the best comedians to come out of “Saturday Night Live,” and had a stellar career in Hollywood from the 1980s through the late 1990s. He did not have the same level of success at the turn of the century, as his most iconic role in that era being the voice of Donkey from the “Shrek” films. It was not until 2019 when the biographical comedy “Dolemite Is My Name” was released on Netflix, that Murphy got the attention he deserved with even a Golden Globe nomination for his role in the film. Murphy and Brewer have teamed up once again for “Coming 2 America.” But they were not able to achieve the success they got with their previous venture, as this film is nowhere as good.

“Coming 2 America” follows Prince Akeem Joffer of Zamunda (played by Eddie Murphy) and his loyal confidant, Semmi (played by Arsenio Hall), as they travel back to America to find the son Prince Akeem did not know he had.

Murphy and Hall, just like in the original film, play multiple characters. Although they are not in the film too much, they do get some hilarious lines that poke fun at modern America and New York. Wesley Snipes is also in the film as the leader of a neighboring country, Nextdoria, and he seems to have fun with his role. The great James Earl Jones also returns as King of Zamunda.

Once Akeem and Semmi travel to America, comedic escapades similar to the first film ensue. However, this film is not able to achieve the same success, as it is nowhere near as good as the previous film.

“Coming 2 America” is not as funny as “Coming to America.” There are a few decent jokes sprinkled throughout the film, but it still is not able to compete with the original. There are a lot of references to the previous film, and while that is expected in a sequel like this, it feels like they insert references to the original without caring about whether or not it would further the story. This film is filled to the brim with cameos. There are quite a few cameos from actors, comedians, singers and even an athlete. They do not necessarily add to the film nor help the quality of the film, but they do improve the viewing experience.

The film was produced on a lower budget of $60 million. In this day-and-age, a $60 million budget is on the lower end. With so many actors and notable cameos, it is pretty impressive that they were able to make a film on this budget, despite the film’s lack of production value.

When approaching a film with a lower budget like this, it is incomprehensible that Brewer would choose to use some more expensive, cutting-edge CGI. It is typically good practice to recognize production constraints when making a film to prevent pitfalls like this, but Brewer goes for it. The budget constraints are glaringly obvious in scenes where CGI is used. There are instances with CGI animals that look good, considering their limitations. But the de-aging effects, although a bold move, do not work too well.

Brewer utilizes de-aging effects to recreate characters from the time of the original film. Although he uses proper techniques to try to make the de-aging look acceptable, such as having the scenes best set at night to limit the lighting, the effects still do not work. Brewer makes a risky move with the animal effects in the film, and they work. The de-aging, on the other hand, could have been done differently. The effects look similar to what was seen in Martin Scorsese’s “The Irishman,” but due to the aforementioned budgetary constraints, the CGI is not as good as it could have been.

“Coming 2 America” is nowhere as good as the original film. Regardless, it is still a film you can have fun with and derive some sort of enjoyment from. Rewatch the original and check this one out if you have access to Amazon Prime Video.