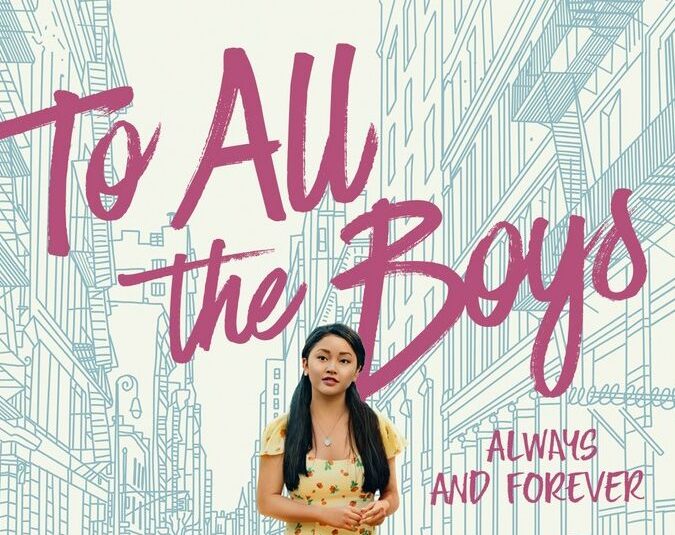 (Photo Courtesy of Netflix) Always and Forever is the third installment to both the book series and movie franchise.

In 2014, author Jenny Han released the first novel of her “To All the Boys I’ve Loved Before” series. Han later released the sequel and the threequel in 2015 and 2017: “P.S. I Still Love You” and  “Always and Forever, Lara Jean”. Very soon after, in 2018, Netflix created a movie adaptation of the first book that sent the world into a frenzy. After this reaction, Netflix continued to produce movies for the rest of the trilogy.

The final movie was released by Netflix on Feb. 12, 2021, giving hopeful singles and couples something to dive into on Valentine’s Day weekend. For those unfamiliar with the quirky love story that belongs to Lara Jean Covey, played by Lana Condor, and Peter Kavinsky, played by Noah Centineo, it is one that is as old as time, but also contains its own unique twists. The story involves classic tropes such as the quiet girl with one friend and a love for writing, and the popular jock that sits at the top of their high school’s hierarchy. In this trilogy, they were brought together by a  love letter written by a young Lara Jean which ends up in an adventurous connection between the two.

In the third installment of Lara Jean and Peter’s journey, they find themselves in their senior year which entails college applications, senior prom, graduation, breakups and evidently, makeups. The pair has their hearts set on going to Stanford together, but when she does not get in, the couple creates alternate plans: Lara Jean will go to U.C. Berkley and then transfer to Stanford after her freshman year to be with Peter. That is until the senior trip where Lara Jean falls in love with New York City. She has a life changing night, roaming the big apple with her childhood friends, Chris and Gen, and begins to envision a life there.

After the trip, unbeknownst to Peter, she applies to NYU and is accepted. Peter becomes indifferent and the dynamic of their relationship begins to change. On prom night, Peter breaks things off with Lara Jean, making her fear of losing him a reality.

Although the trilogy has ended, fans are still wondering what is next for Lara Jean and Peter. In a BuzzFeed article, author Jenny Han said that she is not sure where L.J. and Peter are now, but she also said “never say never,” in terms of revisiting their stories years from now. The way that the movie ended was not only heartwarming, but it was also strategic. It left viewers to ponder the possibility of witnessing the love story between L.J. and Peter again at some point while also leaving them satisfied with possibly never seeing it again.

This movie, along with the entire series, is a contemporary spin on all the classic, boy meets girl romance films that have been around for ages. Seeing their story evolve from the beginning where they are fake dating, to the middle with their first breakup and to the end where they are so in love that they are willing to make it work even 3,000 miles apart, just confirms what all romantics believe: love conquers all.

While some might call this type of movie predictable or corny, others will argue that the typical happy ending is always the best part. Most love stories are easily anticipated on purpose. Additionally, the story being narrated by Lara Jean makes the audience feel as though they are on this journey with her, experiencing the ups and downs of her relationship and hearing her innermost thoughts.

The leading and supporting actors and actresses in the third film did an amazing job at telling this story. All the surrounding narratives, such as Lara Jean’s father finally finding love, her little sister Kitty getting her first boyfriend and Peter healing his broken relationship with his father, all contributed to the stellar development of the story. What makes it so unique is that the creators were able to tell the other character’s stories while never losing sight of L.J and Peter’s.

Lara Jean ends the movie with her final thoughts saying, “…I do know that love, real love, is choosing each other through all of it, every single day. Beginning and middle and end.” “To All the Boys: Always and Forever”, was a highly enjoyable motion picture that made people laugh and cry all at once. This was more than a wholesome teen love story. It was an experience.