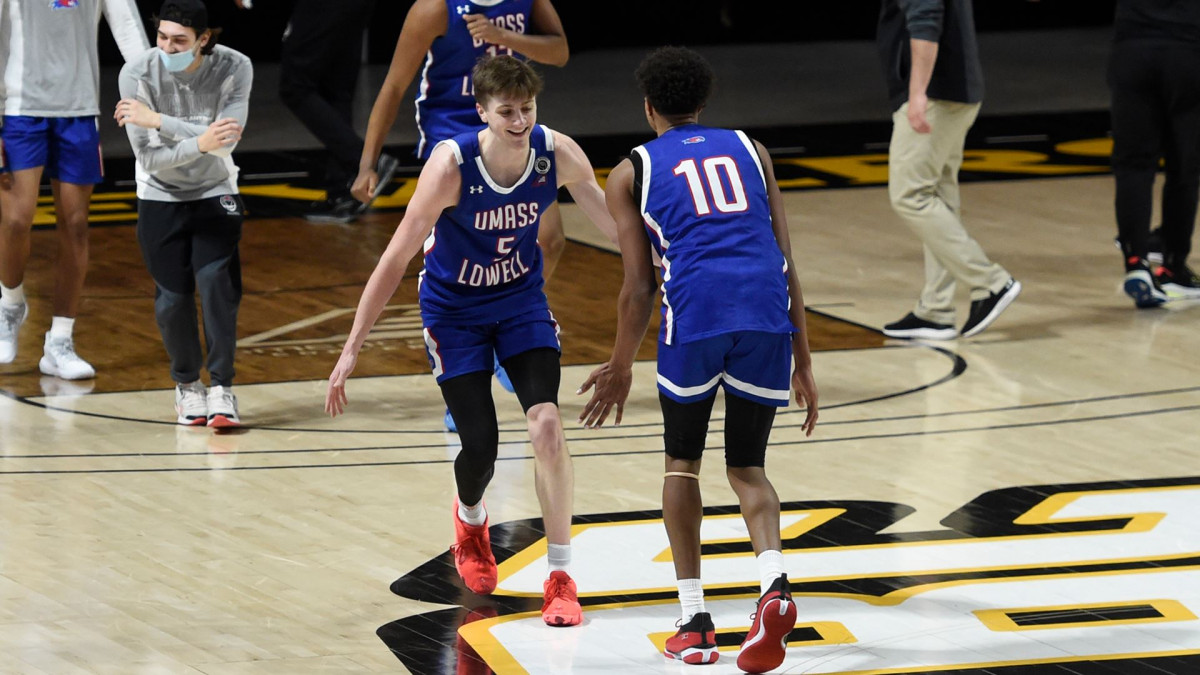 After an upset against the UMBC Retrievers in the semifinals, the River Hawks propelled themselves to the America East Championship game for the first time in team history. This is also the first year Lowell has won a post-season game since entering the Division I program eight years ago.

The game against UNH was a little less close, but still competitive, with a final score of 72-64.  Lowell’s senior guard Obadhia Noel put up 28 points in the game, going 10-16 on shots.

Entering the semifinals, the Retrievers were ranked first, and the River Hawks ranked sixth out of the ten teams in the division. The game was close until the end, but Lowell was able to come out on top as the visitors, with a score of 79-77.

Lowell sophomore forward Connor Withers and Noel each put up over twenty points. Withers scored a career-high of 29 points, with a remarkable nine three-pointers made. Noel had an equally as impressive performance with 22 points. Guard R.J. Eytle-Rock lead the Retrievers with 18 points and six rebounds.

UMBC was up early in the game at 27-11 halfway through the first. Later in the half, Lowell’s freshman guard Anthony Blunt scored five points straight to bring the game to single digits. In the second, the River Hawks went on a six-minute 19-8 run, lowering the lead to just three points.

Late in the second half, Noel gave the River Hawks their first lead since early in the first by sinking a clutch two free-throws, making the score 78-76. Noel made six free-throws total in the game. Withers scored the last points of the game through a free-throw with 18 seconds left, securing the victory.

On the match, Lowell’s head coach Pat Duquette said, “It was an awesome playoff basketball game regardless of who won today. There were major ups and downs, huge shots and big plays today. It’s the first time we’ve been through it, part of the enjoyment is getting to a place we’ve never been before.”

This latest win is also giving the team the chance to make the NCAA March Madness Tournament, which starts on March 18. As with the championship game, this would be the first appearance for the River Hawks in the NCAA Tournament.

The America East Championship game is scheduled to be played at 11 a.m. on March 13. The underdog River Hawk team will be facing the fourth-ranked Hartford Hawks. If Lowell wins this, they will automatically make the NCAA Tournament. The two teams traded victories early in the season in consecutive games on Jan. 9 and 10. The River Hawks have exceeded expectations this post-season, and fans are hoping that they can continue to succeed.