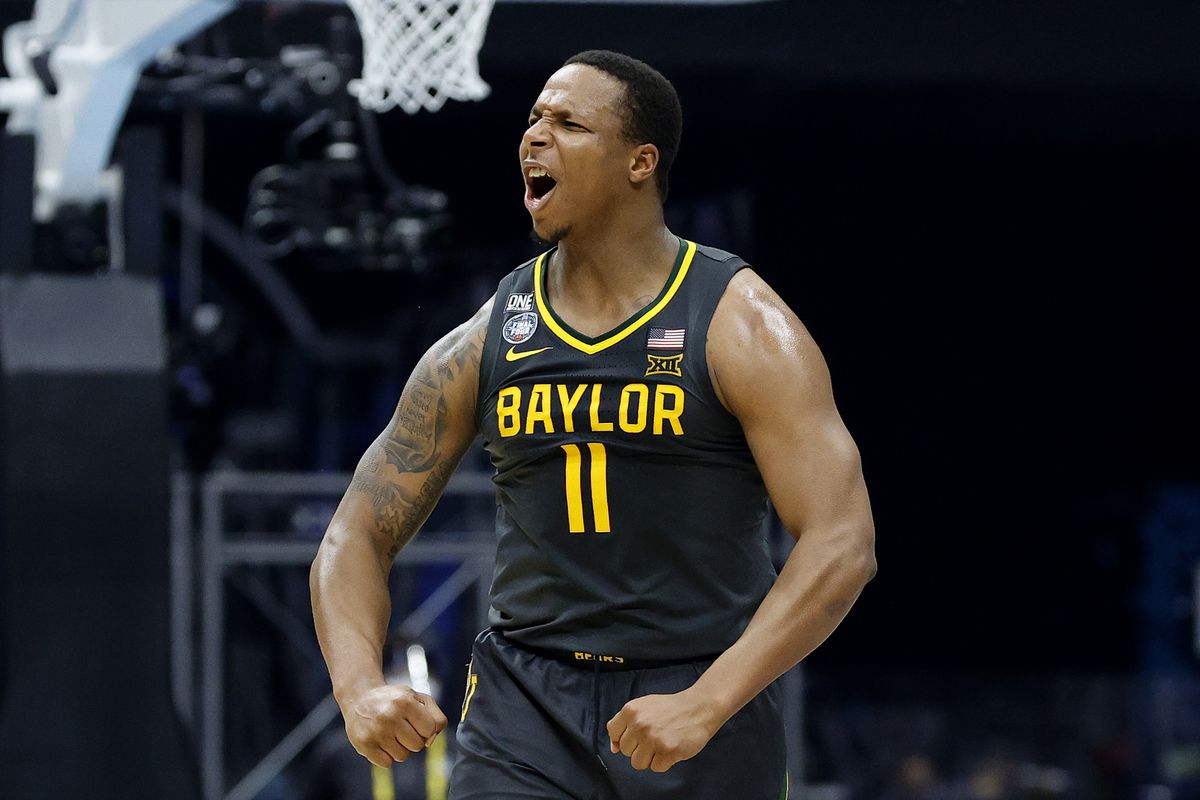 (Photo courtesy of SBNation.com) Baylor’s Mark Vital on the court during the Championship game

On Monday, April 5, the Baylor Bears took down the undefeated Gonzaga Bulldogs 86-70 in the Men’s NCAA Championship in Indiana. This was Baylor’s first ever men’s basketball national title. Baylor was the early aggressor and took the lead early in the first half. They were able to maintain their lead to the final buzzer.

Gonzaga entered the championship game following a thrilling, classic overtime win against the eleven-seeded UCLA Bruins in the Final Four two days earlier. The final score of that game was 93-90, with Gonzaga’s Jalen Suggs hitting a game-ending, buzzer-beating half-court shot to secure the win.

However, dreams of a perfect season fell short in the championship finale against the formidable top-seeded Baylor Bears.  If Gonzaga had won, they would have achieved the first Division 1 perfect season, including a national championship win, since Bobby Knight and the Indiana Hoosiers pulled that off in 1976.

Baylor’s sharp shooting, strong rebounding and defense enabled them to take an early lead and keep the lead throughout the game.  It took Gonzaga about four minutes to score their first bucket of the game. At that point, Baylor was already up by nine points. The Bears sustained their solid performance throughout the half and were able to go up 21-6 around halfway through the first. Gonzaga was ultimately never able to catch-up.

The Bears’ three-point shooting was impressive, converting 44% of their attempts from beyond the three-point line. Baylor’s defense and Gonzaga’s struggles to control the ball lead to Gonzaga committing 14 turnovers.  However, Gonzaga did come up on top for field-goal percentage, scoring 51% of their shots. Baylor finished the game with a lesser 45% field-goal percentage, but this was still enough to secure the win.

Baylor’s guard, Jared Butler, led the Bears. He scored 22 points, including six free throws and four three-pointers. This was a personal record for Butler in the tournament. He also led the team in assists, with seven. For Gonzaga, Suggs led for scoring. Similarly, he also made 22 points, scoring most of them after halftime.

On the game, Gonzaga’s head coach Mark Few said, “You try to do everything within your power to flip the switch. But yeah, it was tough. When they’re consistently just more aggressive on both ends, it was hard to generate rhythm. We’d score a couple of times. We couldn’t ever get consecutive stops to kind of close some gaps. Then we didn’t help ourselves — we turned the ball over, we missed free throws.”

Despite the difficulties of the pandemic, college basketball fans were happy that they could watch the always-popular March Madness tournament. As for Baylor and Gonzaga, both teams will be looking forward to next season, which will likely be more typical following the rollout of the COVID-19 vaccines.