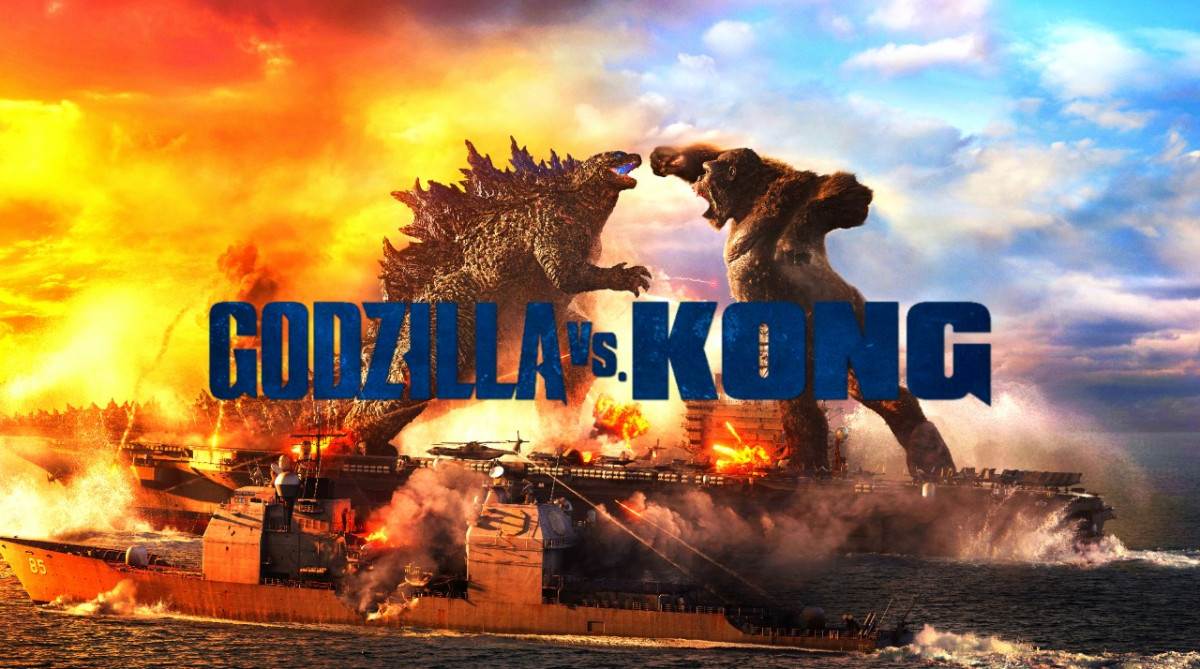 (Photo Courtesy of Warner Bros. Pictures and Legendary Pictures) This is the fourth installment in the Monsterverse franchise.

“Godzilla vs. Kong” marks the fourth film in Legendary Pictures’ Monsterverse. This time, director Adam Wingard is at the helm. He is known for “You’re Next,” “The Guest,” and “Blair Witch.”

“Godzilla vs. Kong” had a very troubled development, resulting in the release date being pushed. Once COVID-19 hit, that release date was only pushed around more, until it eventually landed with an HBO Max and theatrical release on March 31.

The story of the film follows Kong as he is lured by humans to his ancestral home to obtain a weapon to battle against Godzilla and stop his unexplained rampages across the world. “Godzilla vs. Kong” is the shortest film in the Monsterverse franchise and is very fast-paced.

This meant that much less time was spent with the poorly written human characters and more time was focused on the monsters that viewers wanted to see. The runtime and pacing also leave something to be desired, as the film feels too short, like it is nearly incomplete.

Wingard utilizes techniques of color and lighting that viewers saw in his previous work.  The usage of neon lights and contrasting colors in certain scenes creates a visually appealing atmosphere.

The film stars Millie Bobby Brown, Alexander Skarsgård, Rebecca Hall, Brian Tyree Henry and newcomer Kaylee Hottle. The majority of the characters are either bearable or annoying, and the same can be said about the actors’ performances.

Brown’s character, Madison, is a returning character from “Godzilla: King of the Monsters.” She is slightly better in this film, but that might be because she has much less screen time.

The best human character and performance comes from Hottle, who plays the character of Jia, an Iwi native from Skull Island. Jia gains a bond with Kong and she communicates with Kong using sign language since she is deaf.

Hottle gives by far the best performance in the film and is at the core of the more emotional scenes. Hottle, like her character, is also deaf, which is a great bit of representation in such a high-budget film, especially when she is one of the highlights.

The computer-generated imagery (CGI) in this film is the best it has ever been in regards to monster films. “Godzilla vs. Kong” delivers a CGI spectacle, the likes of which viewers have not seen since Peter Jackson’s “King Kong” (2005). The confrontations between Godzilla and Kong are all exhilarating and inventive.

“Godzilla vs. Kong” is a film that requires you to turn off your brain, in a way reminiscent of the “Fast & Furious” films. It does not take itself seriously and the only way to enjoy the film to its fullest is to do the same.

Although there are some issues in the film, it is still very enjoyable and definitely worth watching on HBO Max. The film is made for the big screen, so if you are able to watch it in theaters or at a drive-in, you will get the full intended experience.