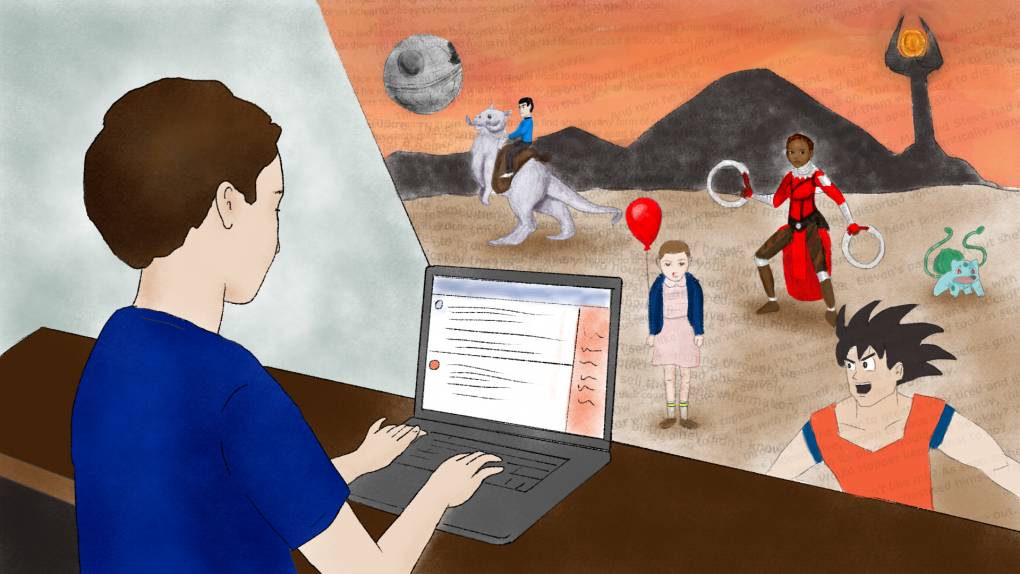 (Photo courtesy of Kelly Heigert/KQED)  Fan fiction is writing based on a pre-established published story.

You have no idea how much it annoys me to my core when people disparage fanfiction writing as “not real writing.” Fanfiction is written stories, so it’s real. I thought that was simple. Apparently, it isn’t. That is why I am here to give my argument as to why fanfiction writing is genuine writing.

So what if it’s not an academic paper or a novel. Writing comes in all shapes, sizes, and forms. Long story short, when I was 14, I was watching a TV series. I was disappointed by the ending.

I thought it was an utter disaster and should never have made it on the screen. So, I wrote fanfiction based on said TV show and how it should have ended—my favorite character doesn’t die a brutal death at the hand of his worst nemesis, he falls in love with the woman of his dreams and they both live happily ever after.

Obviously, they go through… how do I put this… ups and downs. You know, to spice up the story a little bit. However, the bottom line is, they ended up living their happily ever after, something the directors could not provide for some reason.

I spent hours upon hours on my computer, crafting this story, developing the original characters way more than the directors could ever have and introducing new characters that enhance the story line. I spent so much time thinking about what twists and turns to add.

Of course, I needed to add a little bit of adventure here, a little bit of angst there and, of course, a lot of romance to satisfy the romantic in me. Yet, people have the audacity to make fun of me and say “Oh, it’s not real writing.”

Well, have they poured their heart and soul into dedicating hours of writing 100,000 plus words and 40 plus chapters, not to mention publishing it online, so the world could see how the story line could have ended? I think not.

Writing fanfiction stories has helped me grow as a writer. I learned from my mistakes and blunders and proceeded to write better next time. I possess countless drafts of these stories as a testament of my development as a writer.

Fanfiction has helped me learn new writing techniques. It gave me the space to practice writing about things I have never written about before.