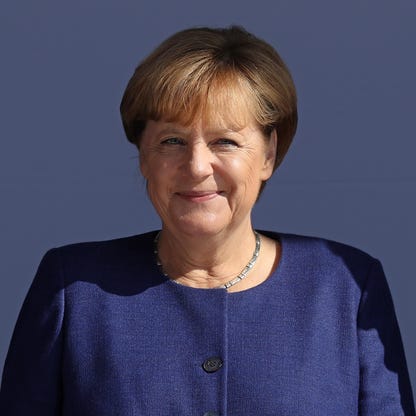 Chancellor of Germany Angela Merkel has made the decision to step down after 16 years of governing Germany as the country’s first female chancellor. She is remembered for governing the country throughout major world events such as the 2008 global financial crisis, the Eurozone crisis of 2009, the 2015 immigration crisis in Europe and more recently, the COVID-19 pandemic.

Merkel grew up in communist East Germany when the country was divided in two. She studied physics and received a doctorate degree in chemistry. She was only 35 years old when the Berlin Wall, regarded as the symbol of the Cold War and the barrier between East and West Germany, fell in 1989. That was when Merkel decided to pursue a career in politics.

She worked for Chancellor Helmut Kohl as a minister for women and youth, making her the youngest member to work for him. In time, she was finally elected chancellor in 2005 as the leader of the center-right party the Christian Democratic Union (CDU). She chose not to run for a fifth term in the parliamentary elections which was held Sept. 26 of this year. Right now, Merkel has no plans to continue in other political avenues. Armin Laschet succeeded her as the leader of the CDU and as the party’s candidate in the parliamentary elections.

During the elections, Germany’s left-leaning political party, the Social Democratic Party (SDP), won the largest number of votes in the federal parliament, known in German as the Bundestag. However, it has not been determined that the leader of the SDP, Olaf Scholz, will win and become the next leader of Germany.

According to a recent report by CNN, there have been talks that both the SDP and the CDU parties may want to begin the process of forming a new coalition government, which is when, in the absence of a majority vote, two parties cooperate to form a new government. If that were to happen, it would leave the two next parties, the Green Party led by Annalena Baerbock and the Free Democratic Party (FDP) led by Christian Lindner, as kingmakers, or people who influence the choice of the next election of a leader. The Green Party and the FDP, despite their small number of seats in the Bundestag in comparison to the CDU and SDF, have won a considerable measure of popularity amongst younger German voters because of their stance on climate change.

Still, the CDU and the SDF parties have governed together for years as a coalition government. An article by BBC news said that the CDU’s more right-leaning stance and the SDF’s more liberal one was a determining factor in Olaf Scholz’s desire to form a new coalition government with the Green party and the FDP party as they are more left-leaning than the CDU.

The process of forming a coalition government is challenging, because it takes months to pull together. Currently, Olaf Scholz still has the majority of votes and is leading in the election.