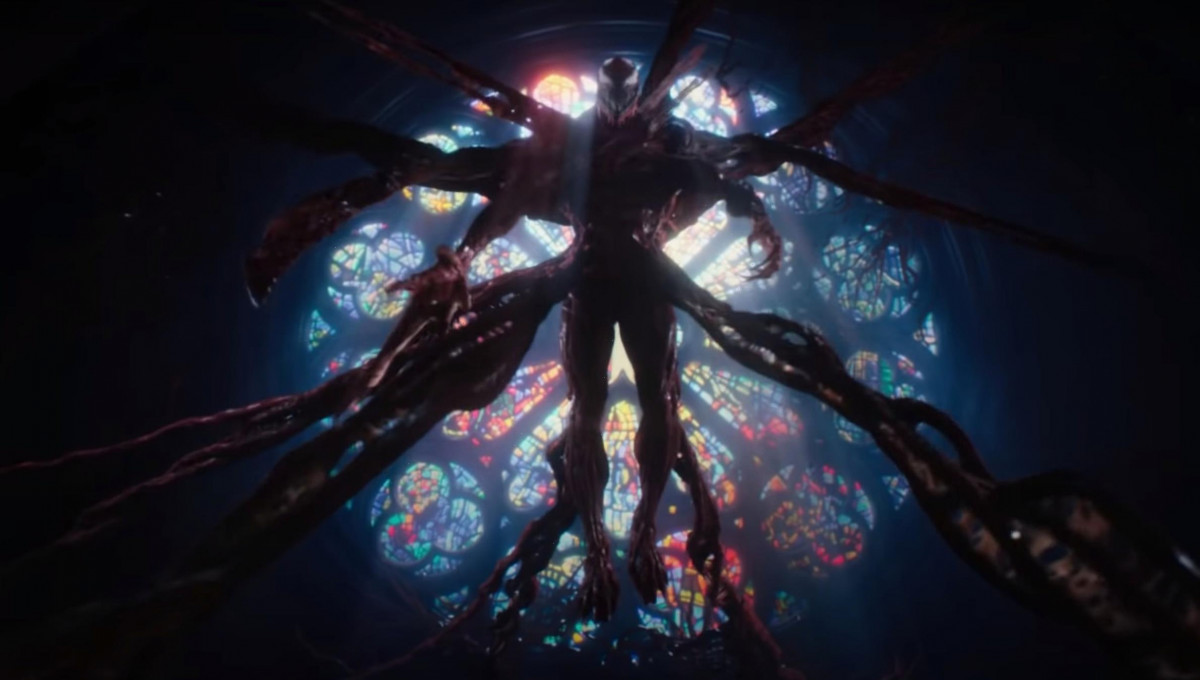 “Venom: Let There Be Carnage” is an explosive expansion upon the 2018 release, “Venom”. The Marvel blockbuster presents elements of a comic book film, a friendship comedy and a twisted romance, and it somehow manages to make it all work cohesively.

Directed by cinema veteran, Andy Serkis, “Venom: Let There Be Carnage” focuses on the relationship between Eddie Brock (played by Tom Hardy) and the parasitic alien symbiote, Venom, living inside him. Hardy’s performance as both Brock and Venom brings humor to the film, as Eddie appears to be arguing with himself most of the time.

Naomie Harris’s performance as Cletus’s girlfriend, Frances Barrison, also known as Shriek to comic lore experts, is surprisingly powerful and hard-hitting when it is least expected. She plays a disturbing role very well, creating two complex villains for Hardy’s characters to play off and battle against.

The CGI and animations are another impressive aspect of the film that take viewers by surprise. Carnage’s initial reveal caused audible audience reactions at the shocking level of realism.

Hulking CGI Venom and Carnage’s interactions with normal humans showcase the animation to the fullest; the size and scope of the computer animated figures is nearly mind-blowing.

The fight scenes are engaging, dynamic and easier to interpret than the prior film. Most memorable was an action-packed sequence outside an abandoned children’s home featuring Harrelson and Barrison in all of their unhinged, symbiotic glory.

Action and plot come together to expand on Venom’s story and give him plenty of opportunities to cause chaos in the future.

Venom and Eddie have a surprisingly tender and heartfelt relationship, frequently arguing like an old married couple with Venom playing the voice in Eddie’s head that points out all of his flaws. Their complex relationship may resonate with viewers who also struggle with insecurities and battle their own versions of Venom in their day-to-day lives.

Not your typical superhero film, the “Venom” sequel is less about saving the universe and more about making amends with the past and your own demons, literally and metaphorically. For fans of Marvel comics and films, “Venom: Let There Be Carnage” will not disappoint.

However, general viewers and casual fans may be left in the dust without the context of the comics or the first installment of the “Venom” franchise. This sequel can not stand on its own as a film, making it less accessible to those who aren’t super-fans of the comic book series.

Ultimately, “Venom: Let There Be Carnage” is a fun and engaging sequel that insists that this is not the end for Hardy’s portrayal of both Eddie and Venom.

Any Marvel fans looking for their next fix or needing to catch up on films they have missed should catch this installment in theaters now.