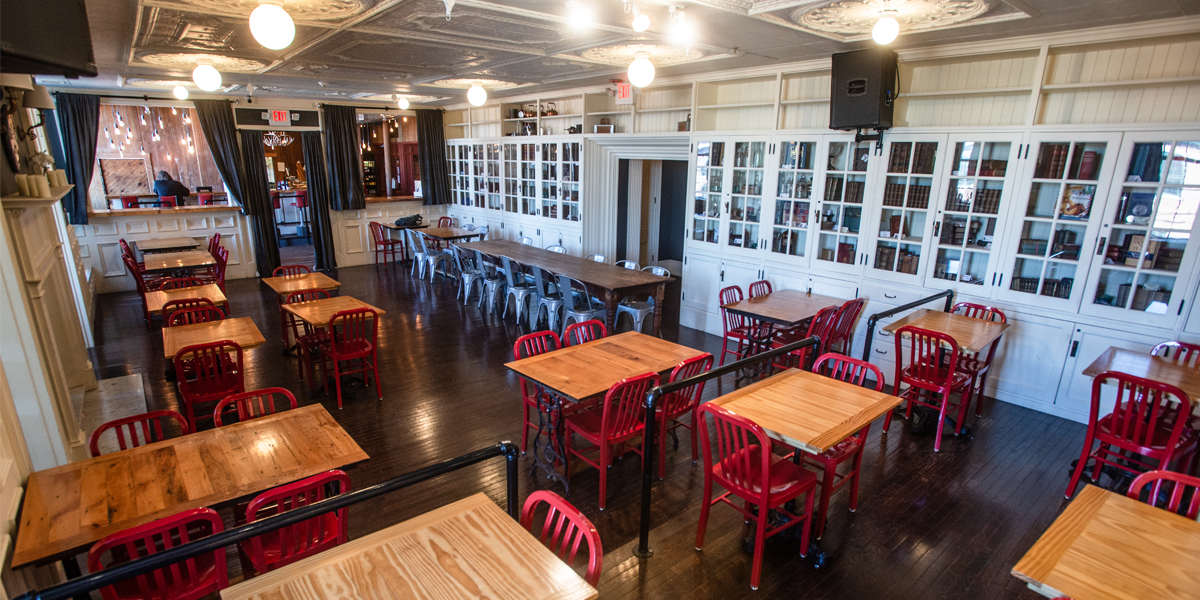 (Courtesy of millno5.com) this local coffee shop is introducing higher wages for its employees by implementing a 15% fair wage fee

Amidst the challenges of the ongoing pandemic and labor shortage that have been particularly difficult on the food service industry, Lowell coffee shops are creating and fostering workplaces that treat and pay their employees fairly.

In efforts to pay all its workers better while avoiding illegal tip-sharing, Mill no.5 coffee shop, Coffee and Cotton, introduced a new 15 percent fair-wage fee for every order in the last month. The fee was implemented in discussion with the shop’s hourly employees and is accompanied by base wage increases between $2.50 and $6 for all workers, including retroactive raises, says General Manager, Brendan Pelley.

The Bureau of Labor Statistics reports that coffee shop workers in Massachusetts, as of 2020, make an average of $14.92 an hour while restaurant workers make an average of $16.02 an hour. According to the MIT Living Wage Calculator, the living wage of Middlesex County is $19.55 an hour.

“I come from years of working in the restaurant industry as a line cook and have been underpaid and overworked for literally my entire career, so it’s very easy for me as a manager to put myself in the shoes of everyone on payroll here,” said Pelley. “What I’m really trying to do is just trying to get everyone on a more level playing field so this way the tip is already built into the sale.”

Director of Labor Education at UMass Lowell, Dr. Elizabeth Pellerito says tipped employees are particularly disadvantaged, with a minimum wage of only $5.55 in Massachusetts. “The idea behind the law is that you’re supposed to make up the difference in tips that would get you to a minimum wage, but we know that a minimum wage, it’s still a poverty wage,” Pellerito said. “They’re getting very low pay, which is legal in our state and in our country.”

A fair-wage fee might not be the solution to tipped employees’ need for higher wages. Pellerito says with these types of fees it could be very lucrative for the employees, but it should also be considered in the context of the size of the company and the base wages to determine how beneficial they are to employees for a particular workplace.

Pelley says despite some “trolls on Instagram,” customer feedback, in addition to staff feedback, has been positive. Currently, he says all of the new profits are going directly to wages. “We’re really trying to do the right thing,” Pelley said. “If it doesn’t work out in the future, we’ll change it. That’s our position, you know, we were just trying to do right by the staff.”

Pelley says other Massachusetts restaurants have implemented similar fees, and he believes it could become a more common practice.

The pandemic has contributed to a shift in the way service-work is seen and valued, increasing the demand for better conditions and livable wages. “There were all of these workers who were considered ‘essential,’ and they were folks who worked at grocery stores, but also the medical profession, food services,” said Pellerito.

The pandemic only emphasized workplace issues for many of these newly-deemed essential workers. “They’re also taking a lot of stress and abuse at work, partially because they are understaffed, and then they have the risk of getting sick themselves and/or bringing COVID home to any vulnerable folks who they have in their houses,” Pellerito said.

Many restaurants have been left with positions to fill as a result of these increased worker demands. Pelley says, “I just like don’t want people jumping ship like they are in every other restaurant in the world right now.” He also says that despite the industry-wide struggle to find and retain employees, Coffee and Cotton has not had problems retaining their employees.

Andy Jacobson, owner and manager of downtown Lowell’s coffee house, Brew’d Awakening, shares similar success in retaining his employees and says he could be managing the largest number of people on his staff this coming summer. Though he did lose some tenured staff at the beginning of the year, he said, “some decided to come back [to Brew’d Awakening] from other restaurants.”

Although he is uncertain what it is about Brew’d Awakening that has helped him retain his employees, he says he is forward about his own attitude as a manager during the interview process for new employees. “I like to think I’m fair and flexible,” Jacobson said. “If things are going wrong, I’ll let them know.”