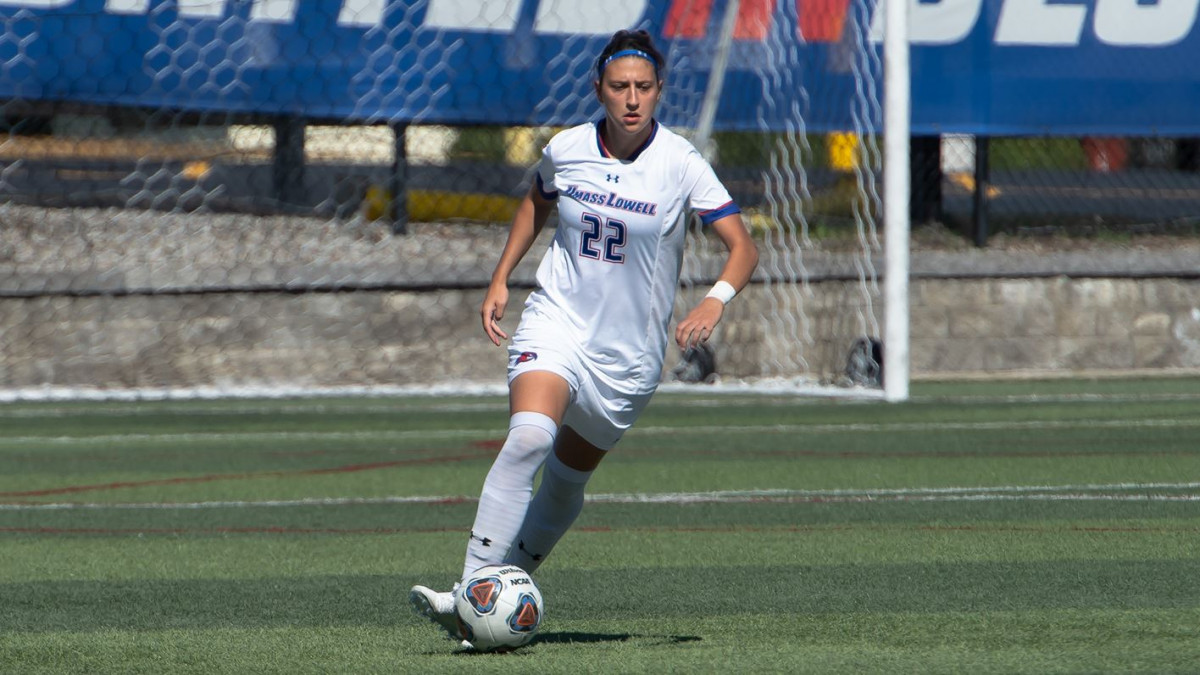 On Thursday night, the UMass Lowell women’s soccer team maintained the number one position in the America East conference after a 2-2 tie against the University of Hartford. With only three games left, the River Hawks are tied with Binghamton University in the conference, at 12 points each.

It was a bitter end to the double-overtime conference game at Cushing Field, with the River Hawks looking to bounce back after suffering their first conference loss to the University of Albany.

Hartford was an aggressive opponent that played a high attacking line and a physical game. However, the River Hawks fought back against Hartford rallying from behind twice in the match.

Chants of “UMass Lowell” Could be heard from the crowd in the opening minutes of the match. Despite the strong home crowd presence, Hartford scored first, with forward Chloe Layne striking the ball off a pass from Hartford forward Imani Jenkins.

The River Hawks retaliated immediately, pressuring the Hartford defense. A foul inside the box led to a UMass Lowell penalty kick in the 38th minute. The shot was taken by UMass Lowell forward Ioanna Papatheodorou, whose shot to the upper corner of the net was far out of reach of Hartford goalkeeper Maia Perez. This marks Papatheodorou’s ninth goal of the season.

Mostarac was a key player throughout the match, shutting down the Hartford offense and creating space in the middle of the field.
Emotion began to boil over near the end of the second half as each team continued struggling for possession. Hartford midfielder Andrea Garcia received the first yellow card after trading words with referee Bahij Salman.

Lowell midfielder Emily Nelson’s shot almost won the game for the River Hawks in the 100th minute, but it just missed the net and bounced off of the left goalpost. Lowell ended the match with 18 shots on goal and Hartford with 20.

The UMass Lowell women’s soccer team played a hard-fought game against a tough opponent. Brookshire played a tremendous game using her speed to create opportunities and pressure the Hartford backline.

With only three games left in the America East conference and all ten teams in postseason contention, the UMass Lowell women’s soccer team will look to win their next games. The River Hawks will have a challenging game ahead of them against the third-place University of Vermont Catamounts, who have won their last four games. The River Hawks don’t return home to Cushing Field until the final game of the conference against the University of Maine on Thursday, Oct. 28.