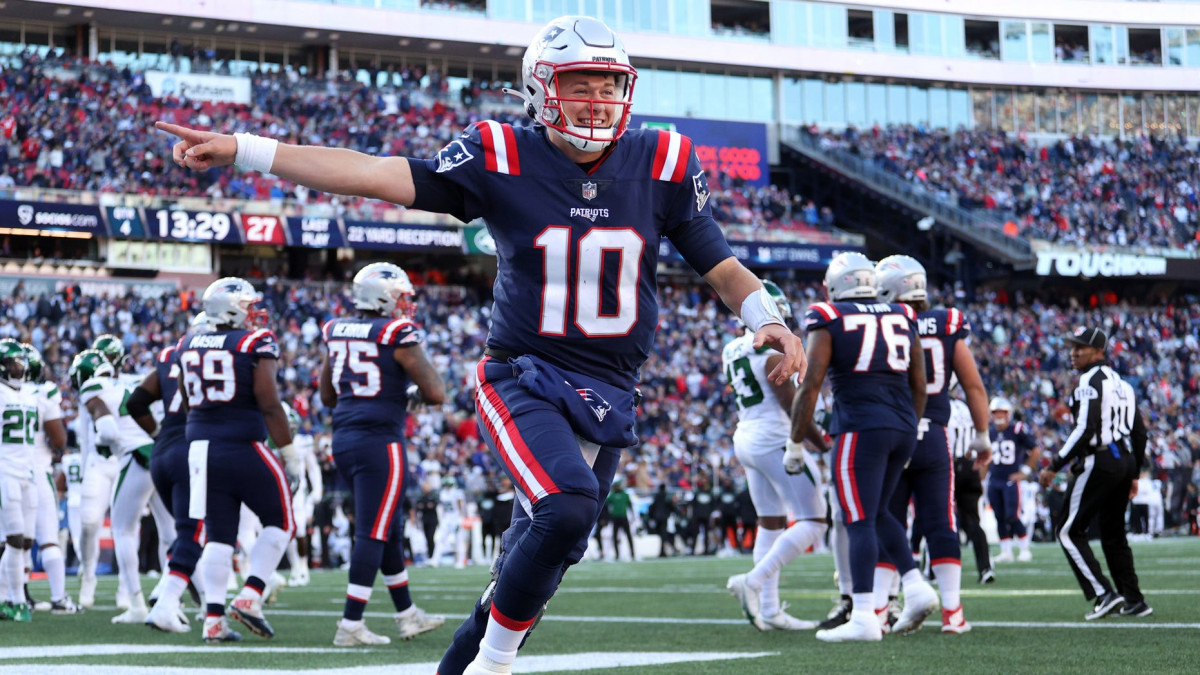 The New England Patriots came away with a huge win over the New York Jets on Sunday, Oct. 24, the final score was 54-13.

Zach Wilson, the rookie quarterback for the Jets, seemed to be off to a decent game in his second start against the Patriots. Around the beginning of the second quarter, Wilson completed six passes out of 10 attempts for 51 yards. At the same time during these teams’ last matchup in week two, Wilson had already thrown two interceptions.

Despite the decent start, Wilson suffered an injury at the start of the second quarter as Patriot’s linebacker Matt Judon rushed the edge and took him down for a big sack.

Wilson is now out for an estimated two to four weeks. With their starting quarterback out, the Jets sent out their backup, Mike White.

The Jets offense stalled out as the game progressed. Despite a great pass to wide receiver Corey Davis near the back of the endzone shortly after Wilson’s injury, the Jets struggled to score much afterwards.

The Patriot’s offense, however, took off early. Not only did they run all over the field but also were extremely efficient in their passing game.

Running back Damien Harris continues his strong season for New England, rushing for 106 yards on 14 attempts with two rushing touchdowns during the game.

With their first home win in the books, the Patriots now elevate to a 3-4 record, second in the AFC East division. The New York Jets, on the other hand, fell to a 1-5 record and third place in the AFC East, just barely ahead of the Miami Dolphins.

The Cincinnati Bengals came away with a massive victory over their divisional rival in the Baltimore Ravens, the final score was 41-17.

Cincinnati’s rookie wide receiver Ja’Marr Chase continues to send shockwaves through the NFL as he caught eight passes for 201 yards receiving and one receiving touchdown, his biggest career game and his third game with over 100 yards receiving.

Meanwhile, Quarterback Lamar Jackson rushed for 88 yards on 12 attempts. He finished throwing 15/31 for 257 yards and one touchdown, his completion percentage below 50 percent.

The Tampa Bay Buccaneers took a huge win over the Chicago Bears, 38-3. During the game, Quarterback Tom Brady completed his 600th career all-time passing touchdown, taking the record. He finished throwing 20/36 for 211 yards and four touchdowns.

Shockingly, the Tennessee Titans rolled over the Kansas City Chiefs, the final score 27-3.

Although running back Derrick Henry was slowed to under 100 rushing yards and no touchdowns for only the second time this season, he still finished with a very strong 86 rushing yards on 29 attempts against the Chiefs defense.

Quarterback Patrick Mahomes, meanwhile, ended the game throwing 20/35 for 206 yards and one interception. He now ties the NFL in interceptions thrown this season with quarterback Zach Wilson. The Chiefs now fall to a 3-4 record and are third in the AFC West.

The Los Angeles Rams pulled away with a win against the Detroit Lions, 28-19. Despite two successful fake punt conversions by the Lions and a sudden onside kick recovery early in the first quarter, Detroit was unable to come away with a win.

The week ended with a Monday night matchup between the New Orleans Saints and the Seattle Seahawks. The Saints ultimately won 13-10.

Saints Quarterback Jameis Winston threw 19/35 for 222 yards and one touchdown. He continues his solid season as he helps lead the Saints to a 4-2 record, second in the NFC South.

Looking ahead, the New England Patriots will prepare for a tough series of games, starting first with an away game against the Los Angeles Chargers.