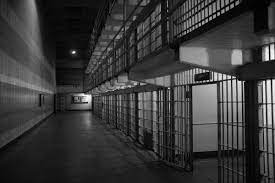 (Photo courtesy of Harvard) In January 2021, Governor Baker introduced his plan to replace the Massachusetts Correctional Institution in Framingham, Massachusetts. Baker is hopeful to build a new trauma informed facility designed by the HDR Architecture Firm, which would cost $50 million dollars.

In January 2021, Governor Baker introduced his plan to replace the Massachusetts Correctional Institution in Framingham, Massachusetts. Baker is hopeful to build a new trauma informed facility designed by the HDR Architecture Firm, which would cost $50 million dollars.

Baker suggests that a new trauma informed prison would implement practices, policies and procedures that teach the impact of trauma and avoid re-traumatization. Baker states that replacing MCI Framingham would also create a more welcoming space for inmates to live and their families to visit.

Not everyone is exactly on board with the idea of using $50 million dollars to build a new prison, believing this large sum should be spent elsewhere within the community. Two activist groups, Families for Justice and Healing and the National Council for Incarcerated and Formerly Incarcerated Women and Girls, propose alternatives.

Their research points to the fact that Massachusetts has one of the lowest rates of female incarceration in the United States, yet it spends more than most building prisons and jails. According to the Massachusetts Institute for a New Commonwealth, Massachusetts spends over $1 billion annually on correctional facilities. These activists suggest that the $50 million be put towards programs such as pre-trial release, education, housing, community-based sentencing, parole and diversion.

Joneisha James, the organizer with Families for Justice and Healing, is just one individual who has been directly affected by the incarceration of both of her parents.

James said, “Families for Justice and Healing is a national movement to really end incarceration of women and provide resources. That doesn’t mean shutting all the prisons down, it means get to the root issue of why women end up in prison in the first place and how we begin to heal those women.”

James advocates for young girls in Massachusetts by providing them with educational resources and building leadership skills to help prevent incarceration.

Policy director for The National Council for Incarcerated and Formerly Incarcerated Women and Girls, Louellyn Lambros, appeared as a guest speaker during a webinar conducted by the Massachusetts Peace Action. Lambros, who also opposes Governor Baker’s plan, discussed vehicles that can be used to advocate for incarcerated women.

Lambros says, “One is clemency, which means the president has the power to shorten a sentence or offer a pardon in the federal system. The governor has the same power at the state level. Instead, they are going to spend $50 million dollars without even looking into who’s there now and if they’re a threat to public safety.”

On Sept. 7, 2021, activist groups from across Massachusetts came together to stage a seven-day walk from Springfield to the State House. As they walked the streets, they found that many people were unaware of the catastrophic bill that Governor Baker was in favor of.

Over 500 people signed their petition to pause the construction of the new prison. Throughout the walk, formerly incarcerated women spoke about their experiences within prison and how it set them up for failure once they were released.

Since Governor Baker had introduced his plan in January 2021, the bill had a public hearing and has now been assigned to a committee. By February 2022, the committee must vote either in favor or not in favor of the bill. The lives of incarcerated women for generations to come now lies within the hands of the committee.