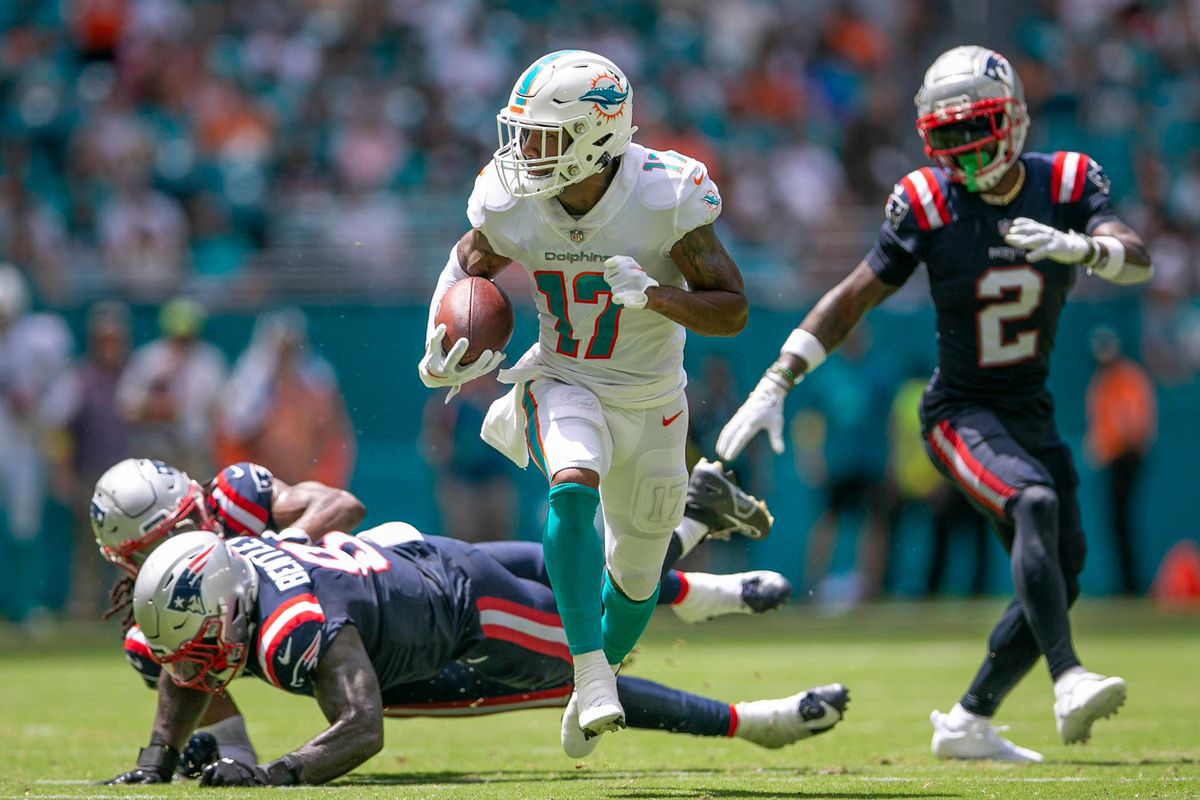 The NFL is finally back, and with it, a renewed opportunity to laugh at failures that spread across the football landscape. It is time to look at a very chaotic and “memeable” Week One.

Bills 31: (1-0), Rams: 10 (0-1): Buffalo’s defense looked solid in this game, holding back the defending Super Bowl champion Los Angeles Rams. Quarterback Josh Allen took the game away from the Rams, whose bright spot was wide receiver Cooper Kupp having 128 receiving yards in the game.

Cleveland: 26 (1-0), Carolina: 24 (0-1): Quarterback Baker Mayfield’s revenge game went about as well as one could expect: constant chances given to Baker, only for him to squander the entire game. Everyone would be laughing at the Browns if not for kicker Cade York’s 58-yard game-winning field goal.

49ers: 10 (0-1), Bears: 19 (1-0): It appears that drenched turf was beneficial to the Bears in this game, since San Francisco’s defense collapsed at every waking turn, allowing the Bears to gain significant yardage, then eventually, the whole game.

Steelers: 23 (1-0), Bengals: 20 (0-1) (OT): This game was heavily reminiscent of the Packers-Bengals game last season, when both kickers could not hit a field goal to save their careers. This was that game. The Steelers may have gotten the win in quarterback Joe Burrow’s worst performance since his rookie year, but it comes with an asterisk because of the poor kicking.

Eagles: 38 (1-0), Lions: 35 (0-1): The Lions looked like they improved from last season already, and it really does show. This game was stupidly close, as both teams played their little hearts out. Keep going, Detroit. Maybe this is the uphill road for you.

Colts: 20 (0-0-1), Texans: 20 (0-0-1): Can the entire football community agree that this game never happened? How did the Colts tie with the Texans? The Texans, undisputedly one of the worst teams in the entire league? Yet, Texans quarterback Davis Mills looked great. That is how bad this game was.

Patriots: 7 (0-1), Dolphins: 20 (1-0): The yearly tradition of the Patriots going down to a humid south Florida to play the Dolphins. Remember how well this usually goes: not very well. The annual loss in Miami is done with, as Patriots quarterback Mac Jones goes down with back spasms. Yet, he should be fine for next week.

Ravens: 24 (1-0), Jets: 9 (0-1): Ah, what a wonderful, yet often sight to see. The Jets getting beaten by a far superior opponent. It isn’t even a surprise at this point anymore, they just aren’t good. Time to restart the franchise.

Jaguars: 22 (0-1), Commanders: 28 (1-0): The game of who sucks less. Washington, noticing that they were about to pull a Falcons by choking a lead to Clownsonville of all teams decided to initiate the choking onto them. Jacksonville loses again, and they learned absolutely nothing from last season.

Giants: 21 (1-0), Titans: 20 (0-1): Titans, please tell us that you are joking. There is no way on God’s green earth that you allowed the Giants to win a football game. In what universe does a team collapse so hard that the G-Men escape with a very ugly win. Giants, run. You stole the win and you know it.

Chiefs: 44 (1-0), Cardinals: 21 (0-1): Let’s make one thing clear: the Cardinals are screwed. It seems quarterback Kyler Murray has decided to go focus on NBA 2K23 instead of giving a care about being a legitimate QB. It also doesn’t help when Chiefs quarterback Patrick Mahomes throws for 5 touchdown passes. Just saying.

Raiders: 19 (0-1), Chargers: 24 (1-0): The first showcase of the ironclad AFC West. Both teams kept each other to low scoring, and if it helps somewhat, quarterback Justin Herbert always came up clutch in this game, making sure he got the job done in the win. Raiders, are you regretting hiring Josh McDaniels as head coach yet?

Buccaneers: 19 (1-0), Cowboys: 3 (0-1): With Cowboys quarterback Dak Prescott suffering an injury and out 6-8 weeks as a result, Dallas may have a difficult season ahead. How about them Cowboys?

Broncos: 16 (0-1), Seahawks: 17 (1-0): Broncos, can you please fire head coach Nathaniel Hackett? This was a great game, no doubt. But having your kicker go for a 64-yard field goal in the final minute when you gave up a lot for, and paid a lot of money for a franchise quarterback in Russell Wilson? As such, the Broncos lost.