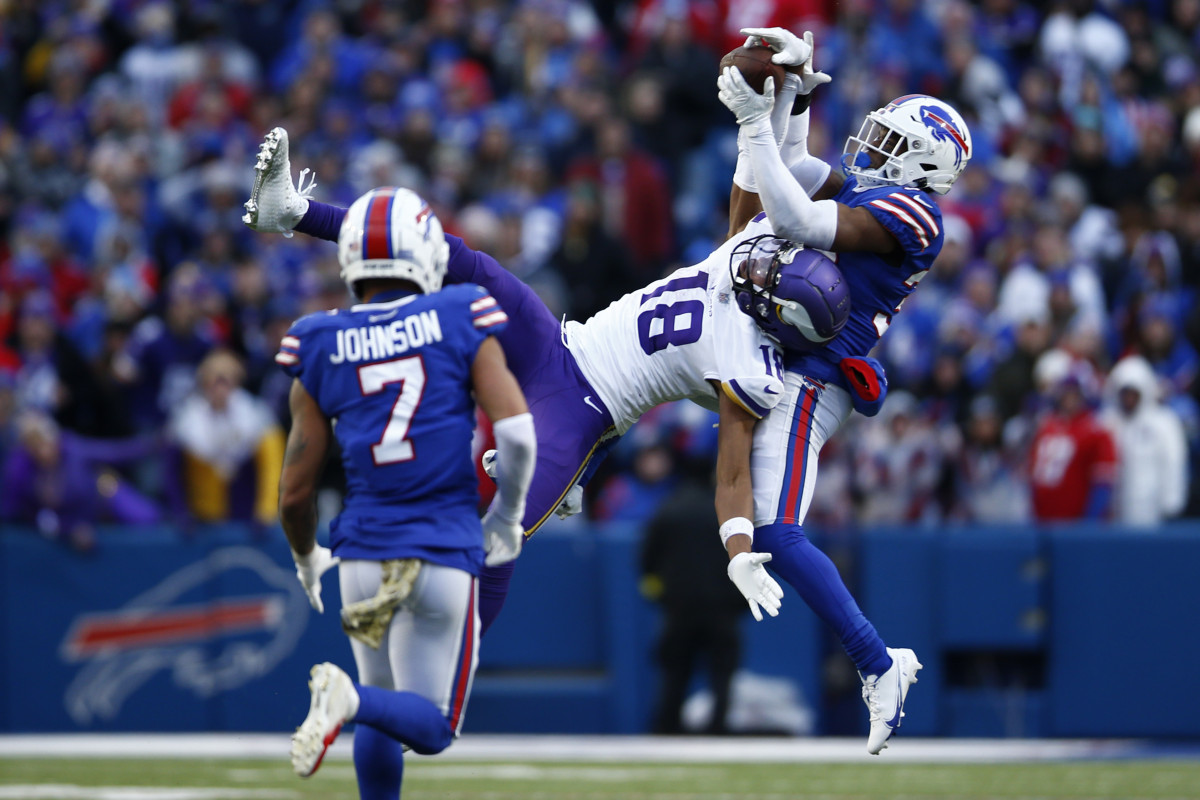 Week ten was definitely the week full of teams playing spoiler against more superior foes, “refball” making an unfortunate return and some highlight moments that left fans in awe. Sounds a lot like a high school team of a week in football, doesn’t it?

Falcons: 15 (4-6) @ Panthers: 25 (3-7): Ladies and gentlemen, the NFL presents the Atlanta Falcons, a team where one minute, they look like the coolest kids in the club. And literally the next minute, they’re getting curb stomped by the Panthers, a team that is tanking for a good pick. Wrong way, boys.

Munich, Germany. What a beautiful area to play some American Football in. Let’s see… a running back Leonard Fournette interception here, a running back Rachaad White phantom zone stiff arm there and quarterback Geno Smith losing to a newly single quarterback Tom Brady on the far side. Yeah, this is what you call a beautiful game alright.

Lions: 31 (3-6) @ Bears: 30 (3-7): Wait a minute. Is this the correct script? These teams are terrible, why are they playing premium quality football? It was a close game too, another reason why this makes absolutely zero sense. But alas, that is what happened. Nothing negative.

Browns: 17 (3-6) @ Dolphins: 39 (7-3): Finally, some predictability in this league. It was no secret that the Miami Dolphins were going to win this football game, but running back Jeff Wilson did the bulk of the work this time instead of the usual suspects in wide receivers Tyreek Hill and Jaylen Waddle. Nice little change of scenery.

Broncos: 10 (3-6) @ Titans: 17 (6-3): Both teams played ugly football. Defenses sucked, offenses did some things (but not really), and special teams were unreliable. If this game wasn’t played, the world would be a better place.

Vikings: 33 (8-1) @ Bills: 30 (6-3) (OT): This was a fantastic game, and both teams showed why they deserve to be in the Super Bowl. Wide receiver Justin Jefferson had the catch of the year late into the fourth quarter. Both teams played fiercely. Props to them both.

Saints: 10 (3-7) @ Steelers: 20 (3-6): The “battle of the suck.” Which team is a bigger disappointment? The answer is the Saints this week. Mainly because the “Stillers” got edge rusher T.J. Watt back from injury, but it was still a tank game.

Colts: 25 (4-5-1) @ Raiders: 20 (2-7): Imagine losing to someone with no NFL head coaching experience in Colts interim head coach Jeff Saturday. That losing team would be the Las Vegas Raiders. Nothing is going their way and quarterback Derek Carr is upset, as displayed in the post-game press conference. Poor souls.

Cardinals: 27 (4-6) @ Rams: 17 (3-6): What happened to the Rams this season? They fell off a cliff. Last year, they won the big one. This year, they are a fish out of water. Both teams also had no starting quarterbacks, because Kyler Murray was playing Warzone and Matt Stafford was concussed.

Cowboys: 28 (6-3) @ Packers: 31 (4-7): How about them Cowboys? Blowing 14-point leads as if they were the Atlanta Falcons. What’s worse is they lost to the Packers. Yikes, head coach Mike McCarthy is not great.

Chargers: 16 (5-4) @ 49ers: 22 (5-4): This was the most average game in all of 2022. Seriously, this game was so average that if it played professional baseball, it would have the most average batting average statistic in the league of .200, and that’s saying something.

This game was one for the textbooks. No, not because the 1972 Miami Dolphins are safe once again from losing being the only team to go undefeated in the season/postseason, but because of all the “refball” there was in one single quarter. Though only two instances, it cost the Eagles everything. First, it was the awful, missed facemask penalty caused by Washington, which created a fumble. That was horribly blind officiating. The other one was a “late hit” when quarterback Taylor Heinicke was giving himself up. The latter is the better of the two, but the dude was coming at him with a lot of momentum. There was no way he could stop. Congratulations NFL, you cost the Philadelphia Eagles a chance at having their undefeated season intact. Enjoy being massive “Lolcows.”