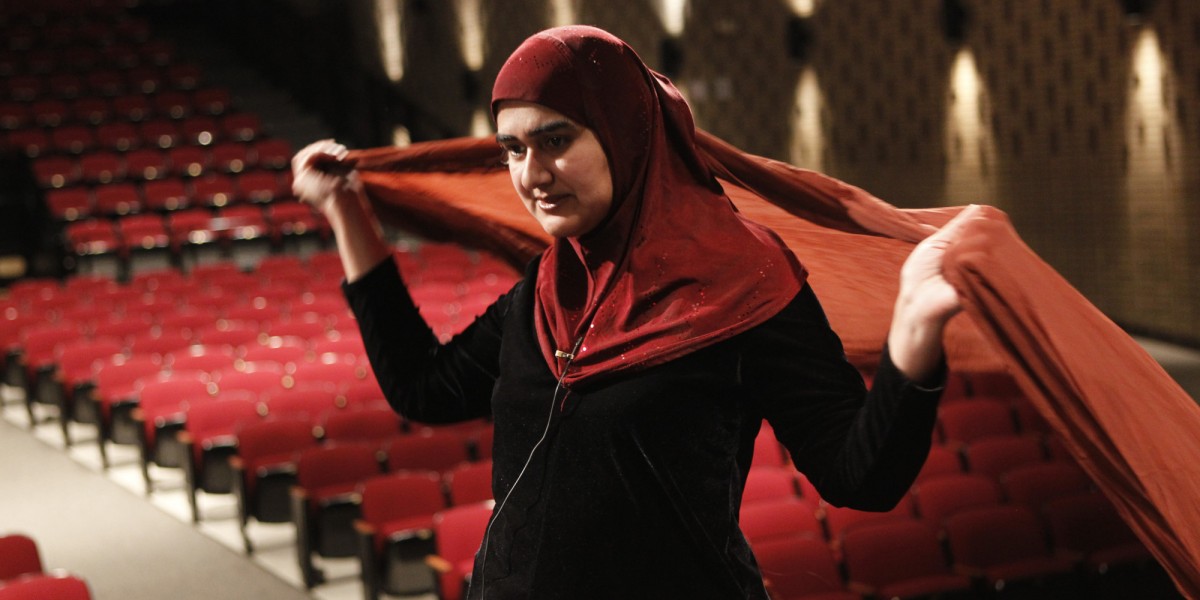 Malik has traveled across the United States and Canada performing. She now looks to expand to England. (Courtesy of The Huffington Post)

Students and members of the UMass Lowell community poured into the O’Leary Library on Feb. 16 to witness “Unveiled,” a one-woman show about racism and more specifically, the treatment of Muslims after 9/11. The sole performer, Rohina Malik, is no stranger to the stage. Malik has traveled across the U.S. and Canada performing her play, visiting universities and theaters alike. She spoke, and the room was immediately captivated, focusing on the powerful inflections of her heavy English accent. Malik was born and raised in England.

Thought provoking stories would proceed, each featuring a blend of cultural knowledge, humor and sadness. Stories revolved around the harmful stereotype that all Muslims are terrorists. Malik provided perspective by illustrating a story of a woman who had “three strikes against her” due to the fact that she was a woman, black and Muslim.

The harsh realities of the 9/11 backlash toward the Muslim community were never more evident than when Malik told the story of numerous murders. Several Muslims lost their lives due to the ignorance of self-proclaimed “patriots.” Malik paused midway through her a scene and said, “We are all Americans and we have to protect each other.”

Disproving the common belief that ignorance stems from a lack of education, Malik used the Holocaust as evidence. “The men that built those chambers were well educated,” said Malik. The memory of how the Holocaust began was reminded her the powerful words. “Today it is my rights, tomorrow it could yours,” said Malik.

Much of Malik’s time was spent addressing and clearing up misconceptions about the religion of Islam. For example, many believe that Allah is a different worship than the traditional Christian or Jewish God. Malik explained that Allah is the Arabic word for God, and that this belief was created due to the fact that most Arabic speaking folks happen to belong to the Islamic religion. In fact, even Arabic Christians or Jewish worshippers refer to their God as Allah.

In addition to live music, Malik broke out into a full hip-hop song during her act. Relating back to Islam and the detest of oppression, the song showed a voice that would be otherwise silenced if it were not for the expression of music. “You’ll find hip hop in communities where people feel voiceless,” said Malik.  The actress and playwright later made a joke in her Q&A session that she enjoyed portraying a young rapper as she is a mother of four.

The thoughts of being a role model and setting examples was prevalent in the early going of her play. In a scene in which a mother is faced with a racist, the mother thinks it best to remove herself from the situation until she considers her children. “Everything [that] I do, my children will do too,” said Malik. This is a major reason why the character in that scene chooses to face the adversity even though potential danger is lurking.

Following her performance, Malik took part in an interview with the audience and a signing of her book, “Unveiled.” The book does not simply retell her scenes from the play, but also includes additional information on her research, the play’s music and the many recipes referenced within the play.

Many audience members expressed their gratitude for Malik’s efforts. “Islam is more than just people from one area of the world. Thank you,” said one member. Several other members of the audience thanked her for the intimate connection and relatable experiences that they had faced. Lastly, Malik informed the audience of her purpose for “Unveiled.” “[My plays] bring an audience [in] to the homes of Islam,” said Malik.

Toward the end of “Unveiled,” a request was made by one of the many Muslim personas that are presented during the play. “Get to know me, get to know my community, we want peace,” said Malik. These words rang loud through the O’Leary Library as the underlying meaning that we are all together was cemented.

During her post-play interview, a heavy emphasis was placed on the importance of the arts. Whether it be theater, music or other forms of performances, the need for expression was one that could not be ignored, she said. “The arts remind us of our humanity. Support its vitality.”