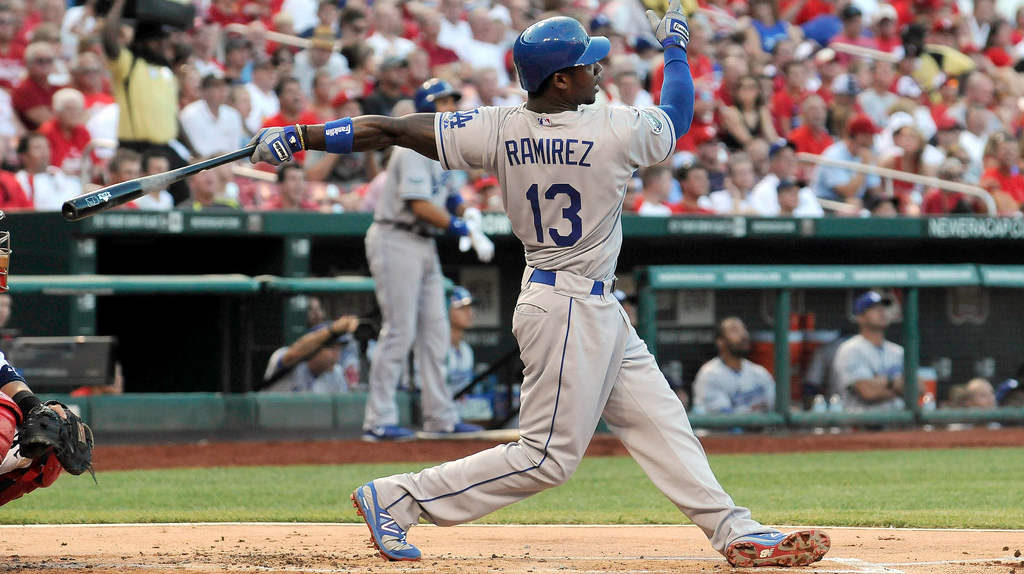 Hanley Ramirez signed a four-year base deal worth $88 million with a fifth year team option that would pay Ramirez $22 million in salary if used. Ramirez, a former Red Sox international free agent signee and top prospect, was traded in a package including starting pitcher Anibal Sanchez (now on the Detroit Tigers) and reliever Guillermo Mota for starting pitcher Josh Beckett and third baseman Mike Lowell of the (at the time) Florida Marlins, in the 2005 offseason.

Ramirez developed into a perennial All-Star-type player with one of the best bats in the league, hitting for average and power and with excellent speed and the ability to steal bases, but his attitude, which was a main factor of his being traded by Boston and consistent injuries, have impeded Ramirez from reaching his absolute full potential. Regardless, when healthy, he is one of baseball’s top hitters, but his glove has always been a detractor from his overall game.

The Red Sox essentially signed Ramirez to do one thing: hit, and hit well. Even at 30 years old (turning 31 on December 23), Ramirez will immediately become one of the more feared hitters in the Red Sox lineup, and the only question mark will be, as always, his ability to stay healthy and on the field.

With Xander Bogaerts likely entrenched at shortstop for the foreseeable future, and Pablo Sandoval just inked to play third base, Ramirez will be the Red Sox’s Opening Day left fielder, despite him never having played a game in left field in his career. But what Hanley Ramirez was signed to do is to hit as he always has. Ramirez will be a defensive liability anywhere he plays, but his bat remains special and will not wither away just yet.

Pablo Sandoval, nicknamed the “Kung Fu Panda” due to his large frame and light demeanor, signed a five-year deal worth $95 million in total, and a club option for a sixth year in which the Panda would be paid $17 million to play, or a $5 million team buyout, meaning if the Red Sox do not wish to pay Sandoval the $17 million for the sixth year, they could pay him $5 million instead, which would let him hit free agency.

With consistently-ineffective and oft-injured Will Middlebrooks never quite repeating his 2012 rookie-year form, and Brock Holt showing he was worn down by a full year’s play, it was apparent that the Red Sox needed a long-term solution at third base. Despite Sandoval’s size, his offensive numbers have been pretty much consistent in his career, he is a monster in the postseason, and plays a very solid third base. He also offers another left-handed bat in the lineup, which was a dire need the Red Sox needed to solve.

While the Red Sox have previously pledged to steer clear of handing out long and large contracts to old and potentially ineffective players (though particularly pitchers), with 2010-2011 offseason woes coming to mind (a la Carl Crawford’s seven-year deal and Adrian Gonzalez’s trade and subsequent seven-year extension), the Red Sox have apparently realized that this is a rich team, and one that should not rely solely on young prospects to carry the brunt of the workload. While Xander Bogaerts and Mookie Betts look to be integral to the lineup and core of the team in the future, the team still needed more of a veteran presence to carry the offense. The offense for the Red Sox, for the foreseeable future, is now set.

The Red Sox need to now focus on starting pitching, and Jon Lester in particular needs to be who they cannot fail to sign.