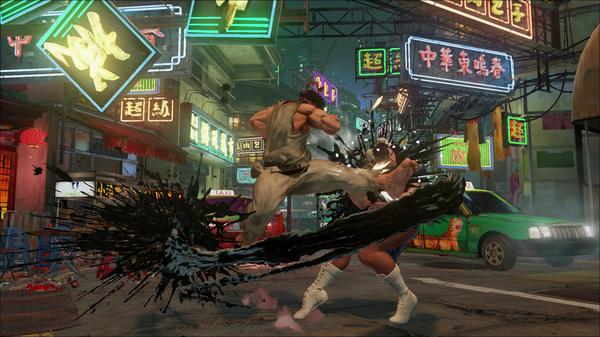 Disclaimer: This article is in response to information leaked from Capcom on Dec. 5 regarding the reveal of “Street Fighter 5,” which will have happened by the time this article is published. As such, some of the information given may be subject to change, though I feel that the discussion this information brings to light is still valid.

At the time this article is being written, Sony is preparing to celebrate the PS4’s one-year anniversary with a massive Playstation Experience press conference, and unfortunately for them, the show’s biggest surprise has been revealed prematurely. Thanks to a recently leaked trailer from Capcom, we now know that “Street Fighter 5” is in development and will be released sometime next year, to the delight of millions of fans all over the world. While I never really played the Street Fighter series myself, I can only imagine the excitement that fans must have felt after eight years of waiting for the newest installment (and the massive disappointment many of them must have felt at the news that it will be released as a Playstation 4 exclusive).

I’m honestly confused about why Capcom would choose to abandon a massive chunk of its audience like that. The company doesn’t seem to gain anything from splitting its consumer base down the middle considering that, not only are previous Street Fighter games available on Xbox consoles, but they are, as far as I’m aware, more popular on Xbox consoles. The best reason I can think of for this move is that making the game a PS4 exclusive would grant Capcom some kind of bonus payment from Sony. Capcom gets the money, Sony gets an exclusive  and everyone’s happy except the fans, who’ve lost another great title to the ever-growing “exclusivity war” being waged by Microsoft and Sony.

Before I go on, I would like to clarify that I have no particular problem with console-exclusive games. It only makes sense from a business perspective for a console to have access to a bevy of exclusive titles to incentivize it over its competitors, especially when the console developers themselves are the ones making or funding the game. That’s why you’ll never see “Halo 5” on a Playstation or “Uncharted 4” on Xbox, and that’s perfectly fine. The same goes for titles like “Bayonetta 2” which, while it wasn’t specifically made by Nintendo, would not have existed without the company’s support and therefore should be exclusive to their console. All of that is fine.

But that isn’t what Sony seems to be doing here. They’re not inventing their own fighting game franchise to incentivize their console and they probably aren’t directly responsible for the development of the game, since Capcom is more than capable of doing that on its own. The only thing Sony is doing with this move is lowering the general worth of their competitor by forcing fans on the other side to pay several hundred dollars to switch sides and get their fighting game fix. And while they are completely within their right to do that, it doesn’t make the whole ordeal any less underhanded and cruel.

And this isn’t the first time a major publisher has pulled something like this. Earlier this year, Microsoft declared that the sequel to the critically acclaimed “Tomb Raider” reboot (which was most positively received on Playstation consoles) would be an Xbox One exclusive, seemingly just so that they could have an answer to Sony’s Uncharted series. While it is true that in this case, the exclusivity is timed and the PS4 will get the game eventually, the move is still under-handed and the effect remains the same.

Competition between companies is generally a good thing because it forces competitors to think outside the box in order to please the customer, but this back-and-forth battle between Microsoft and Sony over exclusivity isn’t doing the industry any favors. The so-called “console wars” and arguments of which console is superior is annoying enough already, and dividing fan bases and potential customers even more is only going to further exacerbate that terrible discussion. These companies are choosing to punish the consumer in order to boost their own profits, and it has to stop. Let the people have their “Street Fighter 5,” Sony. Be the better soulless, multi-billion dollar entertainment company. We know you can be. I think.