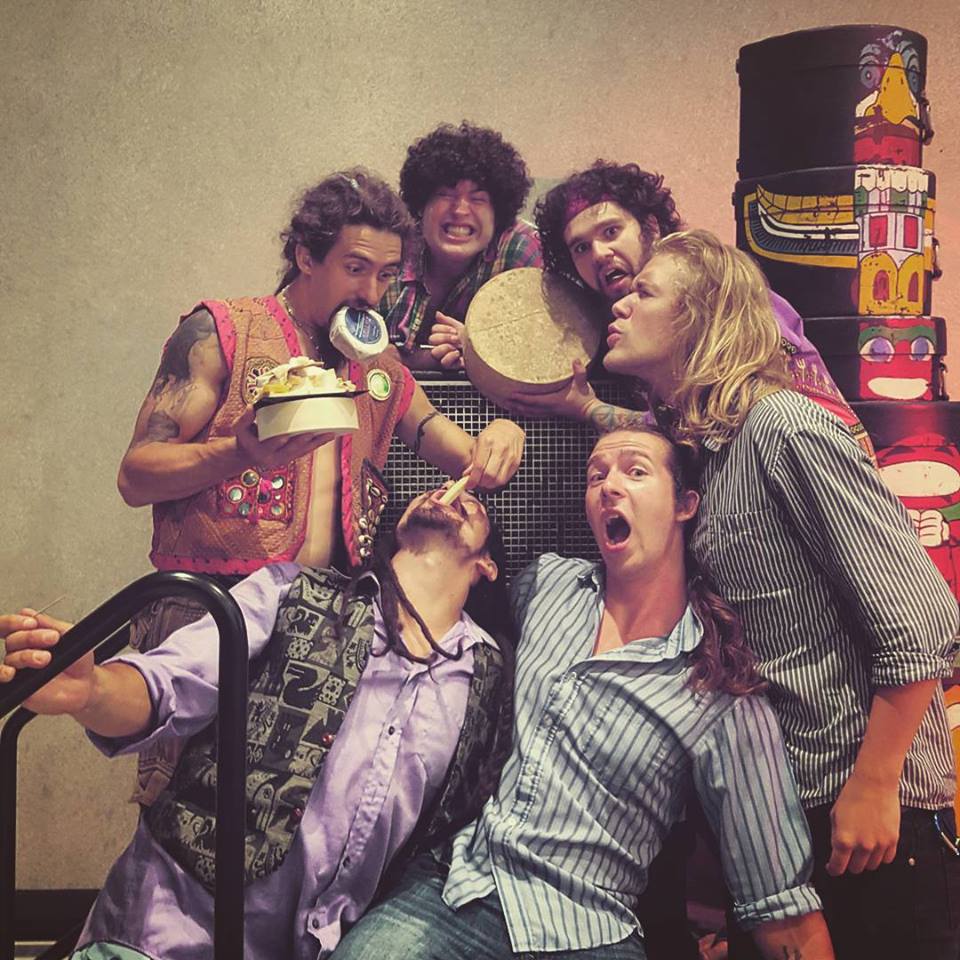 (Photo courtesy of Gang of Thieves/Facebook.)

Every time they take the stage, Gang of Thieves strive to put on the best rock ‘n’ roll show they possibly can. For the past six years, they have been doing exactly that.

Formed in 2009, the band is comprised of guitarists Nick Wood and Sean Kehoe, bassist Tobin Salas, drummer Deven Massarone, and brothers Nate and Michael Reit on trombone and violin and vocal duties, respectively. The six-piece group from Burlington, Vt. blend a medley of rock ‘n’ roll and funk elements to create their funky, energetic sound.

They may not be the first band to play this style, but Gang of Thieves have already received considerable recognition in their short time together. The group won the “Best in State” award for Vermont at the New England Music Awards in 2011 and were nominated for “Best Rock Act” in 2013.

Gang of Thieves performed at the Break Thru Stage at the Vans Warped Tour in Mansfield, Mass. on July 14 as part of a nearly endless lineup of shows this summer. They are touring regionally and nationally to promote their new EP, “Mantra,” and “build a lot bigger fan base,” according to Masserone.

Kehoe said playing Warped was a “really awesome experience” and one of the “coolest festivals we ever played.”

With each show, both Masserone and Nate Reit said the band’s sets are always energetic and have a positive vibe, and they want everyone who sees them to feel the same way.

“Like, whatever their stress is when they come to see our show, we want them to just completely leave that at the door and just be able to just have fun,” Masserone said.

Gang of Thieves have released three albums and two EPs over the last six years, and they said they have no plans to stop recording or performing anytime soon.

“We want to keep doing this until we physically cannot do it anymore,” said Masserone.

Though they have faced setbacks themselves as a full-time touring band, Kehoe said being able to play music far outweighs anything that might go wrong along the way.

“Sometimes the van breaks or you gotta load gear a half-mile across a rainy football field or whatever,” said Kehoe, “but in the end, we get to play rock ‘n’ roll every night, and that’s the coolest thing in the world right there.”