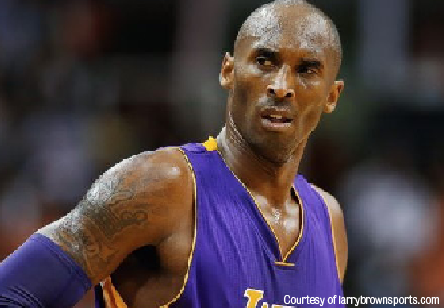 With the pile of garbage that is the Eastern Conference, there is no question that the Celtics should be competing in the playoffs. There is simply too much depth on this roster to not finish in the top eight.

This is the first time since the big-three era that one can look up and down this Celtic team and expect consistent basketball.

The same can not be said, however, for the lowly Lakers of Los Angeles.

The hated rivals from across the country started their 2015 campaign with a 112-111 loss to the we’re-not-good-but-we’re-getting-there Minnesota Timberwolves. It was a home loss for the Lakers, and one that had to have left a sour taste in the mouths of frustrated of Los Angelians.

The Lakers held a 16 point lead midway through the third quarter; however, the fact that they eventually blew that is not the real concern.  On the final play of the game, down one, longtime journeyman Lou Williams, not Kobe Bryant, took and missed the potential game winner.

In case you missed that, let me spell it out in a whole new paragraph. Bryant did not have the ball in his hand for the final shot in the Lakers home opener! What are you doing L.A.?!

Yes, Bryant has suffered injuries and has not been the same superstar the league was accustomed to watching year after year. But the dude is still the Black Mamba!

Bryant could be a 65-year-old coach in a wheelchair and I’m still giving him the ball in crunch time. Besides Michael Jordan, there has probably been no greater closer than Bryant;  all Bryant has done in his career is make big plays.

But Lou Williams? If the Lakers had landed big man free agent LaMarcus Aldridge over this past offseason and he was the one to take that last shot, that would have been perfectly acceptable.

Now, Julius Randle and D’Angelo Russell are fine young players, but they are not ready for big time moments like that. That was both their first game in the NBA. You look up and down that roster and you see Kobe, and that’s about it. So why Lou Williams?

In the NBA especially, you win games by giving the ball to your best player in clutch moments. This is not hockey where a fourth-line bruiser can luck upon the game winning goal; you win professional basketball games off the back of your best player, plain and simple.

There is no one on that roster worthy enough to take that final shot other than Bryant. It could be a fade-away jumper over a triple-team, but I would still take that over Lou Williams. If the Lakers want to make any noise this season, they need to realize that Bryant has just aged; he is not dead.

One could only imagine the conversations that went on in the locker room after the Laker’s home-openerloss. Coach Byron Scott is for sure going to be under fire from the Laker faithfull.

The preseason projections had the Lakers on the outside looking in on the playoff picture. If that prediction is going to be proven false, however, then Lou Williams needs to learn his place on that roster.

As a Celtics fan, however, it will be oh-so-nice to sit back and watch this Laker team implode.